McIDAS images of MTSAT-2 10.8 Âµm IR channel data (above; click image to play animation) showed the development of a distinct eye associated with Intense Cyclone Ita (23P) as it moved southwestward across the Coral Sea toward the coast of Queensland, Australia on 10-11 April 2014. Cyclone Ita exhibited a period of rapid intensification (Advanced Dvorak Technique plot) early on 10 April, reaching Category 4 intensity (JTWC advisory) on the Saffir-Simpson scale (or a Category 5 on the Australian intensity scale: BOM advisory). Ita had been moving through an environment with weak deep layer wind shear and over warm sea surface temperatures, which aided in its intensification.

A timely overpass of a Metop polar-orbiting satellite provided ASCAT surface scatterometer winds at 11:26 UTC, as seen on an image from the CIMSS Tropical Cyclones site (below). 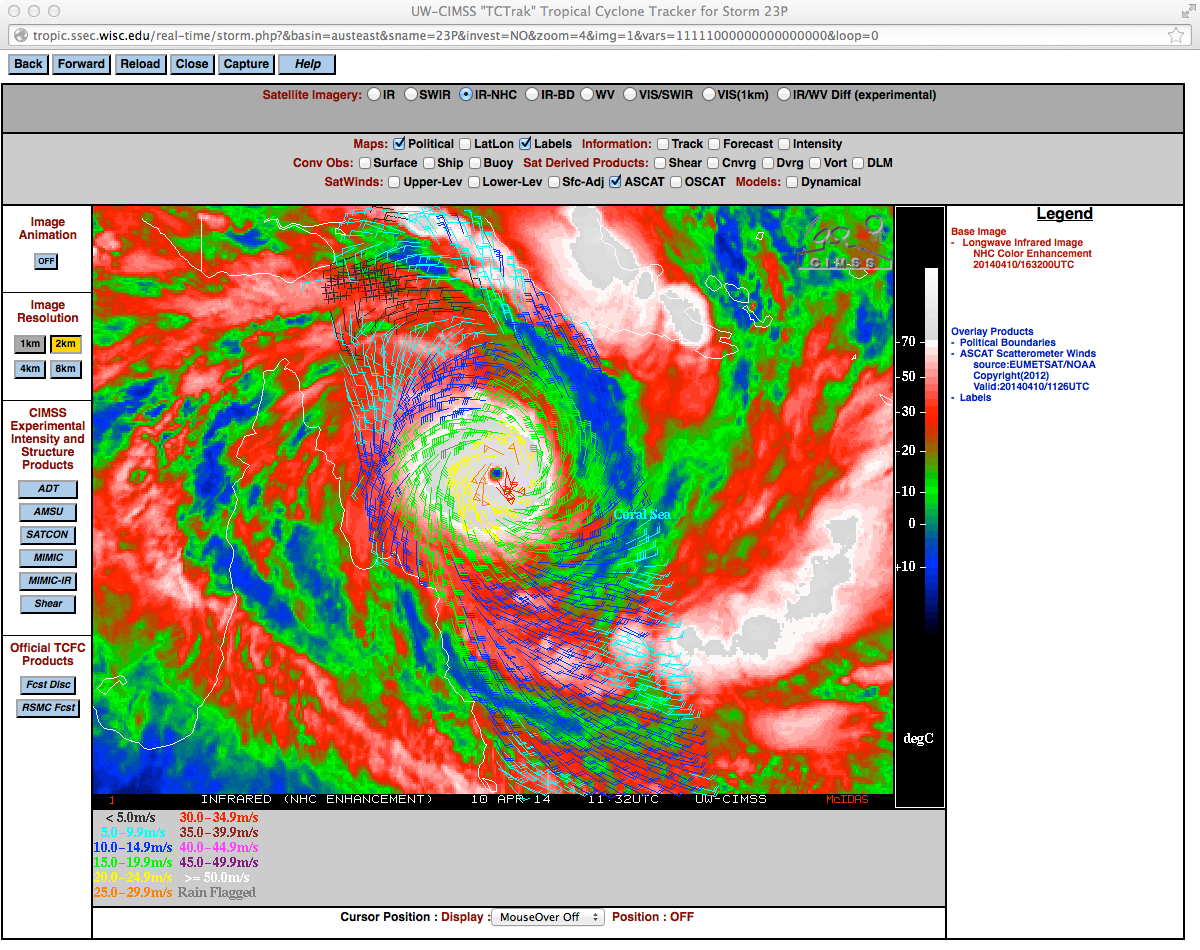 The structure of the eye of Ita was nicely displayed on a TRMM satellite TMI 85 GHz microwave image at 14:32 UTC (below). 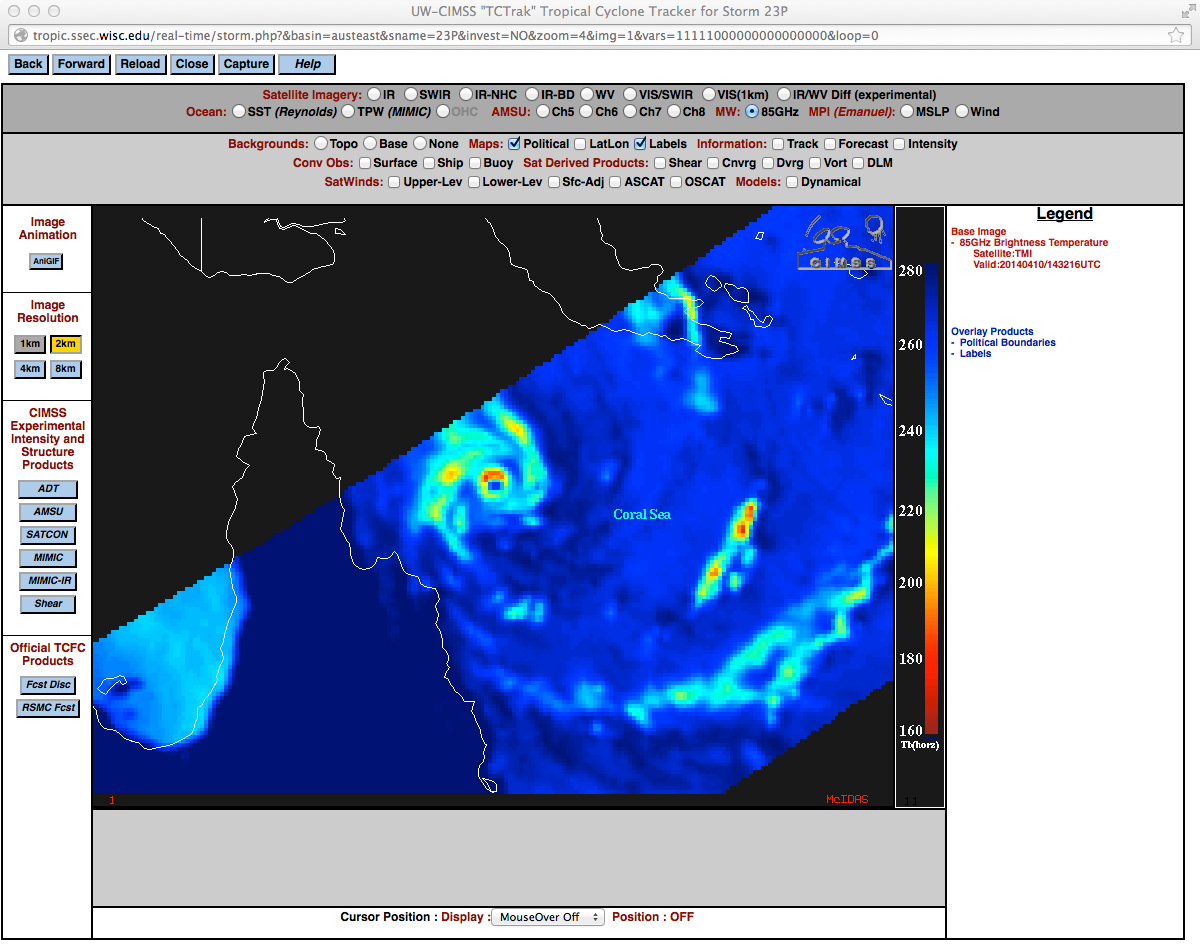 The first available early-morning MTSAT-2 0.675 Âµm visible channel image at 20:32 UTC (below) revealed a convective tower within the northeastern portion of the eyewall region, with a distinct overshooting top (10-11 April animation of MTSAT-2 visible images).

The MTSAT InfraRed/Water Vapor difference product (below; click image to play animation) indicated that overshooting tops were likely around a large area surrounding the core of Ita.

A TRMM satellite TMI 85 GHz microwave image at 05:23 UTC showed that Ita had a double-eyewall structure as it was close to making landfall, indicating that the cyclone was undergoing an eyewall replacement cycle — this suggests that Ita was in a weakening phase as it made landfall.