Smoke from fires in Quebec, Canada

On the following day (30 May), a 1-km resolution MODIS 0.65 Âµm visible image (below) showed the large smoke plumes that continued to drift to the southeast. 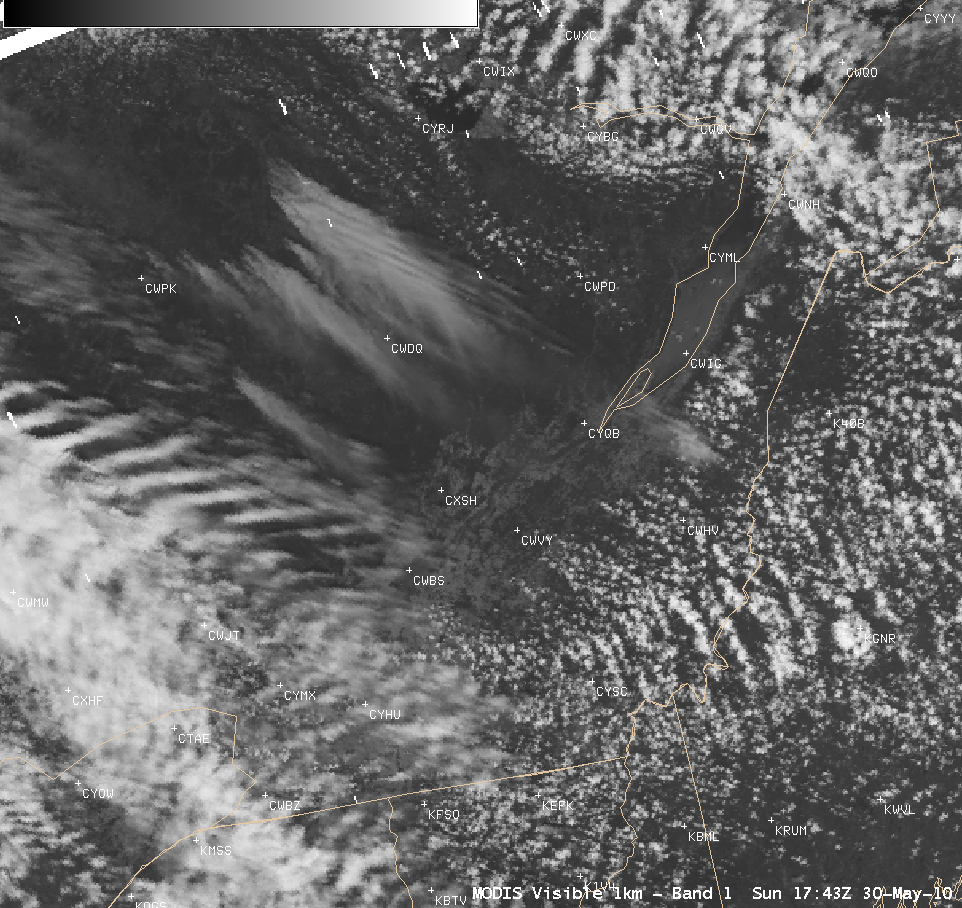 An animation of 4-km resolution GOES-13 3.7 Âµm shotwave IR images (below) showed the flare-up of active fire hot spots (yellow to red color enhancement) during the daytime hours on 30 May.

GOES-13 0.63 Âµm visible channel images (below) depicted the very long smoke plume that had drifted across the northeastern US and out across the adjacent waters of the Atlantic Ocean on 31 May. This thick smoke was reducing visibility and causing air quality problems across parts of New England on that day. 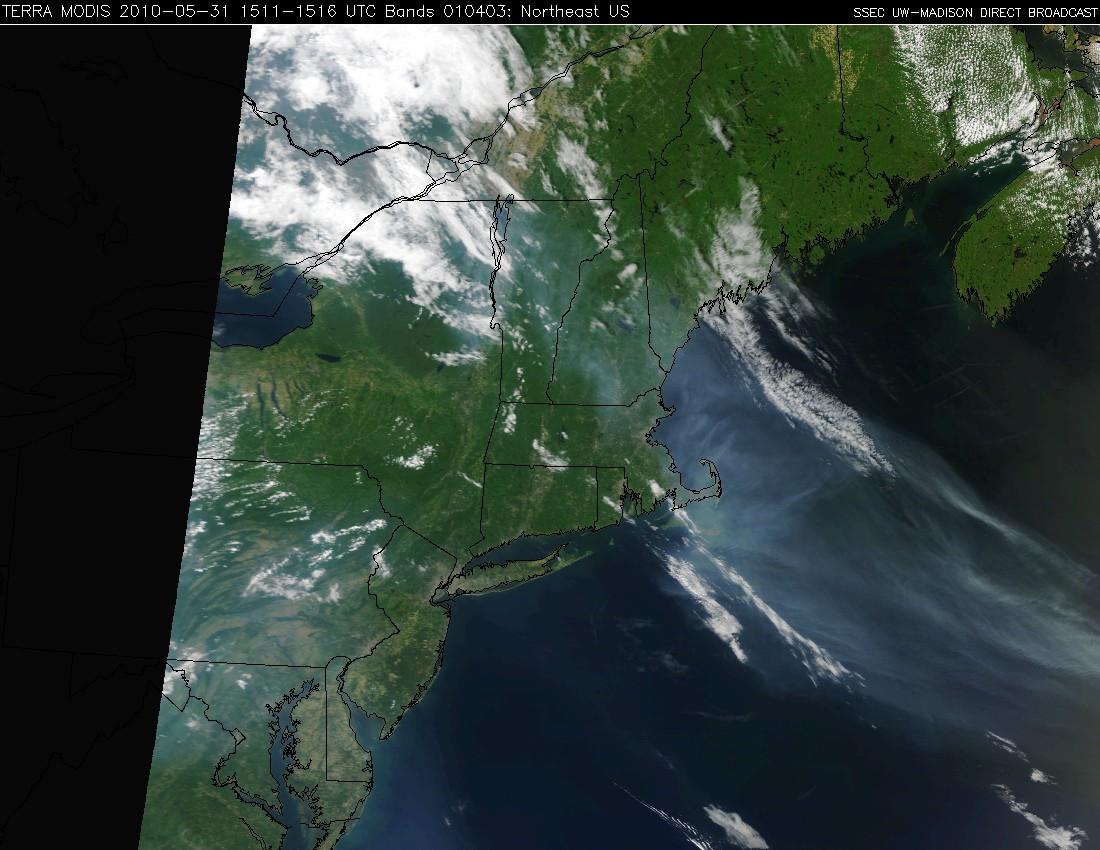