Deepwater Horizon oil rig fire in the Gulf of Mexico

A large explosion aboard the offshore oil rig Deepwater Horizon — located about 52 miles southeast of Venice, Louisiana — occurred around 03 UTC on 21 April 2010. McIDAS images of GOES-13 (GOES-East) Shortwave Infrared (3.9 µm) and GOES-13 Visible (0.65 µm) data (above) showed a “hot spot” (darker black pixels) associated with the post-explosion fire during the nighttime hours — then several hours later with the onset of daylight, the smoke plume could be seen drifting southeastward in visible imagery. The transport of sediment flowing out of the Mississippi River Delta region could also be seen on the GOES-13 visible imagery. Note how the initial hot spot (darker black pixels) transitioned to colder values (lighter gray pixels) as pyro-cumulus clouds formed at the top of the rapidly-rising smoke plume. 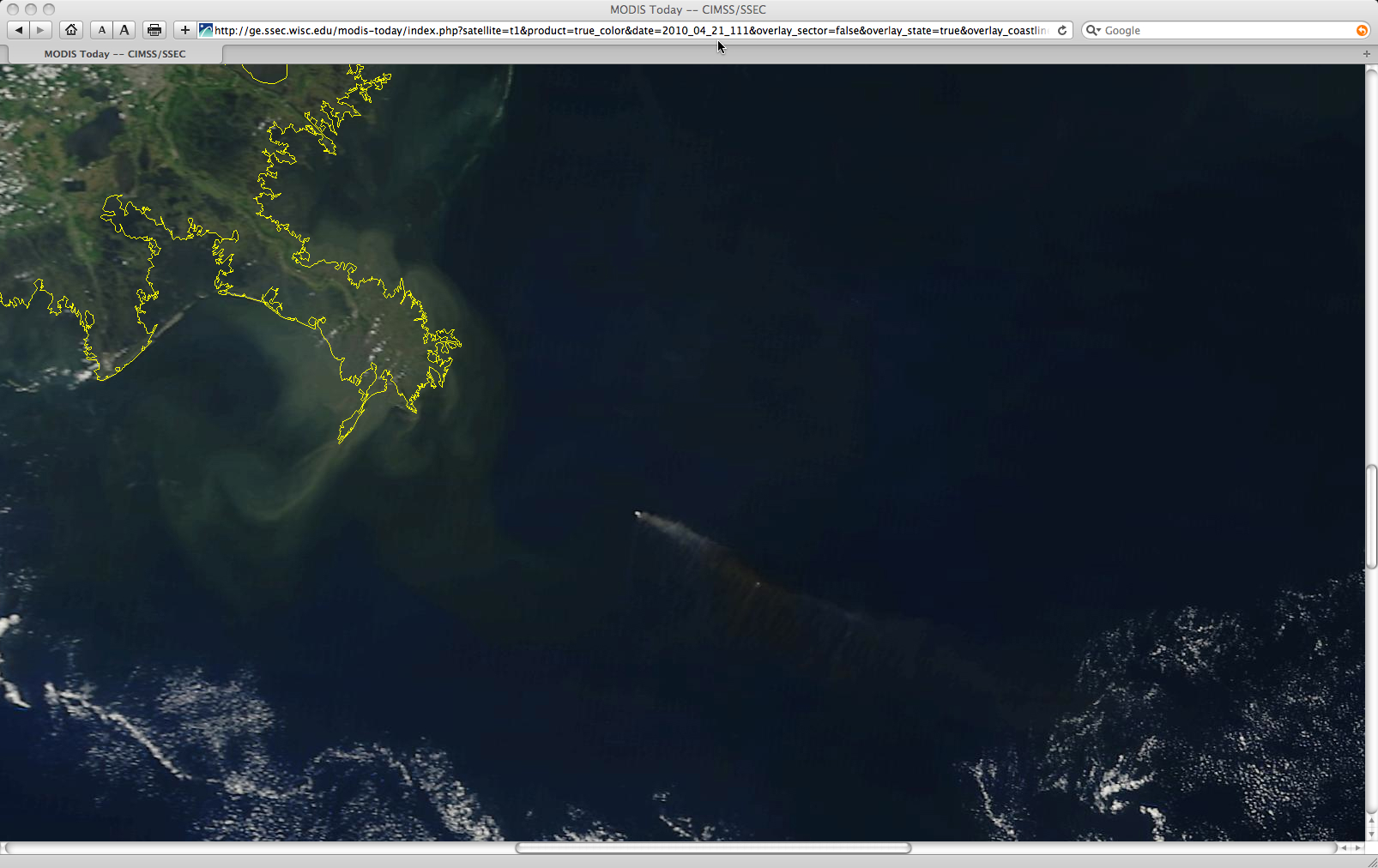 However, it is important to point out that the oil slick feature was easy to detect if it was located within the sun glint portion of the MODIS image swath (where the reflection of solar energy off the thin oil surface makes it appear as a bright feature) — on 25 April, this was the case with the 18:56 UTC overpass of the Aqua satellite. However, about 95 minutes earlier, the oil slick feature was not very apparent on the 17:21 UTC overpass of the Terra satellite, since the sun glint region was located in a different portion of the image swath, such that there was no reflection of solar radiation off the oil slick region reaching the satellite at that time (below).

AWIPS images of the MODIS and AVHRR Sea Surface Temperature (SST) products (below) indicated the the SST values within the oil slick feature were often as much as 5º to 10º F cooler (darker green color enhancement) than the surrounding waters in the northern Gulf of Mexico. The very warm SST values (upper 70s to low 80s F, darker red colors) associated with the Gulf of Mexico Loop Current could be seen in the lower right corner of some of the images.