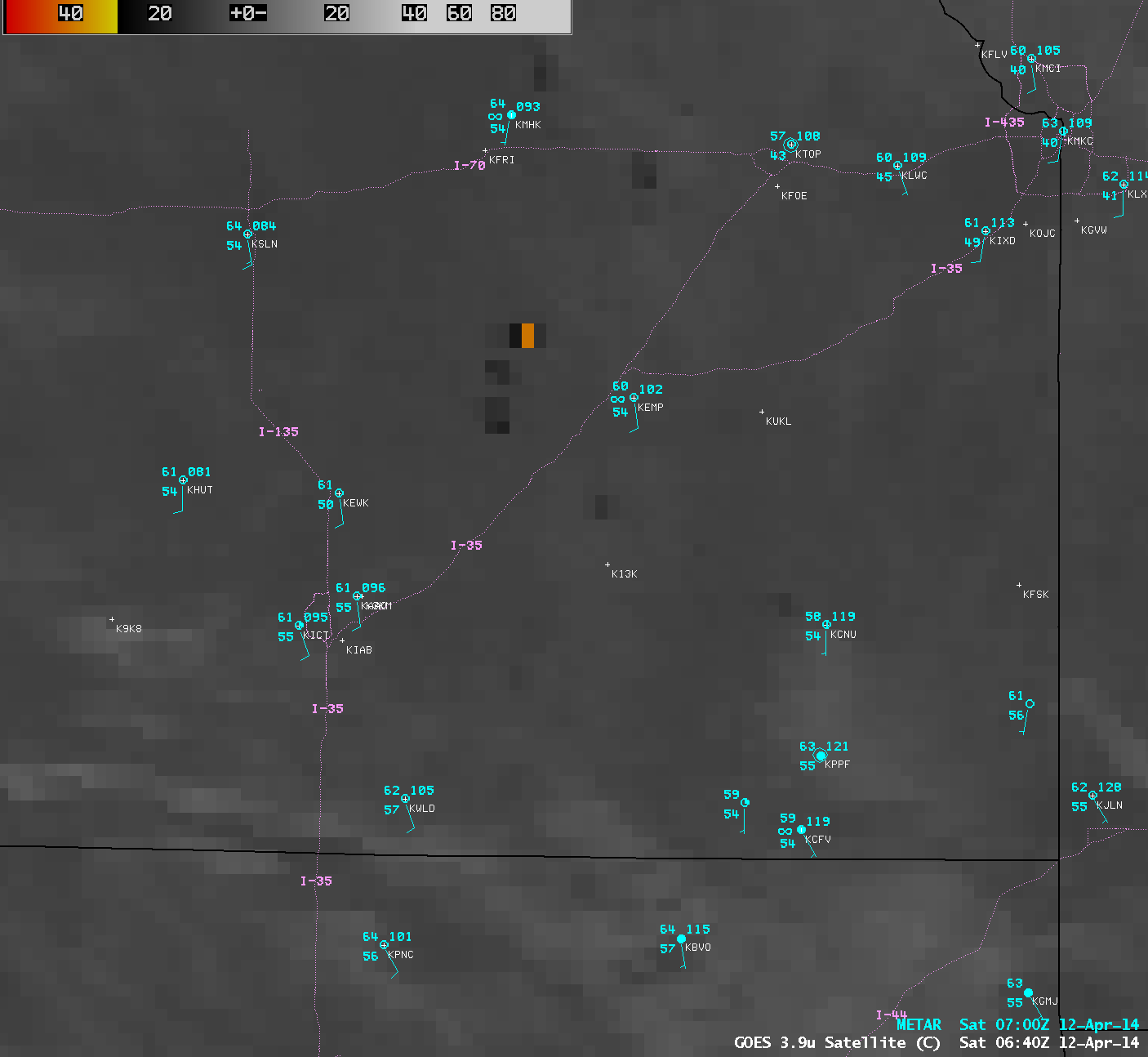 Numerous grassland fires began to burn across parts of eastern Kansas (and also extreme northeastern Oklahoma) during the afternoon hours on 11 April 2014. AWIPS images of 4-km resolution GOES-13 3.9 Âµm shortwave IR channel data (above; click image to play animation) showed that many of these fires continued to burn into the overnight hours — the largest and most intense fire “hot spot” (black to yellow to red color enhancment) was seen northwest of Emporia, Kansas (station identifier KEMP) at 06:40 UTC or 1:40 AM local time, which exhibited an IR brightness temperature of 40Âº C. Smoke from these fires reduced the surface visibility as low as 2 miles at Manhattan (KMHK) and 4 miles at Topeka (KTOP). However, as high cirrus clouds began to move over the region later in the night and toward dawn, identification of the fire hot spots on GOES imagery became more difficult.

A comparison of 1-km resolution Suomi NPP VIIRS 3.74 Âµm and 4-km resolution GOES-13 3.9 Âµm shortwave IR images just after 07 UTC or 2 AM local time (below) demonstrated the advantage of higher spatial resolution for detecting not only the locations of many of the smaller fire hot spots, but also for providing a more accurate value of the intensity of the larger, hotter fires; in this case, the highest IR brightness temperature of the larger fire northwest of Emporia on the VIIRS image was 50.5Âº C (red color enhancement), compared to only 22.5Âº C (darker black color enhancement) on the GOES-13 image.

Since these fires were burning at night, they also exhibited bright signatures on the 0.7 Âµm Suomi NPP VIIRS Day/Night Band (DNB) image; lights from cities and towns also appeared as bright spots on the DNB image, but a comparison with the corresponding VIIRS 3.74 Âµm shortwave IR image helped to identify which could be attributed to actively burning fires (below).

As mentioned above, high cirrus clouds moving over the region later in the night made fire hot spot identification more difficult on the 4-km resolution GOES-13 shortwave IR imagery. However, a 1-km resolution POES AVHRR 3.74 Âµm shortwave IR image at 11:50 UTC or 6:50 AM local time (below) was able to detect a number of fire hot spots (darker black pixels) through the cirrus cloud features. 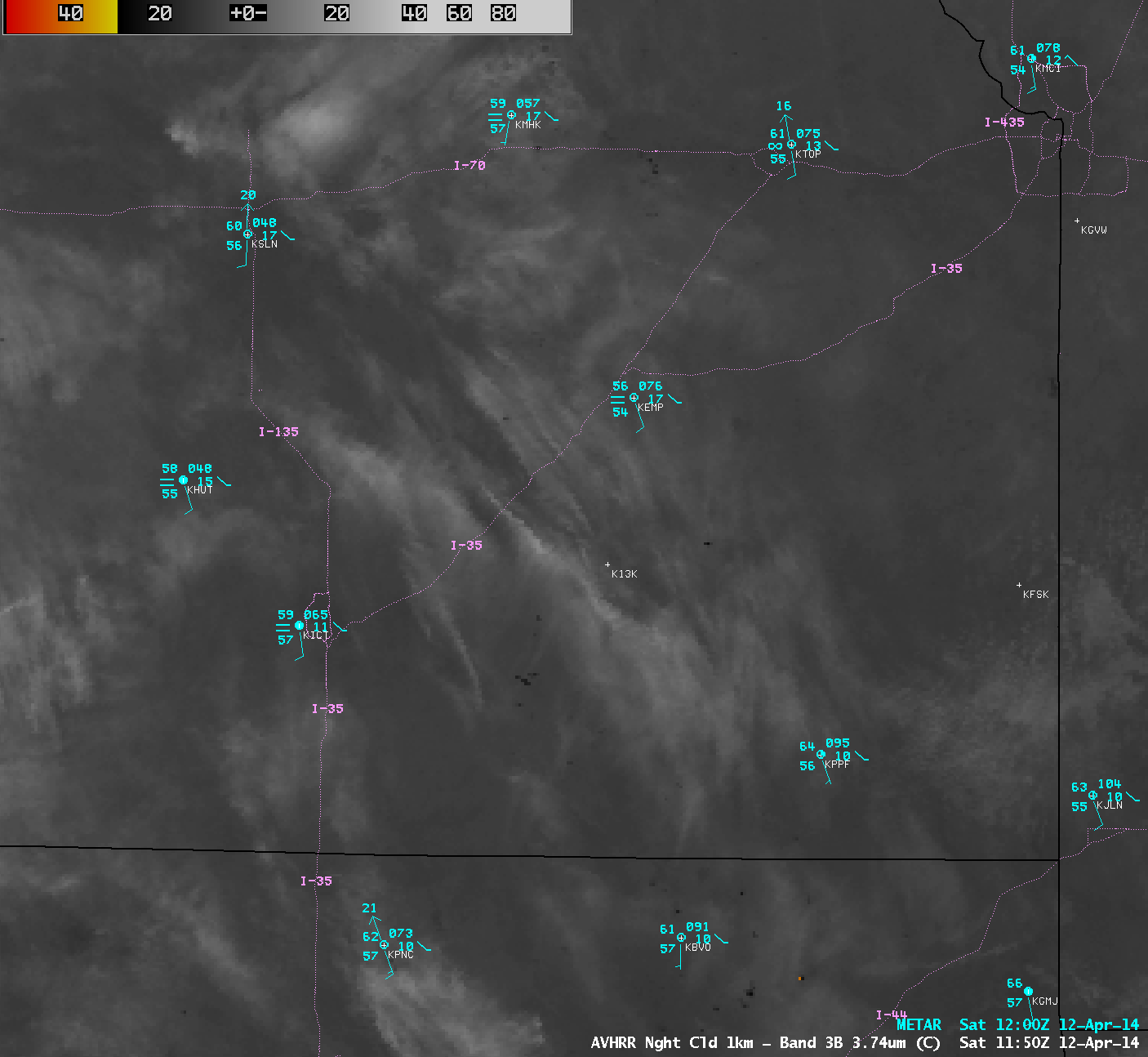