Tropical Storm Dorian has formed in the far eastern Tropical Atlantic, just west of the Cape Verde Islands. The visible imagery above, from GOES-13 (left) and GOES-12 (right) shows the evolution of the storm in the morning on July 25th. The position change in six hours between 0845 UTC and 1445 UTC suggests a steady west-northwest movement. GOES-12 (scheduled to be decommissioned on 16 August) sits above 60 W vs. 75 W for GOES-13. Accordingly, GOES-12 has a more top-down view of the storm (near 35 W on July 25th) and GOES-13’s view is more oblique. This explains the more circular presentation in the GOES-12 imagery compared to GOES-13. A similar difference in geometry is apparent in the 10.7 Âµm imagery shown below. A slow increase in the storm organization is also obvious in the animation below. 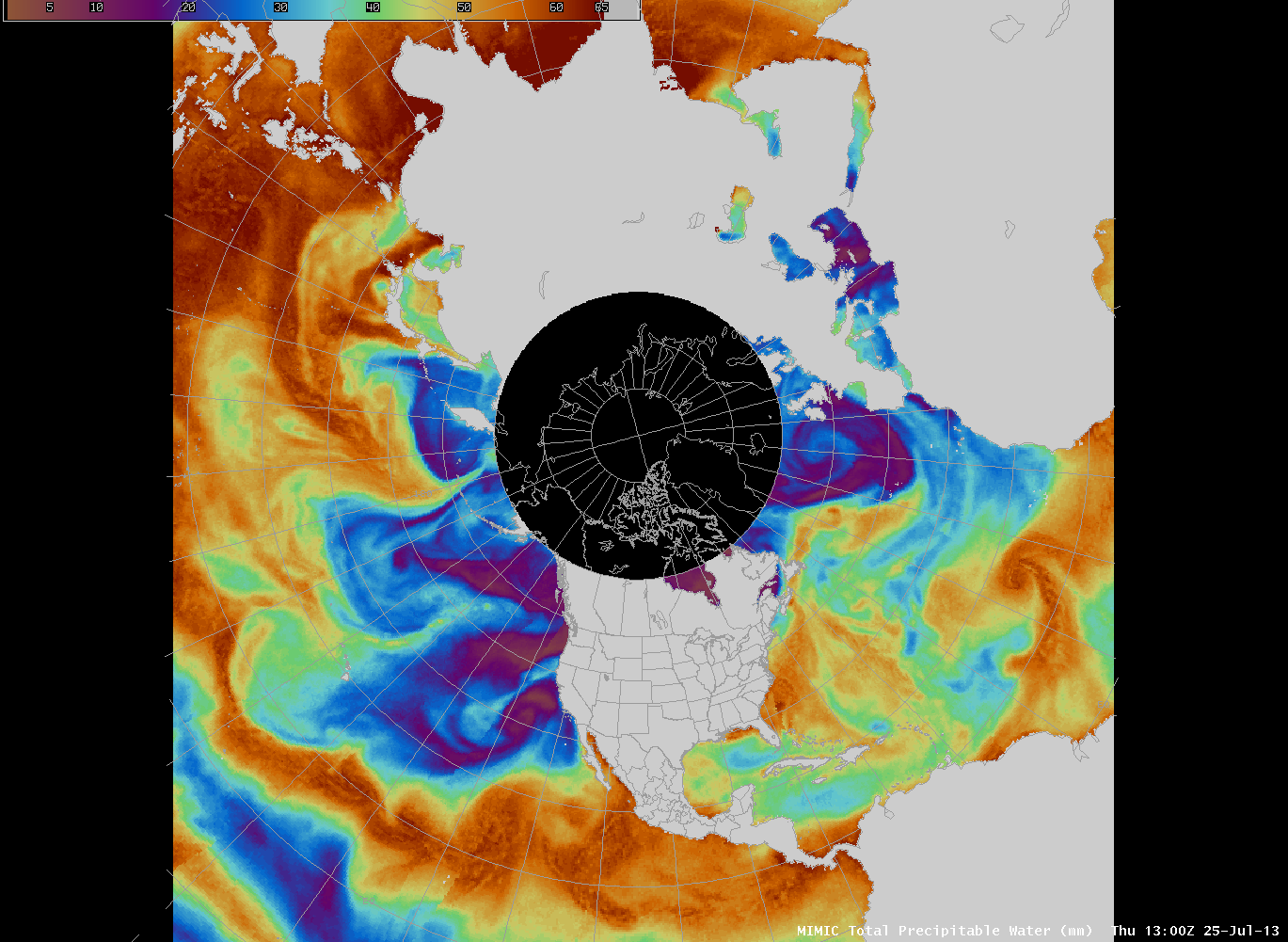 Future development of the storm depends strongly on the environment through which the storm will move. Morphed microwave data (above) suggests that the atmosphere ahead of the storm is dryer, as total precipitable water values are less than 40 mm in the central tropical Atlantic. However, there is robust feed of moisture from the Equator near the South American coast into the storm and ocean surface temperatures are progressively warmer along the projected path of the storm. Sounder data from this site, shown below, suggests that Dorian is moving into a dryer and more stable environment. (In the imagery below, Dorian is the small storm at the far eastern edge of the sounder footprint, near 15 N and 35 W) 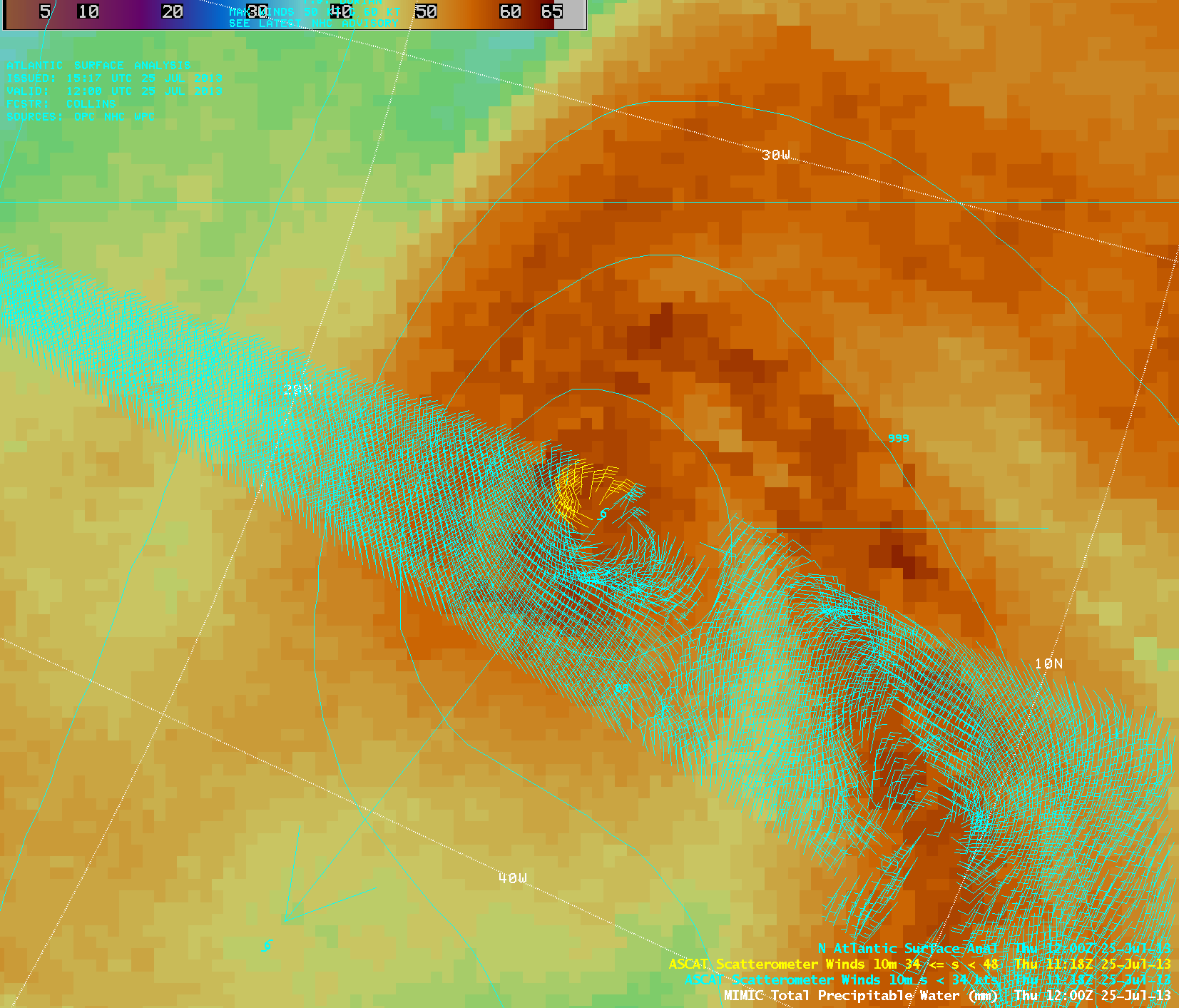 Scatterometer winds from ASCAT, above, show tropical storm-force winds north of the storm center. The storm itself is embedded within a rich moisture feed from the ITCZ. Further information and graphics on the storm are available at the CIMSS Tropical Weather Website and the CIMSS GOES-R Tropical Overshooting Tops Website. Refer to the National Hurricane Center website for official forecasts and storm discussions. People along the southeast coast of the United States and in the Caribbean Sea should monitor the progress of this early-season storm.