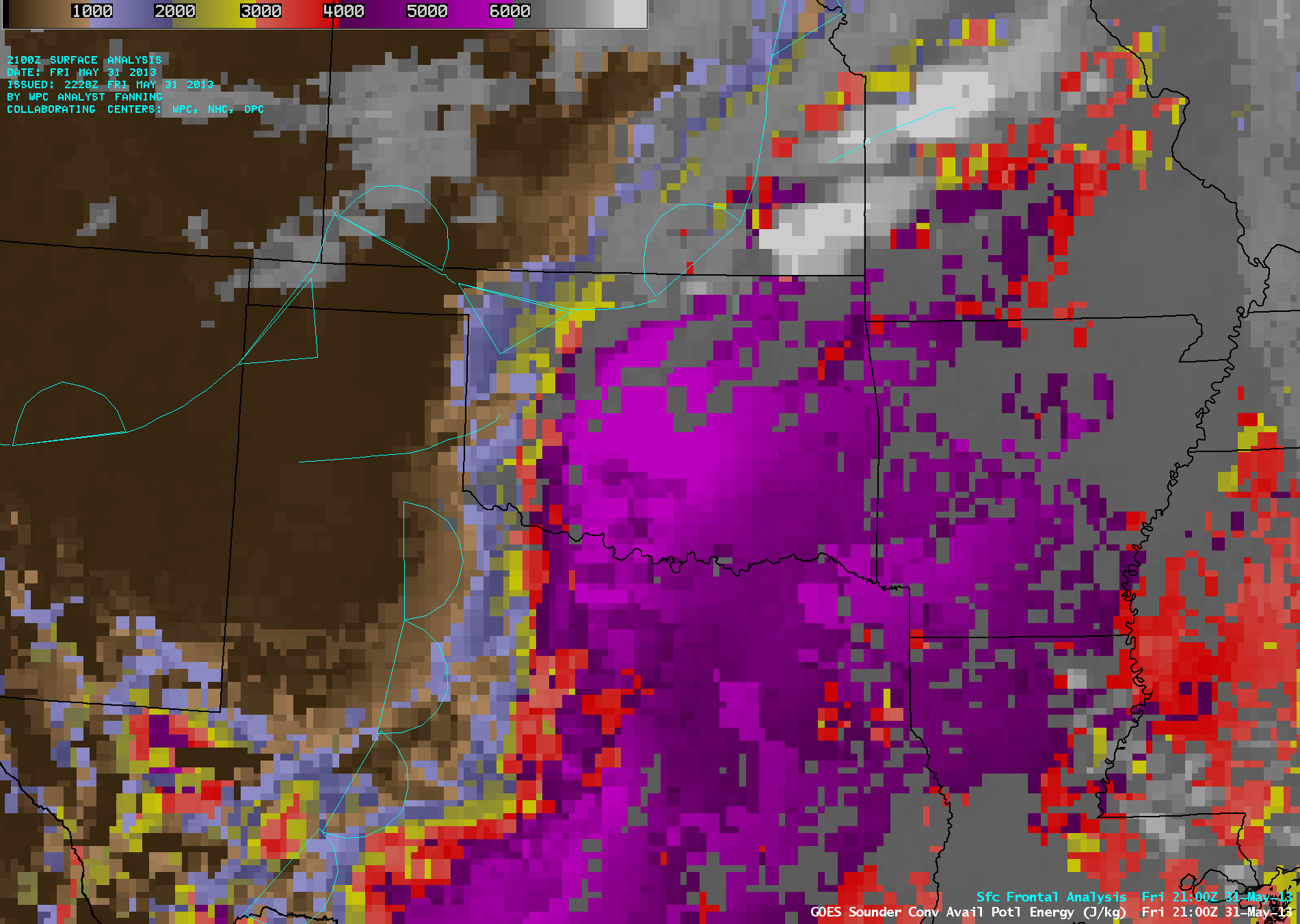 Only 11 days after the devastating EF-5 tornado that struck Moore, Oklahoma, another round of severe weather brought tornadoes (including the EF-5 El Reno tornado) large hail (up to 2.5 inches in diameter), damaging winds (gusts as high as 87 mph), and heavy rain that led to flash flooding to the Oklahoma City area on 31 May 2013 (SPC storm reports). AWIPS images of the 10-km resolution GOES-14 sounder Convective Available Potential Energy (CAPE) derived product (above; click image to play animation) showed the trend of rapid destabilization across the region during the hours leading up to convective initiation — widespread CAPE values in the 5000-6000 J/kg range were seen (lighter purple color enhancement).

Once convective initiation began the storm growth was explosive, as revealed by McIDAS images of 1-km resolution GOES-14 0.63 µm visible channel data (below; click image to play animation; also available as a QuickTime movie). The GOES-14 satellite had been placed into Rapid Scan Operations (RSO) mode, providing images as frequently as every 5-10 minutes. Complex storm-top structures were evident in the visible imagery, including numerous overshooting tops and anvil gravity waves. In addition, later in the animation a smoke plume can be seen approaching from the west (originating from a large fire that was burning in New Mexico). OKC denotes the location of Oklahoma City. 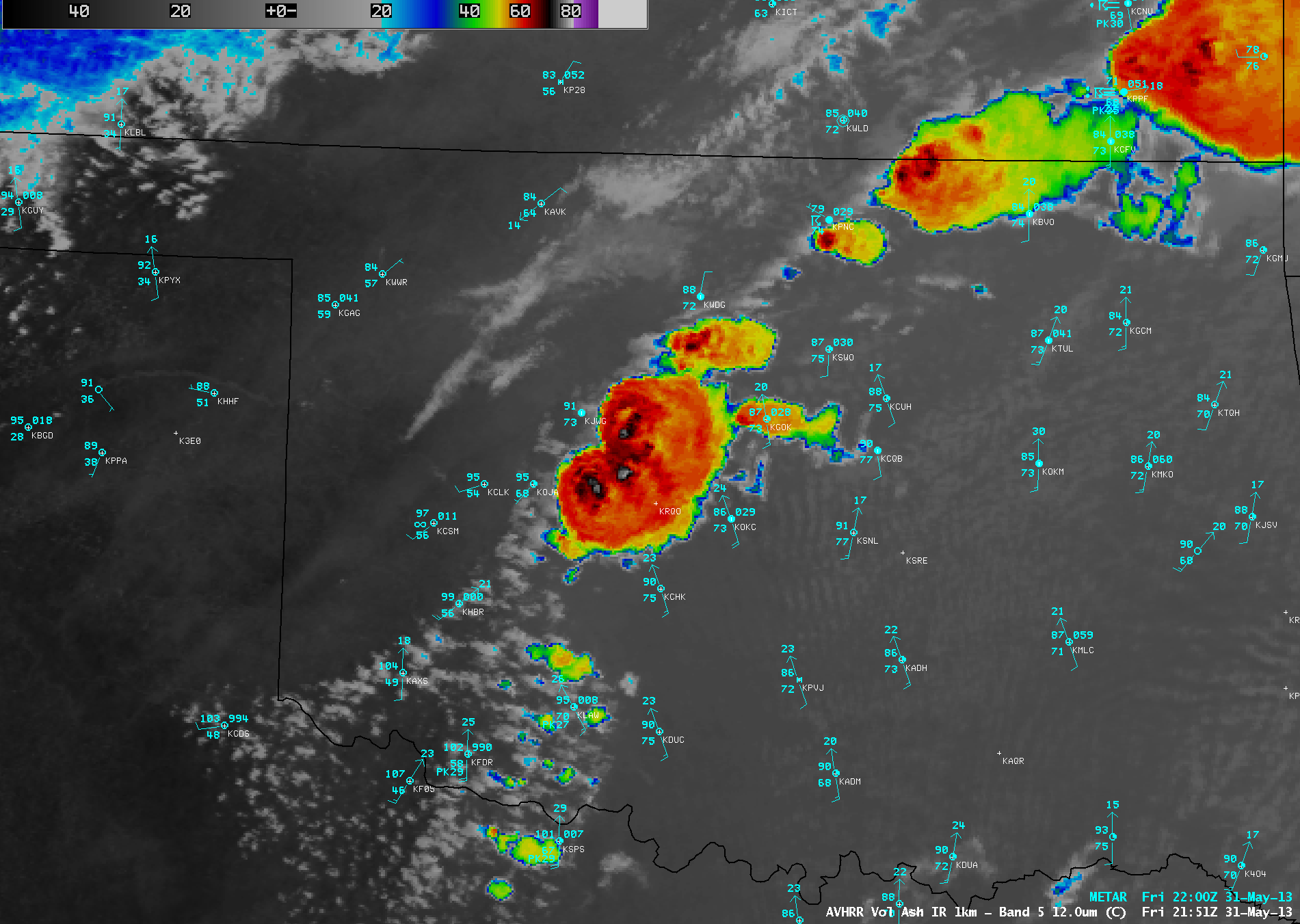 AWIPS image combinations of GOES-14 10.7 µm IR channel data with overlays of Cloud Top Cooling (CTC) Rate and Overstooting Top (OT) Detection products (below; click image to play animation) showed the following: (1) the first region of significant CTC that was flagged with the newly-developing Oklahoma City storm was at 21:15 UTC, with a CTC rate of -8.8º C compared to the previous GOES-14 IR image; (2) the CTC rate increased to -26.9º C for the following 21:25 UTC IR image; (3) the CTC rate jumped to a remarkable -60.2º C for the following 21:32 UTC IR image (an indicator of the explosive rate of storm development); (4) OT detection icons began to appear once GOES-14 IR images exhibited IR brightness temperature values of -60º C and colder (beginning at 21:55 UTC). 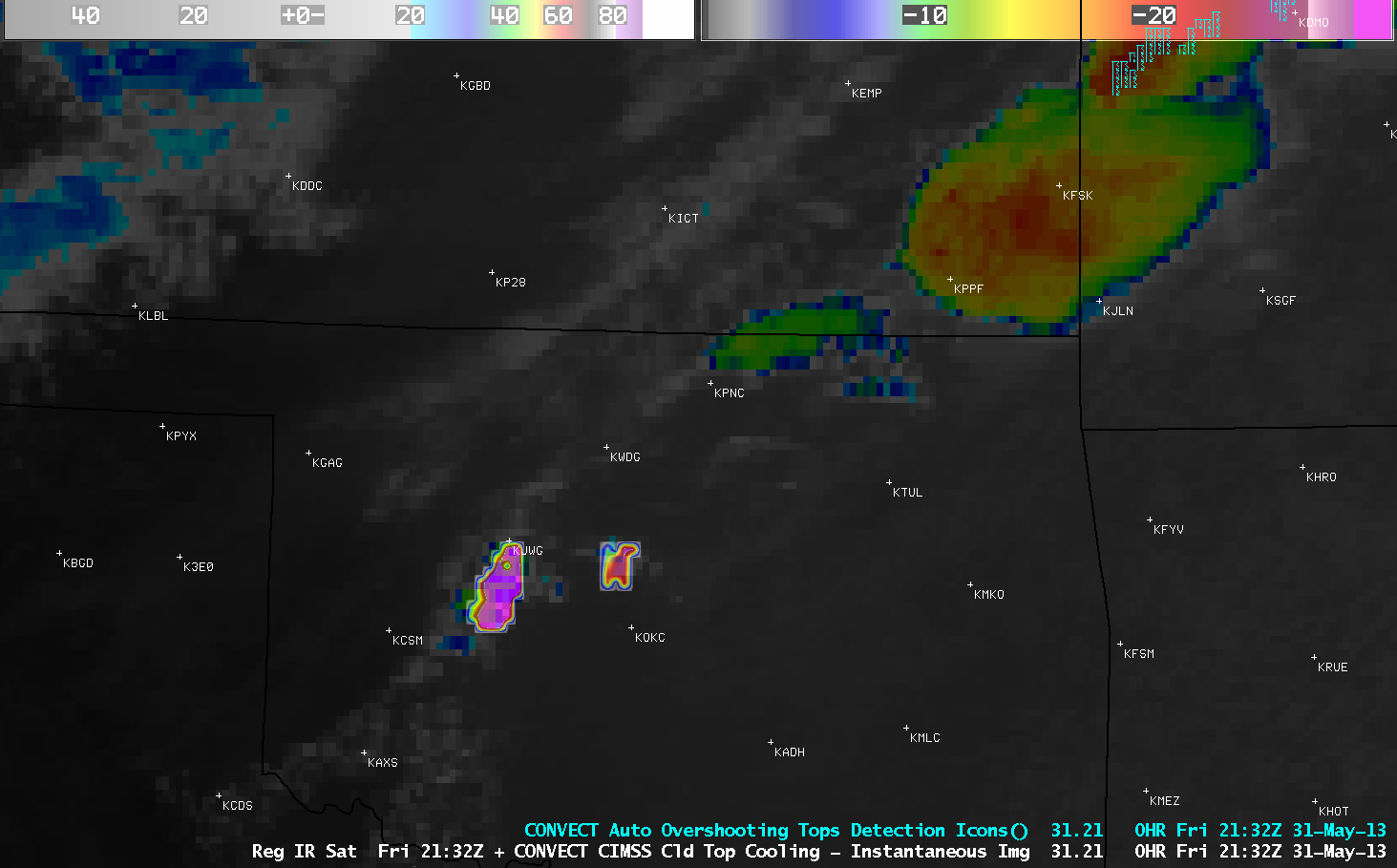 A comparison of before (14 May) and after (02 June) 250-meter resolution True Color Red/Green/Blue (RGB) images from the SSEC MODIS Today site (below) showed the damage path from the 31 May El Reno, Oklahoma tornado. The lakes and rivers appear brighter on the 02 June image due to sun glint off the bodies of water (the sun-satellite geometry was different than it was on 14 May). 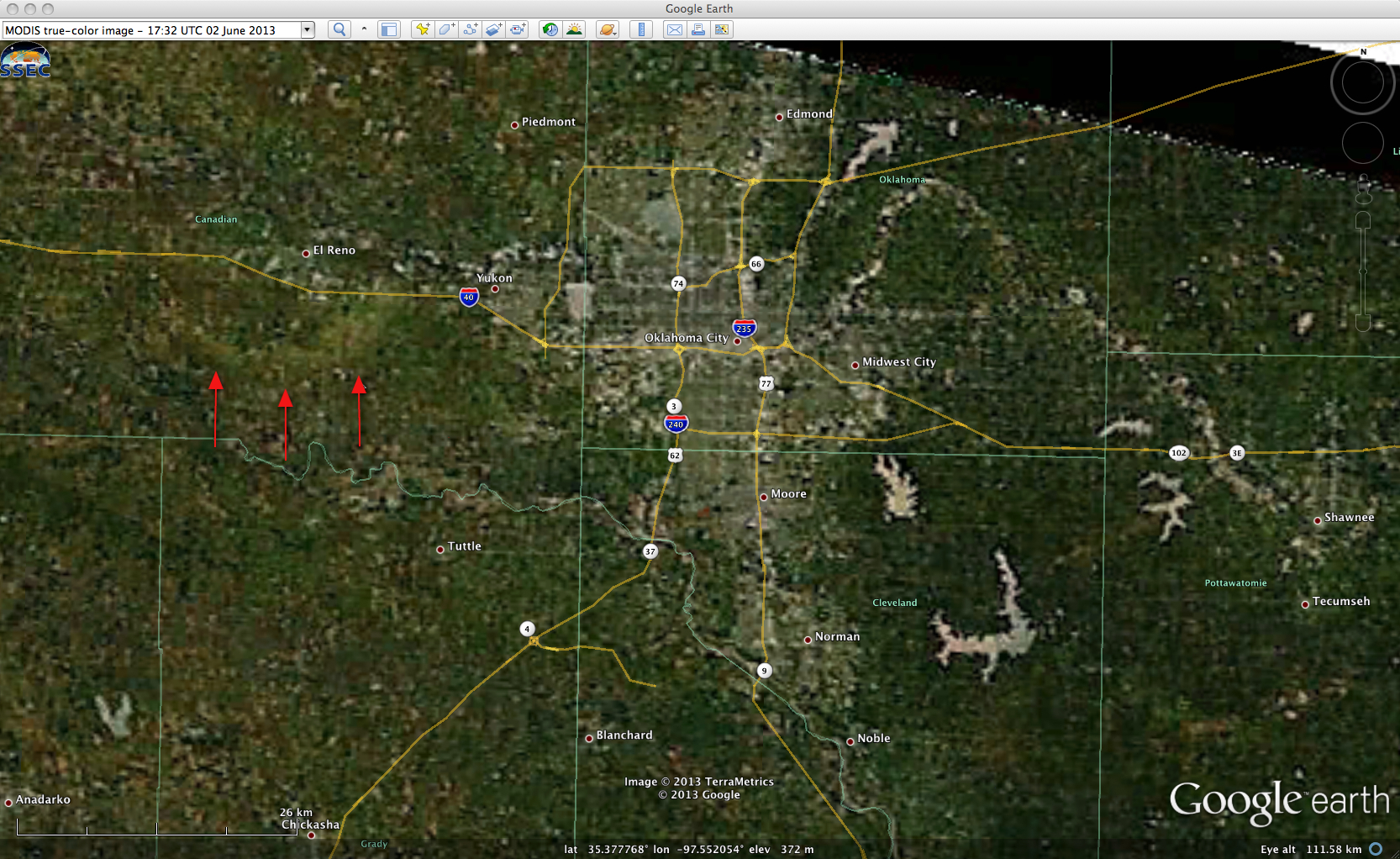