A devastating tornado struck Moore, Oklahoma just after 20:00 UTC or 3:00 PM local time on 20 May 2013, causing extensive (EF4 to EF5) damage and at least 24 fatalities. McIDAS images of GOES-15 (GOES-West) and GOES-13 (GOES-East) 0.63 Âµm visible channel data (above; click image to play animation; also available as a QuickTime movie) showed the line of rapidly-developing thunderstorms over southern and central Oklahoma during the early afternoon hours — Moore is located about halfway between Oklahoma City (OKC) and Norman (OUN). Earlier in the day the GOES-13 satellite had been placed into Rapid Scan Operations (RSO) mode (providing images as frequently as every 5-10 minutes), while the GOES-15 satellite was placed into Super Rapid Scan Operations (SRSO) mode (providing bursts of imagery at 1-minute intervals) after 20:15 UTC. According to the preliminary NWS damage survey, the tornado began around 19:45 UTC just west of Newcastle, and ended around 20:35 UTC just east of Moore.

Comparisons of the 1-km resolution VIIRS 11.45 Âµm IR and MODIS 11.0 Âµm IR images with their corresponding 4-km resolution GOES-13 10.7 Âµm IR images (below)Â  demonstrated the value of higher spatial resolution to aid in the earlier and more accurate detection of the cold cloud-top IR brightness temperatures values associated with these rapidly-developing convective cells. There were significant differences in the magnitude of the coldest cloud-top IR brightness temperatures with the more northerly cell that spawned the Moore tornado:Â  -68 C on VIIRS vs -51 C on GOES, and -76 C on MODIS vs -62 C on GOES. The northwestward shift in the location of features on the GOES-13 images was due to parallax.

A 250-meter resolution Aqua MODIS true-color Red/Green/Blue (RGB) image from the SSEC MODIS Today site (below; viewed using Google Earth) shows a closer view of the northernmost cell that produced the Moore tornado, along with hail as large as 3.25 inches in diameter (SPC storm reports). 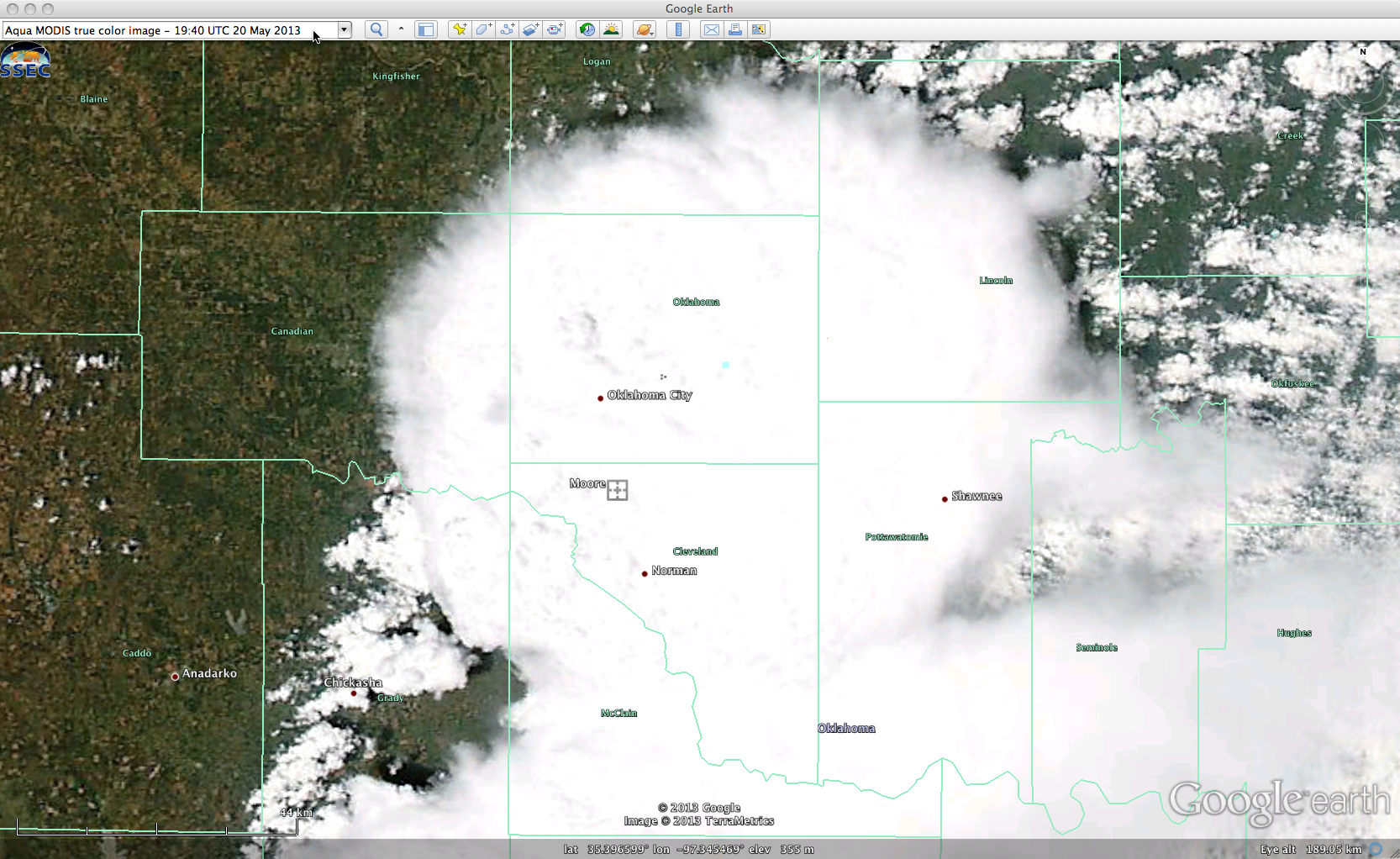 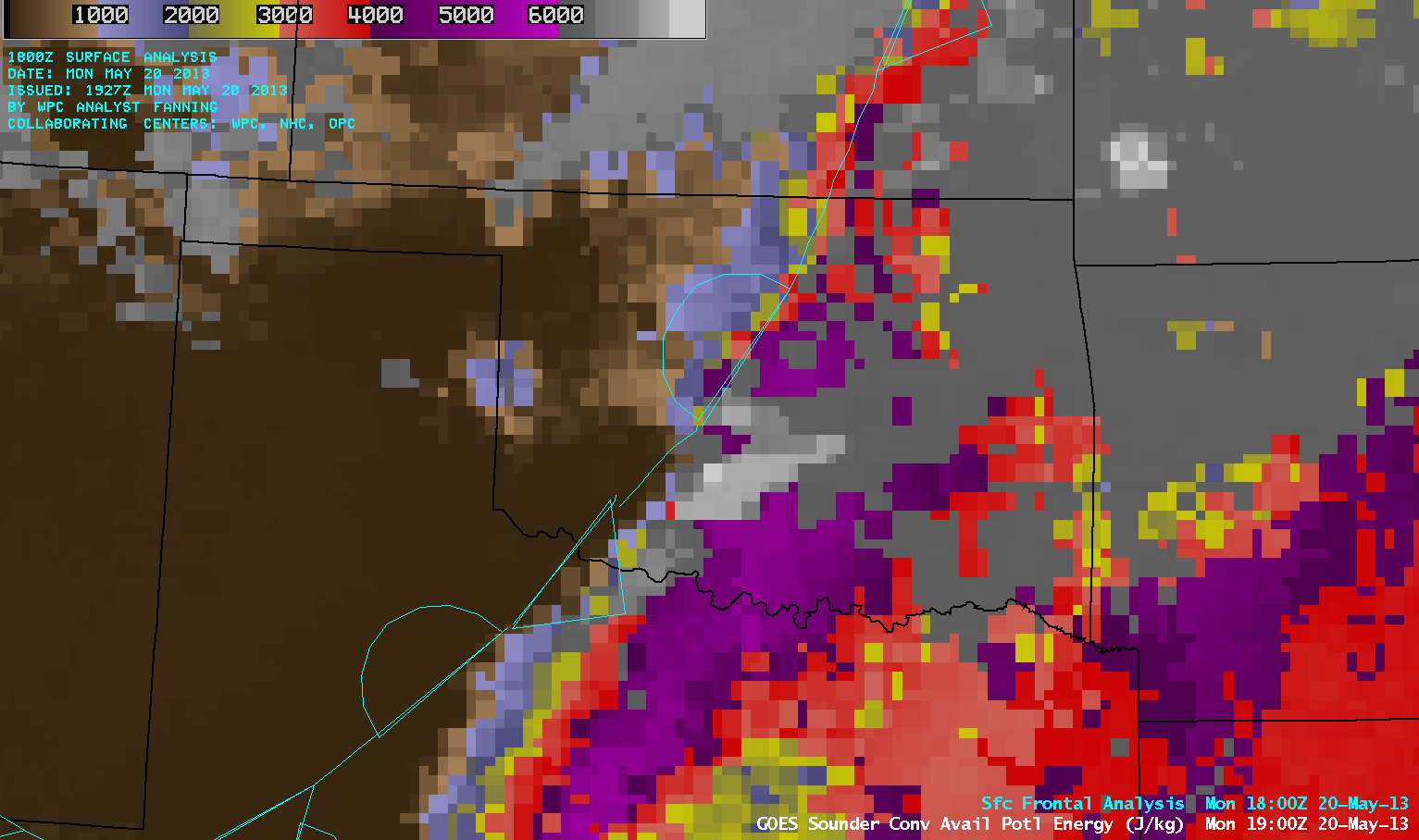