In September of 2012, Imagery from both the GOES-13 Sounder and from the GOES-13 Imager showed increasing amounts of noise. On September 23, 2012, GOES-13 was placed in standby mode after both the Sounder and Imager suffered anomalies. The 1046 UTC image and the 2115 UTC image, both on September 23rd, were the last images produced by the sounder and imager, respectively. GOES-14, which had been switched on for an annual north-south maneuver and for subsequent GOES-R simulations, has been standing in as GOES-East for GOES-13 since 24 September.

An outgas was performed on the GOES-13 Sounder that has improved image quality. During an outgas, the sounder instruments are heated (in this case, for nearly 2 days). This drives off molecules that have condensed onto sensors during the satellite’s lifetime. These volatile molecules originate from the various lacquers and coatings that are on the surfaces of the satellite (a rough analogy is new car smell). Sounder imagery from before and after the outgas shows the improvement in all shortwave channels. Similarly, imagery from the imager (below), shows that GOES-13 and GOES-14 have comparably clean signals. 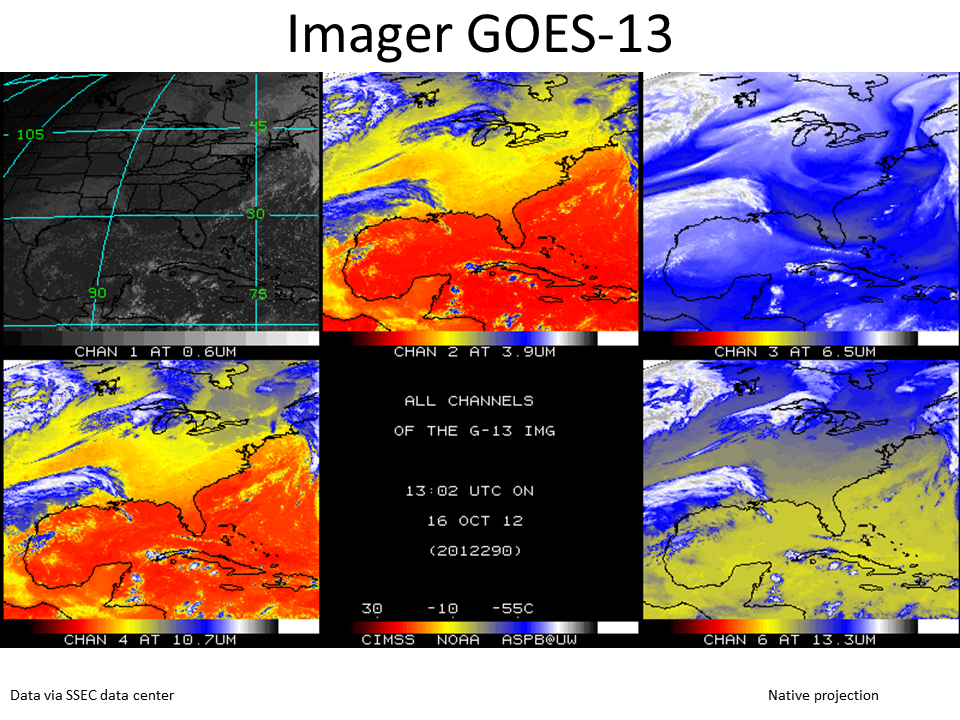 The reduction in noise for Sounder channels means that sounder-derived products will be cleaner. The imagery below is the Total Precipitable Water product derived from the sounder. Cleaner signals in the shortwave infrared channels means fewer fictitious clouds (a comparison using GOES-14 is available here). It is possible that Channel 15, the noisiest of the shortwave IR channels on the sounder, will soon be excluded from both sounder-derived TPW and cloud-top pressure. 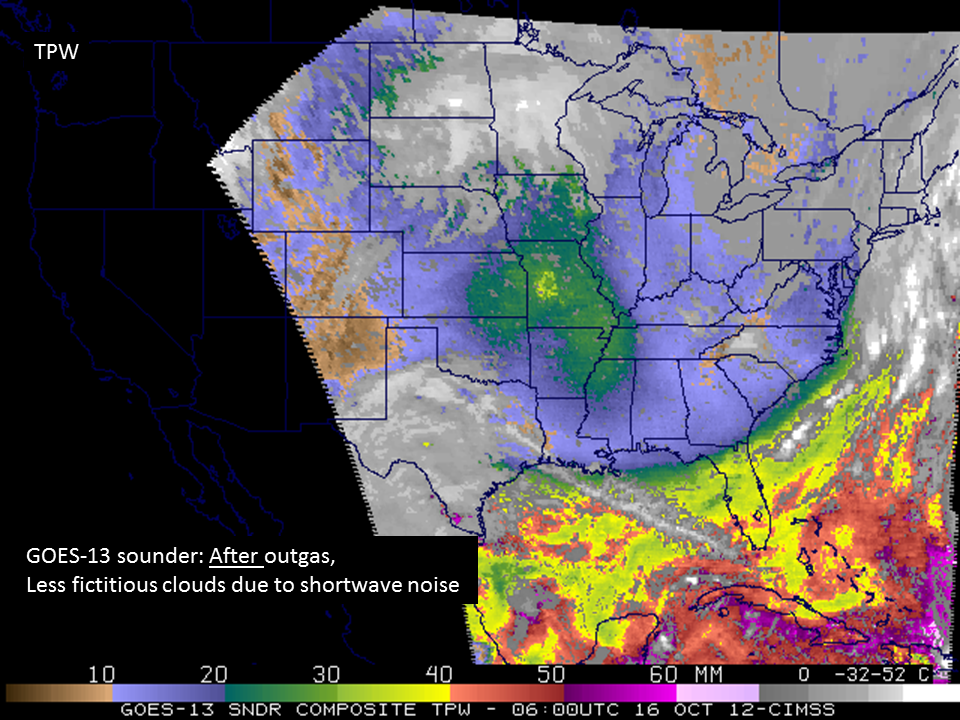 NOAA/NESDIS scientists will continue to monitor GOES-13 performance before GOES-14 is put back into storage. In the meantime, a drift-stop maneuver on GOES-14 will occur at 1356 UTC on 19 October, stopping GOES-14’s eastward drift towards the GOES-East station longitude of 75 W. GOES-14 will be very near 90 W when the drift-stop occurs. This link from the Washington Post Capital Weather Gang blog gives additional information. See also this memo from NOAA SSD. Real-time sounder imagery is available here.