The GOES Imager infrared channels are displaying increasing amounts of small-scale noise that is manifest in imagery as herringbone or checkerboard features, as shown in the comparison above with a MODIS water vapor imagery. The animation below, an AWIPS composite of GOES-13 and GOES-15, shows increasing amounts of noise with a peak near 0830 UTC (when the loop pauses), before the noise relaxes. There seems, then, to be a diurnal component to the noisy behavior. 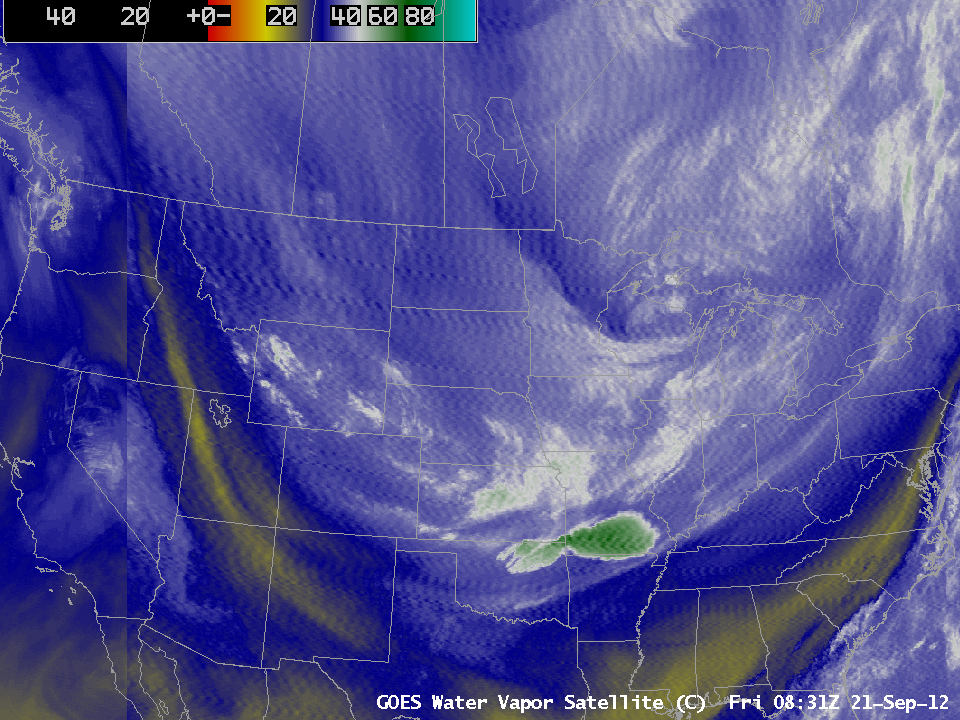 The noise is apparent in the GOES-13 imagery in the loop above, but not in the GOES-15 imagery that is displayed on the western side of the north-south seam from eastern Washington southward to Baja California.

Similarly, a comparison of GOES-13 and GOES-14 data over the north-central United States shows a clean signal in GOES-14. Compare, for example, the checkerboard signal over northern Illinois in the GOES-13 imagery to the same region in the GOES-14 imagery. 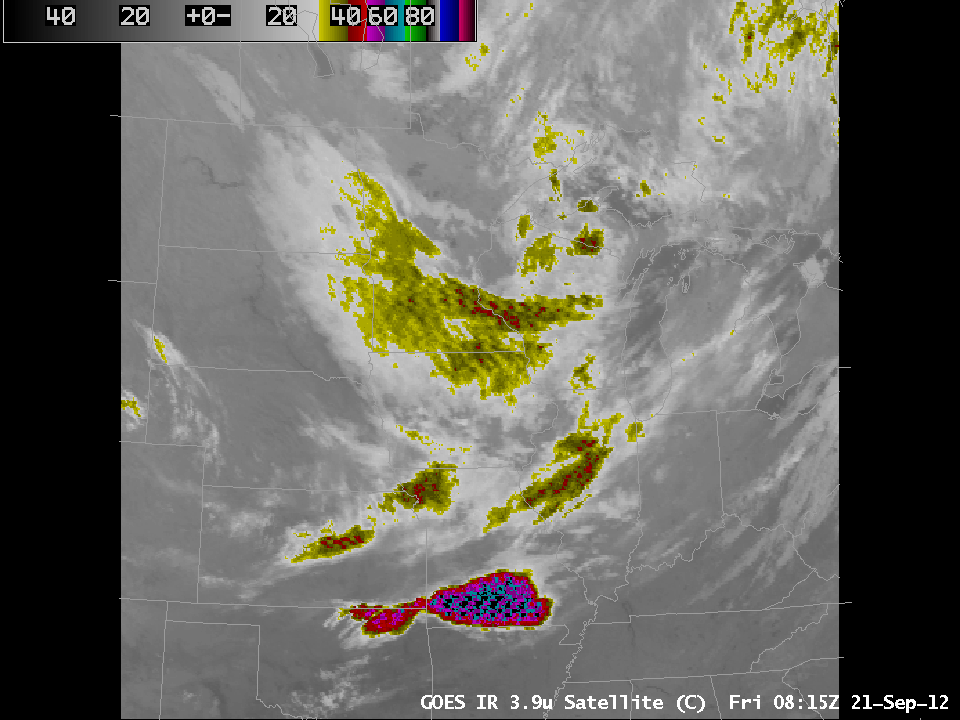 The noise is also apparent, though more subtle, in other channels, especially the shortwave Infrared (3.9 Âµm), as evidenced above. The herringbone/checkboard pattern is present both in the very cold cloud tops of the convection over southern Missouri and in the mid- and high-level clouds over the central Mississippi Valley. The noise in the 3.9 channel is also apparent in the heritage fog product that simply takes the difference between the 10.7 Âµm and 3.9 Âµm brightness temperatures. (The noise is not apparent on this day in the GOES-R IFR Probability Product that fuses the brightness temperature difference field with model data).

An animation of GOES-13 Water Vapor imagery at 0815 UTC from 7 September 2012 through 21 September 2012 shows that the noise is a recent, but now persistent, issue with the Imager. It may have started around September 12.

The noise is present in both Imager and Sounder data. This suggests that the root cause may be with the satellite platform itself, not necessarily with the instruments on board. NOAA/NESDIS scientists are actively working to determine the cause of the noise in the signal.