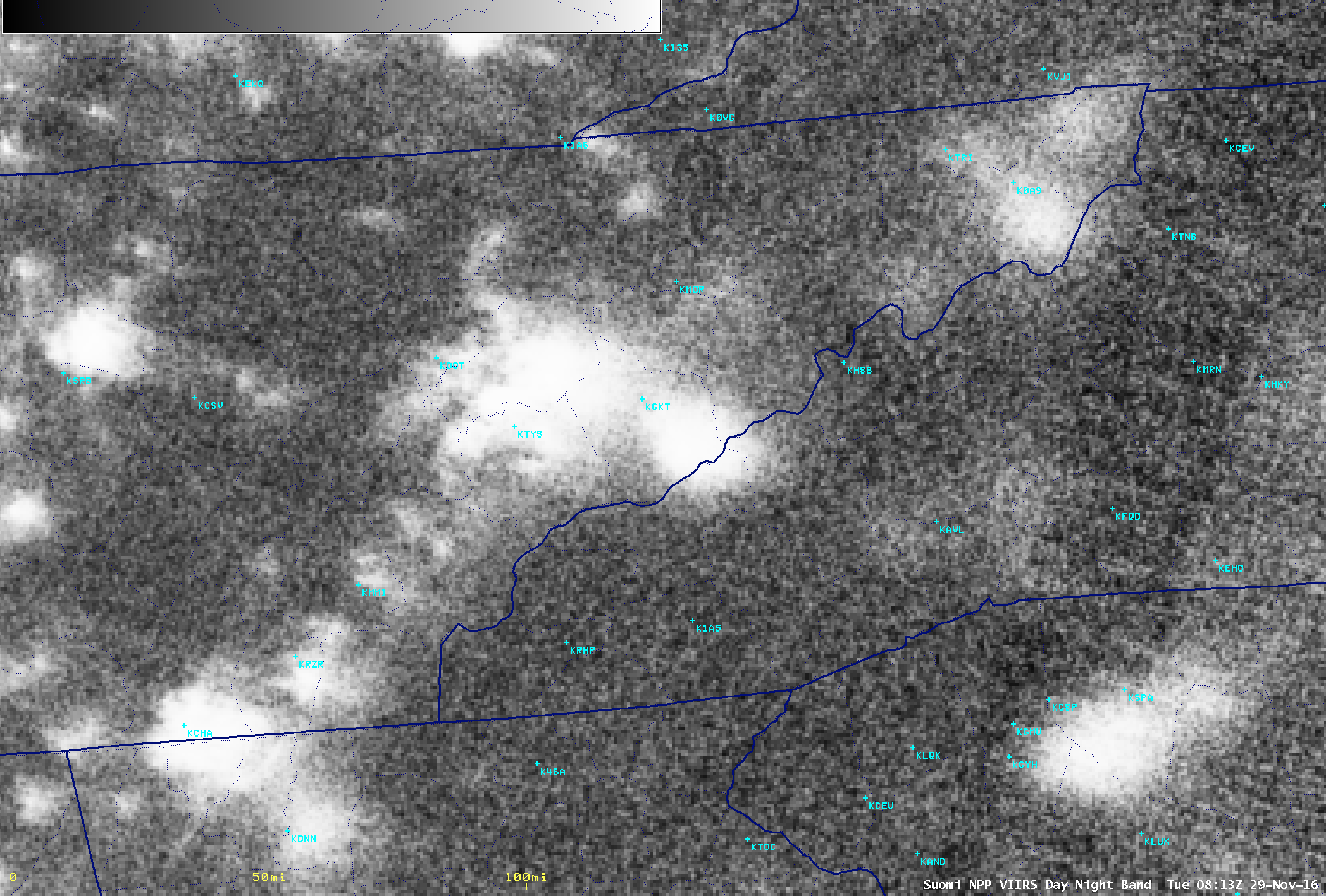 Wildfires had been burning in the Great Smoky Mountains for a few weeks (see previous blog posts) as extreme to exceptional drought persisted over the region. However, on 28 November 2016 weather conditions became conducive to extreme fire behavior — and this allowed the Chimney Tops 2 Fire south of Gatlinburg, Tennessee to race rapidly northward (fire perimeter map), driven by strong... Read More 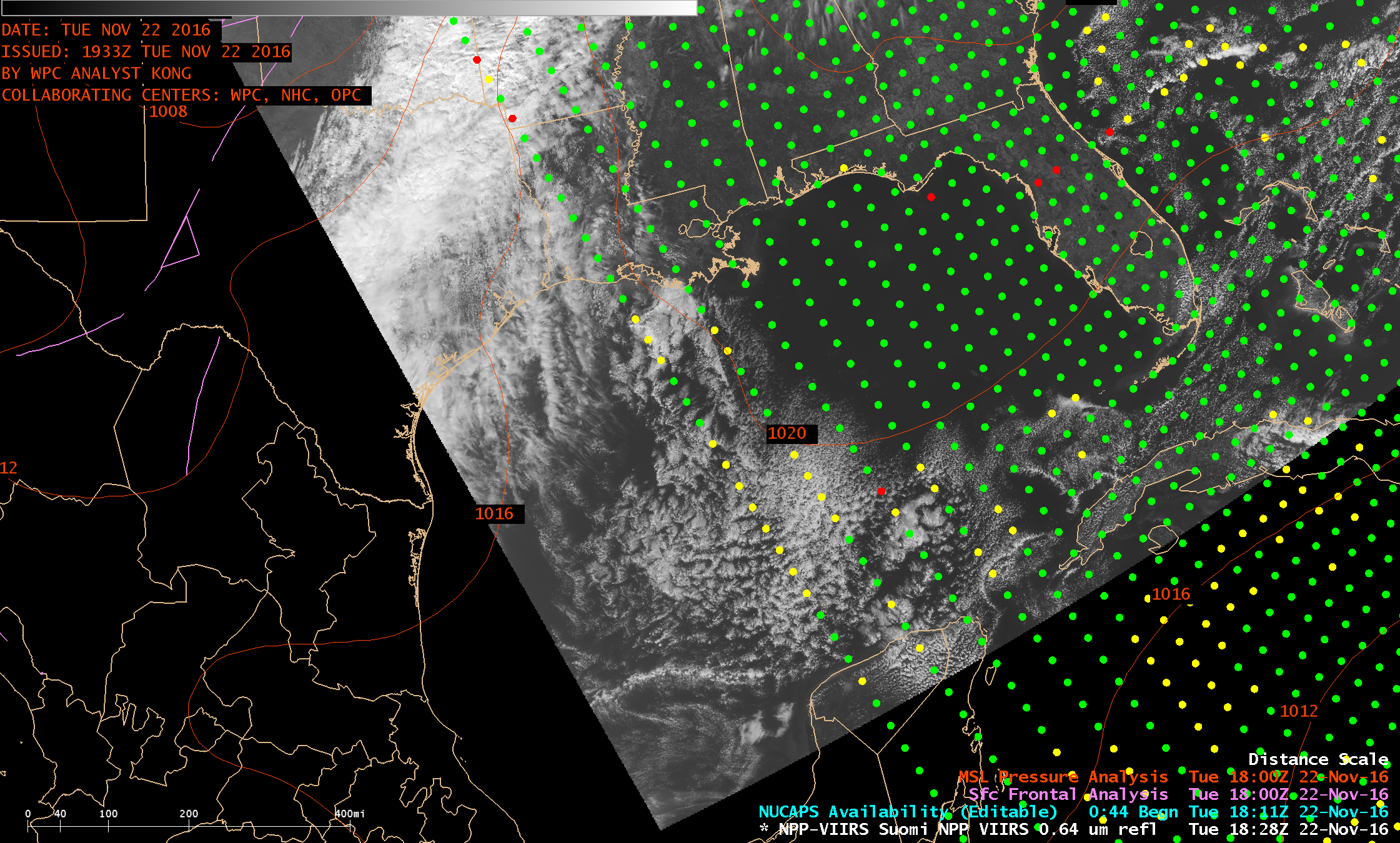 GOES-13 Visible (0.63 µm) images (above) revealed a series of gravity waves propagating southeastward across the Gulf of Mexico on 22 November 2016. These waves appeared to be moving through or along the tops of the marine boundary layer stratocumulus cloud field; since the hourly winds from surface/buoy/ship reports were  generally from... Read More 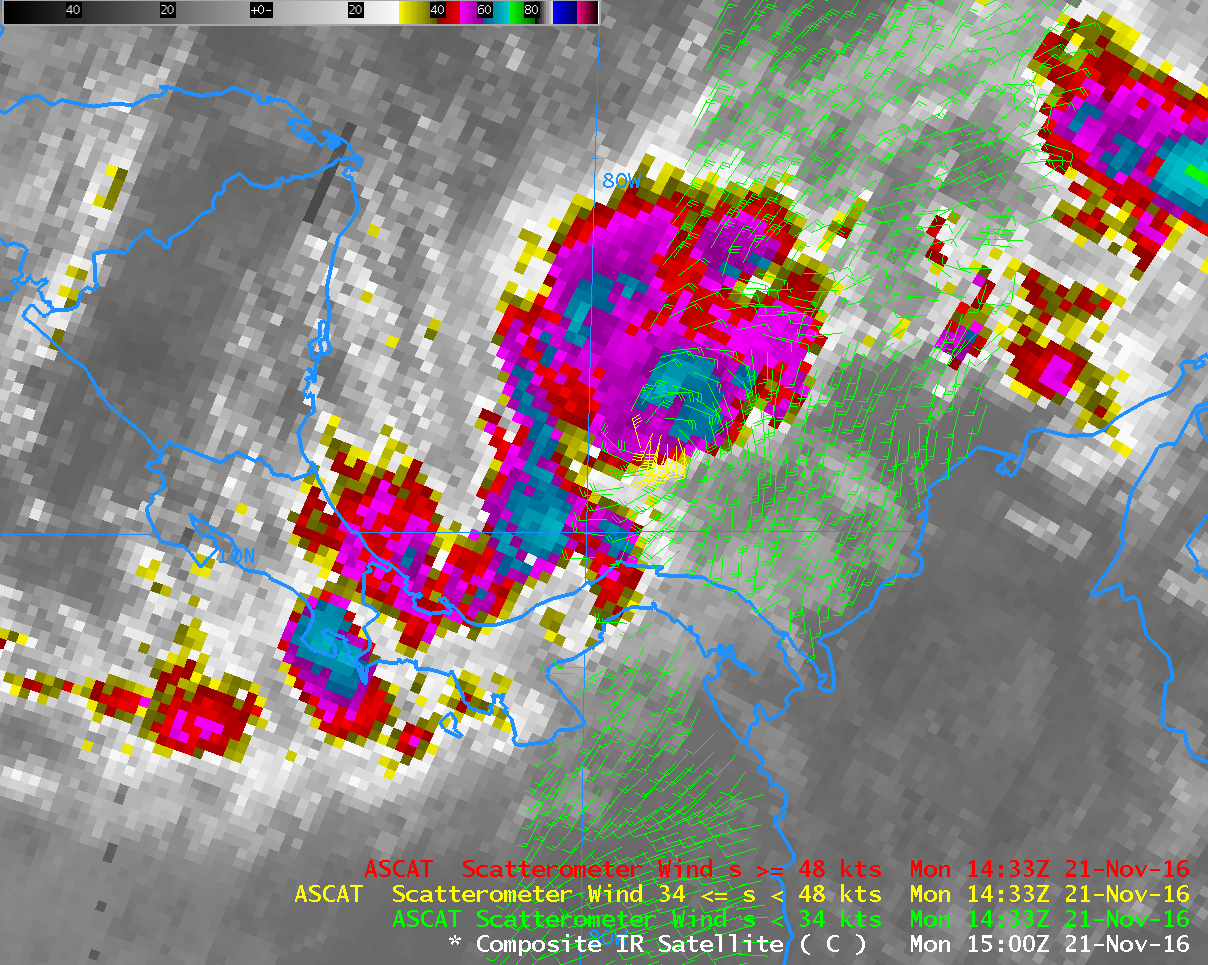 A late-season tropical depression has formed in the southwestern Caribbean Sea. The morning Metop-A pass on 21 November 2016 allowed ASCAT scatterometer winds to be sampled over the system: rain-flagged values near tropical storm force were present as shown above. A similar image (from this site) is available here, and also here (from... Read More