Turbulence over the central Pacific Ocean

A mid-latitude cyclone intensified as it moved northeastward across Nebraska, the eastern Dakotas and northern Minnesota (3-hourly surface analyses) during 25 December – 26 December 2016. GOES-13 (GOES-East) Water Vapor (6.5 µm) images (above) showed distinct banding within the warm conveyor belt, a well-defined dry slot, and a large comma head that formed from the... Read More 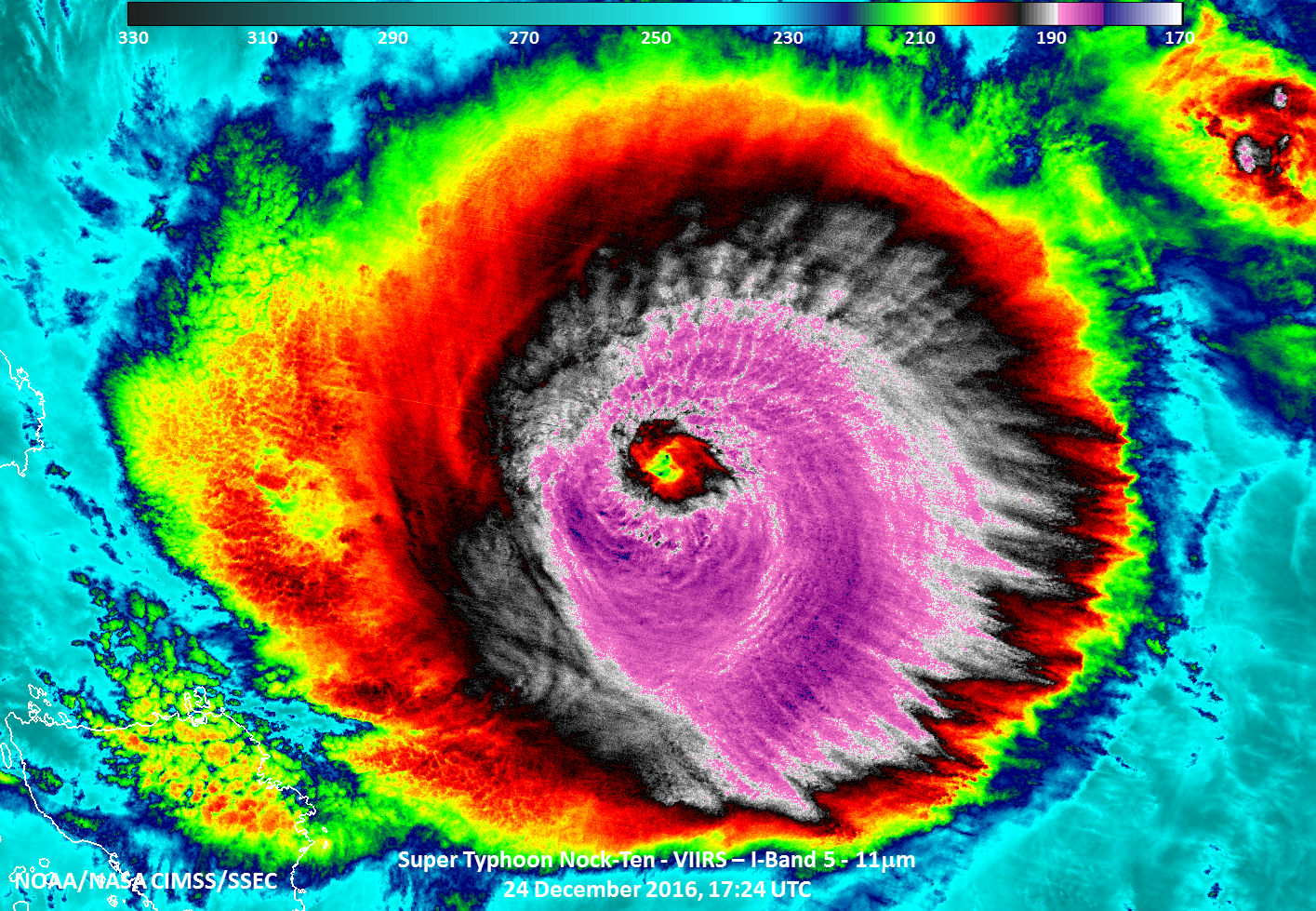 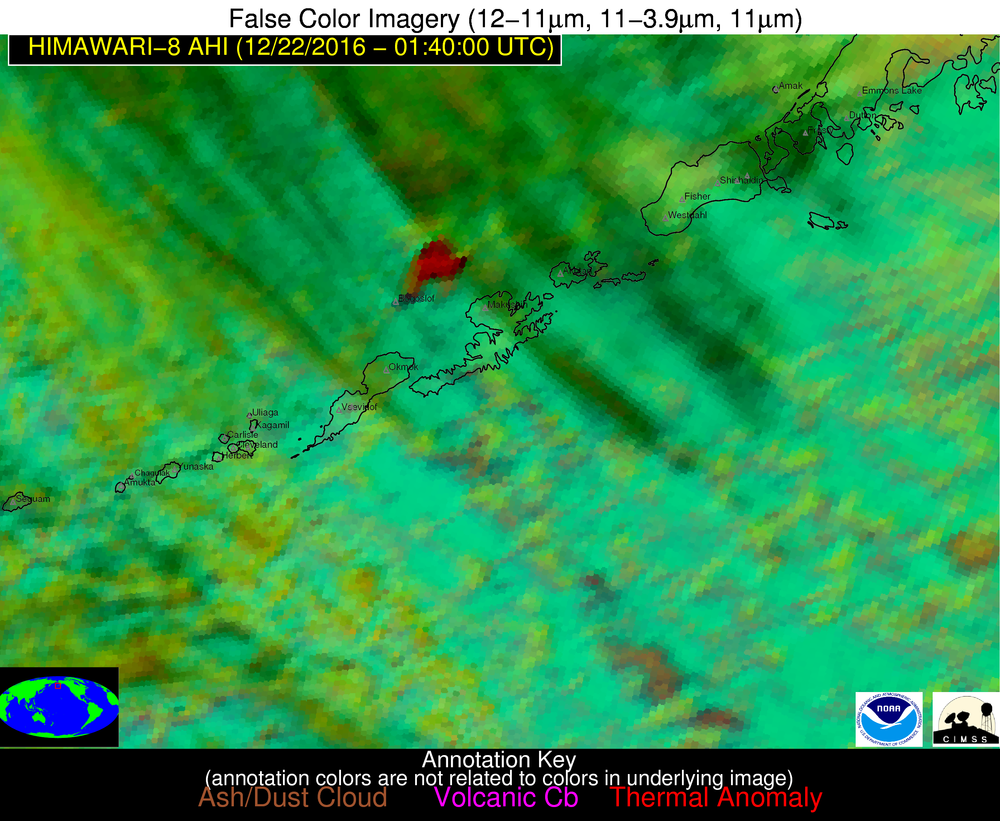 Following a short-lived eruption on 21 December, the Bogoslof volcano in the eastern Aleutian Island chain of Alaska erupted again at about 0110 UTC on 22 December 2016. The volcanic cloud could be seen moving north/northeastward away from Bogoslof (denoted by the yellow * symbol) on Himawari-8 and GOES-15 Visible images (above).... Read More