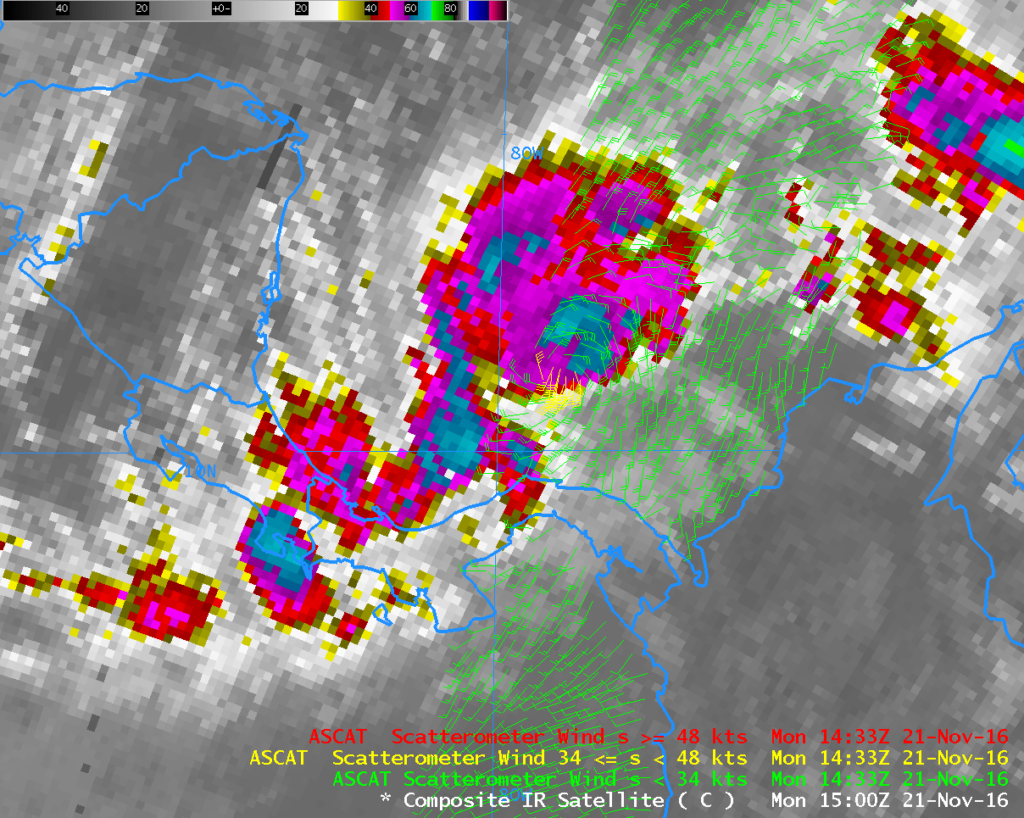 A late-season tropical depression has formed in the southwestern Caribbean Sea. The morning Metop-A pass on 21 November 2016 allowed ASCAT scatterometer winds to be sampled over the system: rain-flagged values near tropical storm force were present as shown above. A similar image (from this site) is available here, and also here (from this site).

Infrared (10.7 µm) imagery from GOES-13, above, from 1315 through 1715 UTC on 21 November, shows periodic deep convection over the Depression; the grey regions in the deepest convection over the system correspond to brightness temperatures colder than -75 C. The environment surrounding this system, shown below, is marginally favorable for strengthening; sea-surface temperatures are warm, although the oceanic heat content suggests the warmth does not extend through a deep column of water. Wind shear over the storm is modest (but far stronger north of the storm). (Imagery below is from this site). The system is forecast to become a tropical storm within the next 24 hours.

Update: Otto was named a tropical storm at 2100 UTC 21 November; GOES-13 Visible (0.63 µm) Imagery is shown below. Numerous tropical overshooting tops can be seen during the course of the day.

MIMIC Total Precipitable Water fields, below, show that Otto emerged from a region of persistent deep moisture over the southwestern Caribbean Sea that has been contracting as the storm formed. This region of moisture was focused along the intersection of a stalled and decaying Atlantic frontal zone and the Pacific monsoon trough (hourly animation).

DMSP-16 Microwave (85 GHz) imagery, below, showed evidence of a closed eye associated with Otto at 2132 UTC. 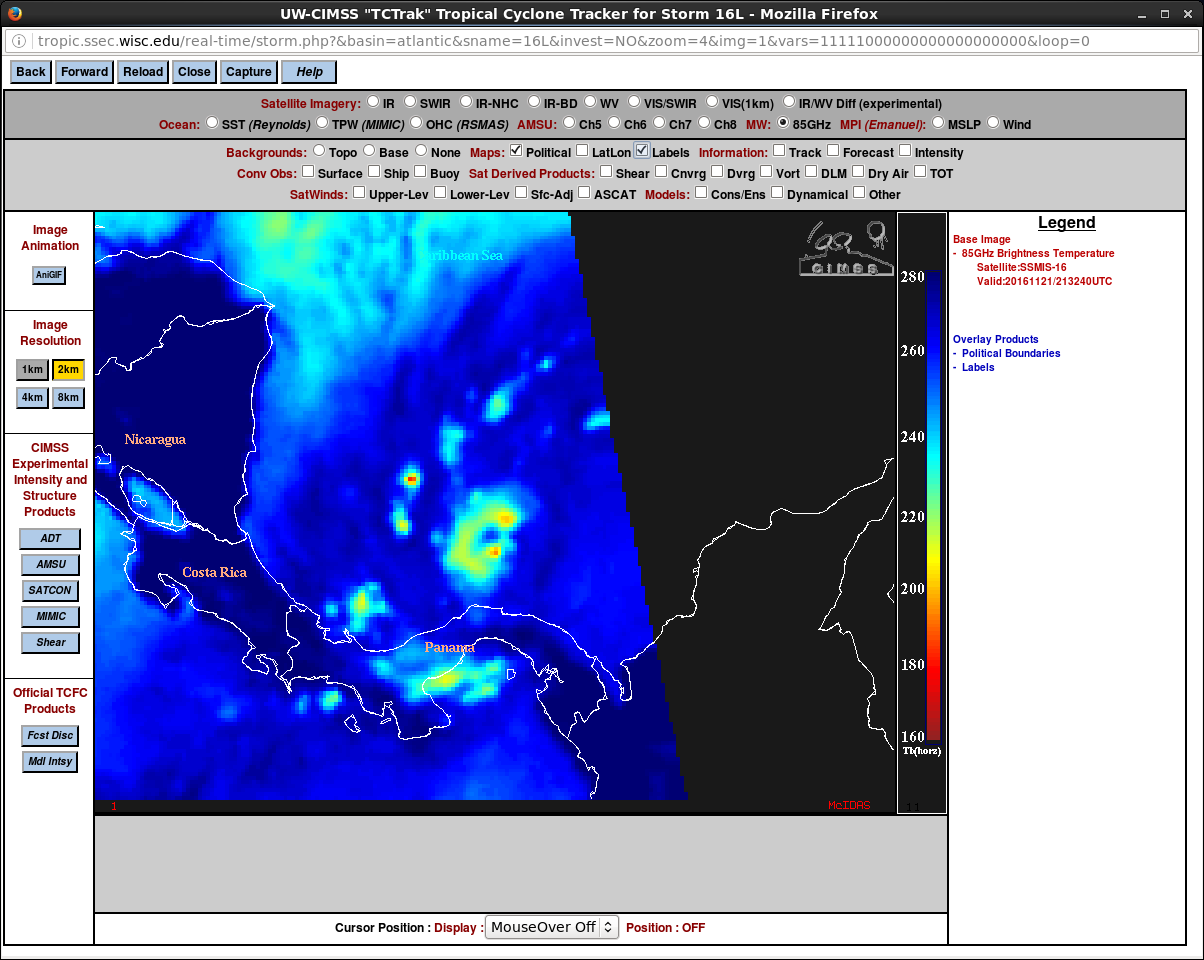