“Medicane” in the Mediterranean Sea

A compact tropical-like cyclone (often referred to as a “medicane“) moved across the Mediterranean Sea during the 28-31 October 2016 period. EUMETSAT Meteosat-10 Infrared Window (10.8 um) images (above; also available as a 71 Mbyte animated GIF) showed the system as it developed over the Ionian Sea between Italy and Greece,... Read More 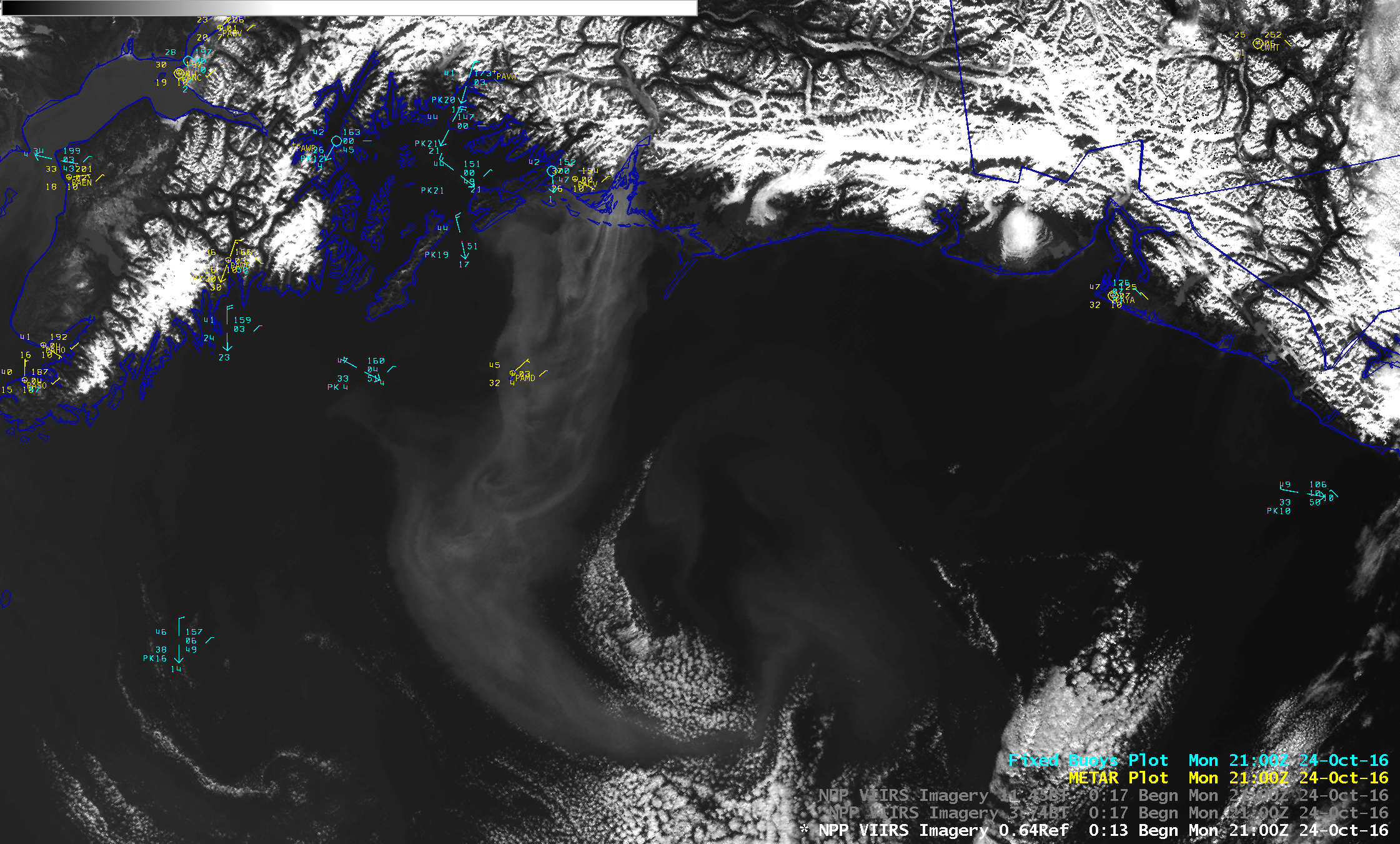 GOES-15 (GOES-West) Visible (0.63 µm) images during the daylight hours on 23, 24 and 25 October 2016 (above) revealed the hazy signature of large amounts of airborne glacial silt and sand from the Copper River Valley being transported southward over the adjacent offshore waters of the Gulf of Alaska. The fine... Read More

The orbital geometry of Suomi NPP is such that regions north of about 43º N latitude can occasionally receive NUCAPS (NOAA-Unique Combined Atmospheric Processing System) Vertical Profiles of moisture and temperature on sequential orbital passes, meaning a given location could have vertical profiles separated by less than 2 hours. This occurred early on 20 October 2016 over Maine and Cape... Read More

Severe Weather in the Pacific Northwest 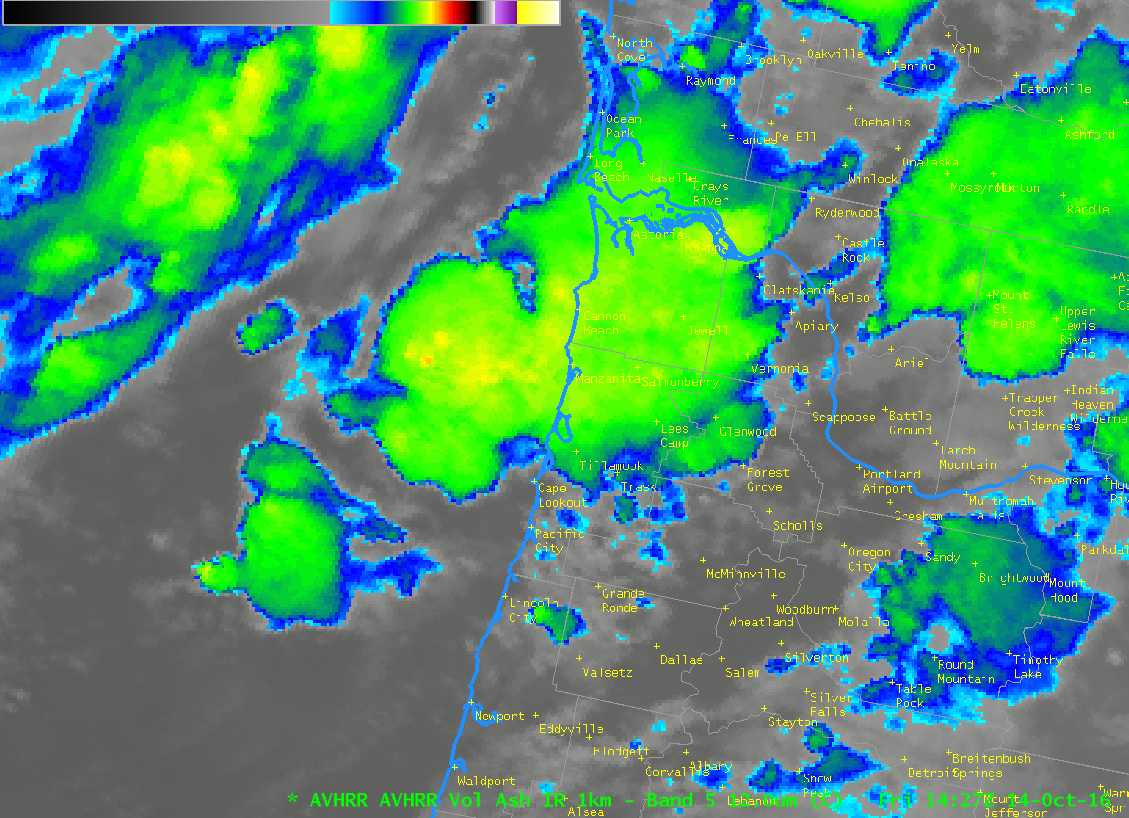 Strong moisture-laden storms caused abundant precipitation and severe weather over the Pacific Northwest from 13-15 October 2016. The animation above shows two storms making landfall in the Pacific Northwest, one on 13-14 October and a second, on 15 October, which was a storm that originated from the remnants of Typhoon... Read More