GOES-13 Visible (0.63 µm) images (above) revealed a series of gravity waves propagating southeastward across the Gulf of Mexico on 22 November 2016. These waves appeared to be moving through or along the tops of the marine boundary layer stratocumulus cloud field; since the hourly winds from surface/buoy/ship reports were  generally from the southeast/east/northeast, these gravity waves were not likely surface-based.

Also of note was an apparent land breeze boundary that moved west-northwestward away from the Yucatan Peninsula of Mexico during the day. 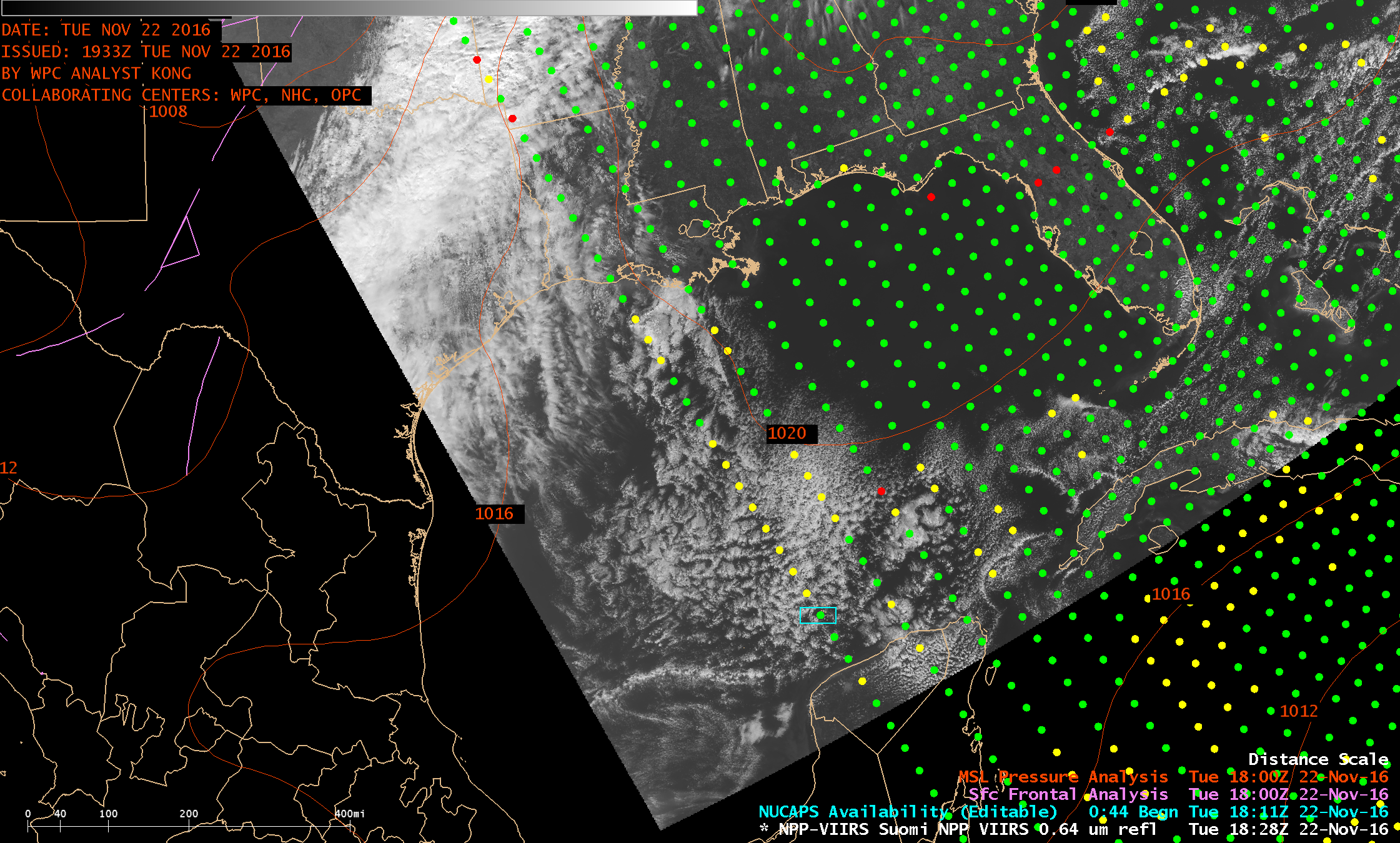 Gravity waves like those observed here are usually ducted within a strong air temperature inversion — so Suomi NPP NUCAPS (NOAA-Unique CrIS/ATMS Processing System) soundings around 1828 UTC (above) were examined for evidence of such an inversion. Training material for NUCAPS Soundings in AWIPS is available here.

One of the NUCAPS vertical profiles of temperature and moisture is shown below, for a point over the southern Gulf of Mexico (designated by the cyan rectangle, approximately 50 miles northwest of the coast of the Yucatan Peninsula) — several of the waves had passed through this location prior to the image time. A well-defined temperature inversion did indeed exist aloft, within the 1-2 km layer above the surface (and just above the top of the moist marine boundary layer, where the stratocumulus cloud field existed). It therefore appears likely that this series of southeastward-moving gravity waves was mildly perturbing the tops of the stratocumulus clouds. 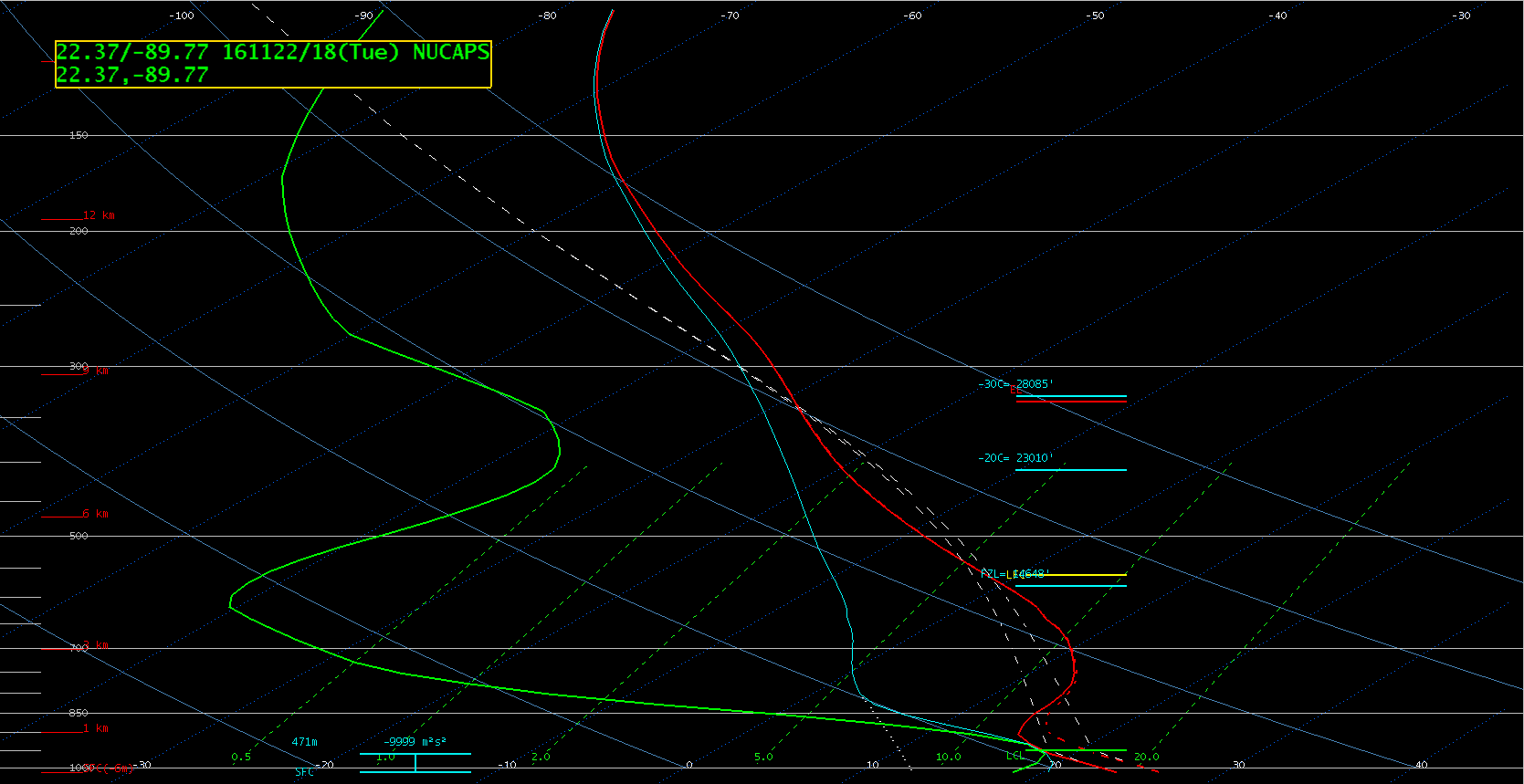 NUCAPS sounding profile for a point over the Gulf of Mexico, north of the Yucatan Peninsula [click to enlarge]

Since there were no nearby surface frontal boundaries or areas of organized deep convection inland over the southern US during the preceding 24 hours, it is unclear as to what may have been the catalyst for these gravity waves.