In the sequence of AWIPS images below, the first 2 images are using the GOES-11 Sounder instrument 6.5 µm channel as the source for GOES-West water vapor imagery, while the final 2 images use the GOES-15 Sounder 6.5 µm channel. Note the improvement in noise seen in the Sounder instrument water vapor images after the changeover to GOES-15. Since the 3 GOES Sounder water vapor channels are a component of the GOES Sounder Total Precipitable Water derived product imagery, the quality of that product should also improve.

One of the benefits of GOES-15 is improved Image Navigation and Registration (INR), which leads to less image-to-image “wobble” when viewing an animation. The improved GOES-15 INR is quite evident when compared to GOES-11 for this blowing dust case on 27 November (below; click image to play animation).

A comparison of the GOES-15 0.63 µm visible channel, the 10.7 µm “IR window” channel, and the 13.3 µm “CO2 absorption” IR channel (below) shows that high cloud features will show up with more clarity on the 13.3 µm images — by examining the weighting function of the 13.3 µm IR channel, it can be seen that this CO2 absorption channel samples radiation from a much deeper, much higher altitude than the standard 10.7 µm IR window channel.

The 13.3 µm “CO2 absorption” IR channel is also used for the creation of derived products such as Cloud Top Pressure. An example of a combined GOES-15 (GOES-West) + GOES-13 (GOES-East) Cloud Top Pressure product is shown below (courtesy of Tony Schreiner, CIMSS).

An example of the value of having larger batteries onboard the GOES-13/14/15 spacecraft during eclipse periods can be seen below, as Hurricane Ike was making landfall along the Texas coast in September of 2008. During the approximately 3 hour image outage from GOES-12 during the eclipse period (when the satellite was in the Earth’s shadow, and the solar panels could not generate the power necessary to operate the GOES imager and GOES sounder instrument packages), GOES-13 IR images continued to be available — and these GOES-13 images showed a strong spiral band that was in the process of intensifying and moving inland along the far northeastern Texas and far southwestern Louisiana coastlines.

Additional information can be found on the VISIT training lesson “GOES-15 Becomes GOES-West“.

HISTORICAL NOTE: GOES-15 became GOES-West on the 45th anniversary of the launch of ATS-1 on 06 December 1966. ATS-1 was the first meteorological satellite to provide geostationary images — an example of an early ATS-1 visible image is seen below, and QuickTime movies are available which show animations of some of the early ATS-1 images. 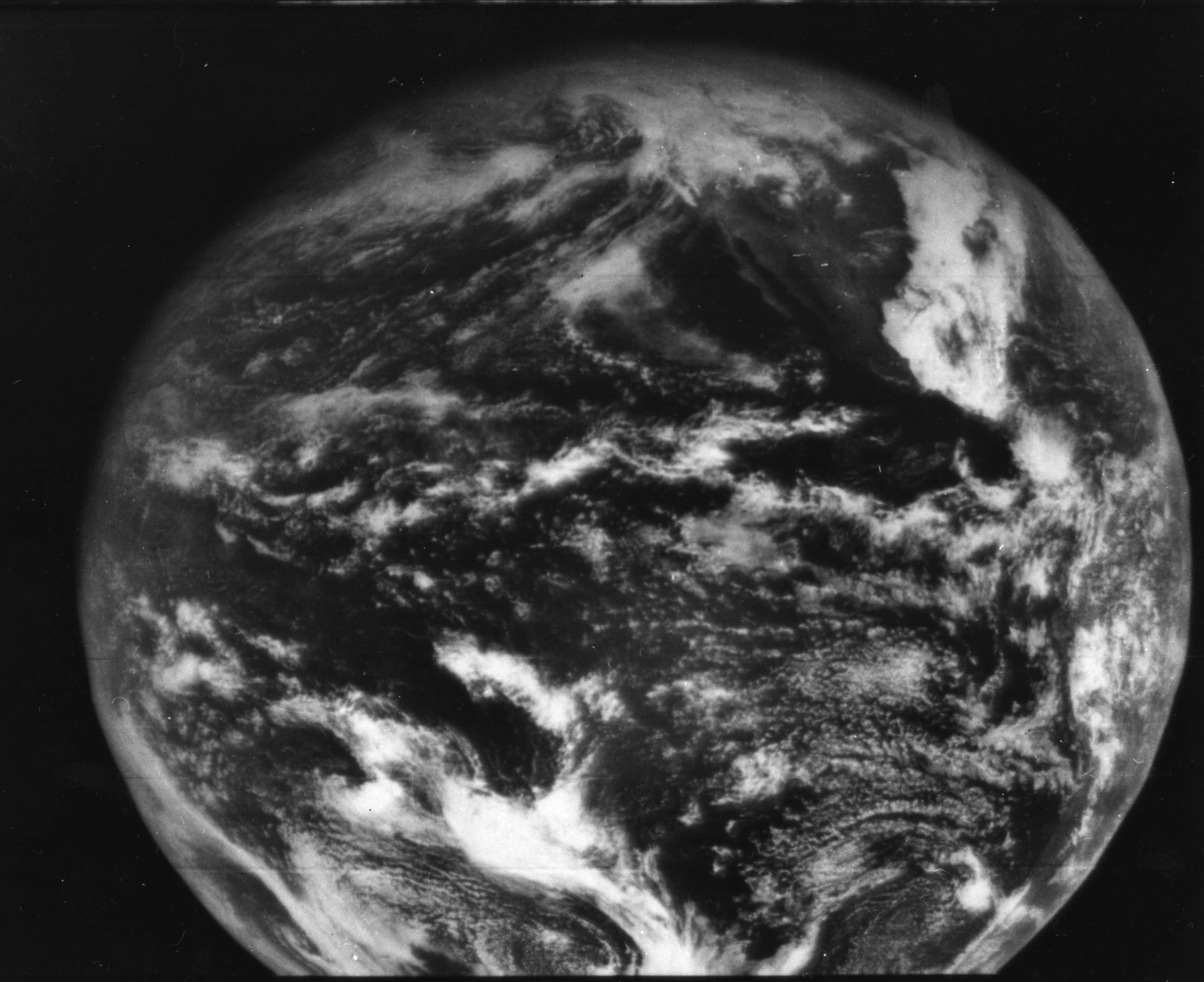