Today’s CIMSS Satellite Blog entry will take a step back and focus on the larger scale. We’ll begin with an animation of GOES-12 visible images from 25 June 2008 (above). Several items of interest are apparent in addition to the normal diurnal development of thunderstorms across parts of North and Central America: (1) the very large area of haziness that occupies the lower right quarter of the images is due to airborne dust from Africa; (2) thick smoke from wildfires is evident over much of northern California and Nevada; (3) a good deal of Hudson Bay in Canada is still frozen. Such is the diversity of meteorological phenomena that can be seen on satellite imagery in late June!

(1) To confirm that the haziness seen on the visible imagery above is due to African dust, we examine the Meteosat-9 Saharan Air Layer (SAL) tracking product (above). The westward progression of a large Saharan dust outbreak (orange to red color enhancement) can be clearly seen during the 21-25 June period. The areal coverage of the airborne dust over the Atlantic Ocean could also be seen on a composite of AVHRR false-color imagery from 23 June (below, displayed using Google Earth). 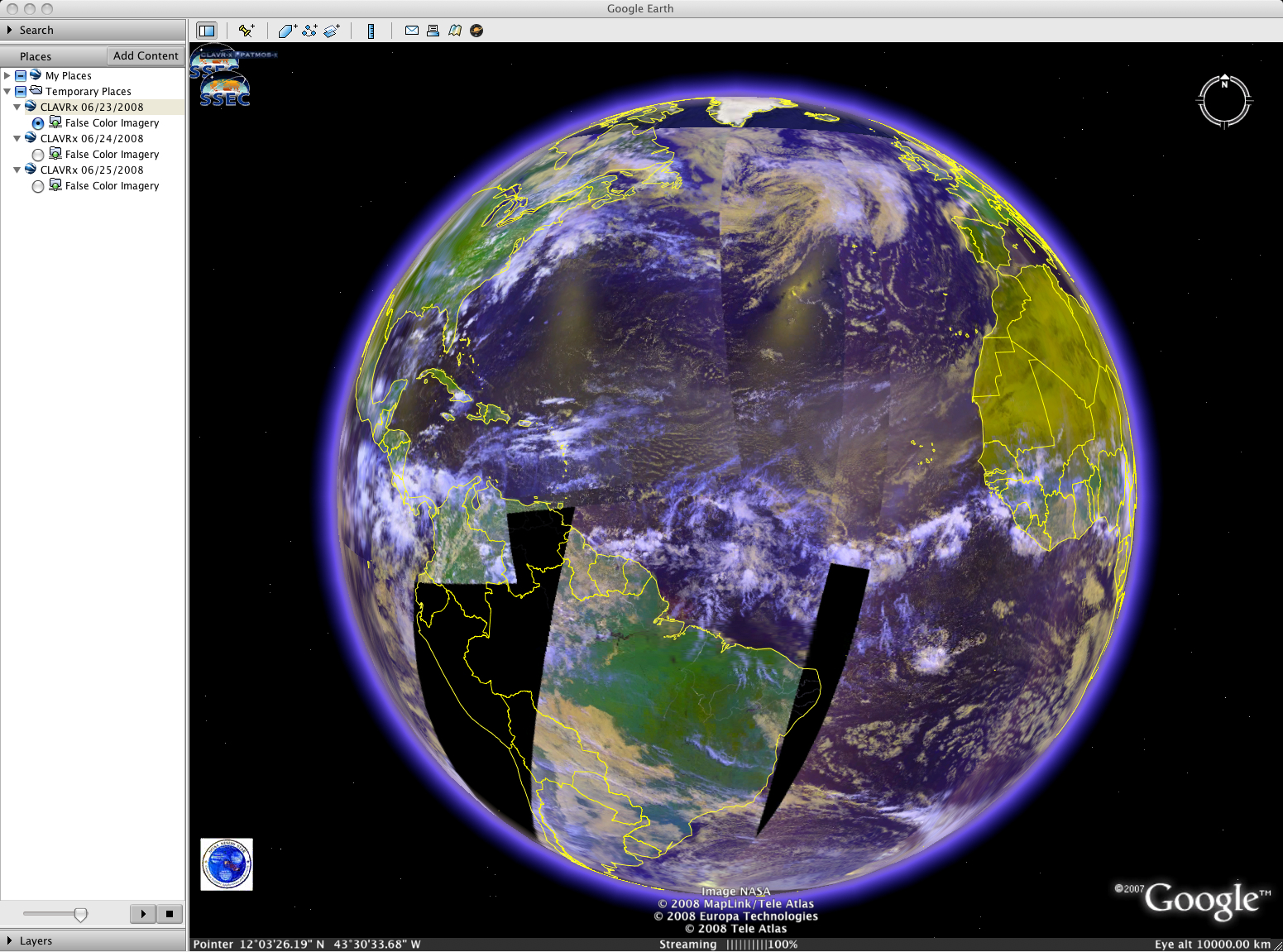 (2) To explore the impacts of the thick smoke over northern California, it is interesting to view an AWIPS image comparison of the MODIS Land Surface Temperature (LST) product and the MODIS visible channel (below). Note that the LST values seemed to be about 20Âº F cooler under the areas of thickest smoke (in the 100-110Âº F range, orange to light red colors) compared to areas farther to the north and to the south of the smoke (where LST values were in the 120-130Âº F range, darker red colors). The actual air temperatures were not affected by such a drastic amount, although air temperatures in the Sacramento Valley were in the mid-upper 80s F under the thickest smoke (compared to low to mid 90s F farther to the south in the San Joaquin Valley. At Red Bluff in northern California (KRBL) the maximum temperature on 25 June was 87Âº F (the surface visibility was 2.5 miles or less the entire day due to smoke), several degrees below the daytime maximum temperatures of 98Âº F, 95Âº F, and 96Âº F on the previous 3 days (KRBL 96-hour meteorogram).