Undular bore feature off the coast of Maine

We received the following in an email from Dan St. Jean at the NWS forecast office in Gray/Portland Maine, who also supplied us with an animation of color-enhanced GOES-13 0.63 Âµm visible images (above) from 26 May 2010:

A backdoor cold front was moving southwestward down the Maine coast, while some significant convection (at the start of the loop) was moving southward along the extreme eastern coast of Maine. It's hard to say why and exactly where, but the activity appeared to throw a gravity wave ahead of it moving just ahead of the cold front. Anyway I thought you might find this worth a closer look as we rarely see these crisp wave features up here.

The visible images reveal the closely-spaced packet of wave clouds that marked the southwestward propagation of the gravity wave or “undular bore” — thanks for the heads-up on this interesting feature Dan!

Another view of the wave clouds can be seen on a Red/Green/Blue (RGB) false color image using NOAA-15 AVHRR channels 01/02/04 (below). In this particular RGB image combination, low clouds have more of a yellow tint, while colder, higher-topped clouds appear brighter white. 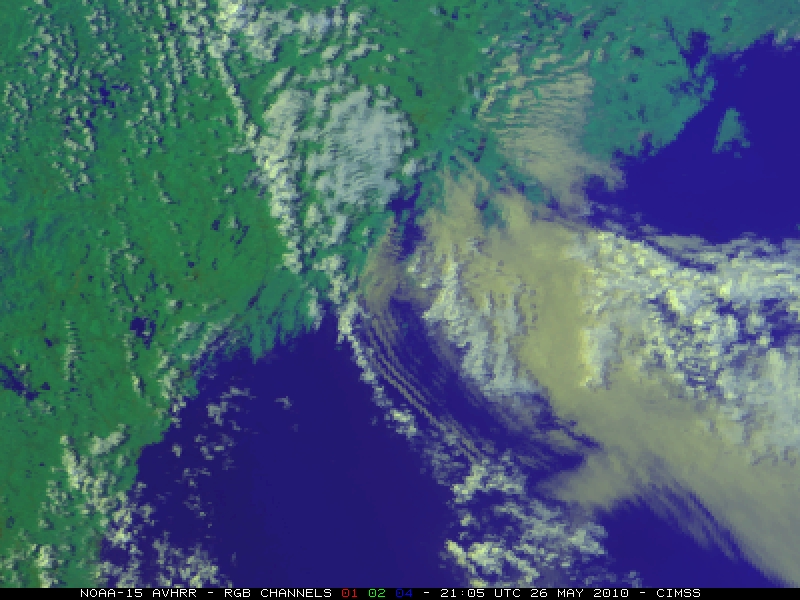 An AWIPS image of the MODIS Sea Surface Temperature (SST) product (below) showed that the initial convective outflow boundary likely moved over an area of cooler offshore waters (SST values generally in the middle 40s to lower 50s F, blue to cyan colors) — with a stronger marine boundary layer inversion over the colder waters, the gravity wave / undular bore feature might have been able to become more well-defined as it was ducted toward the southwest. 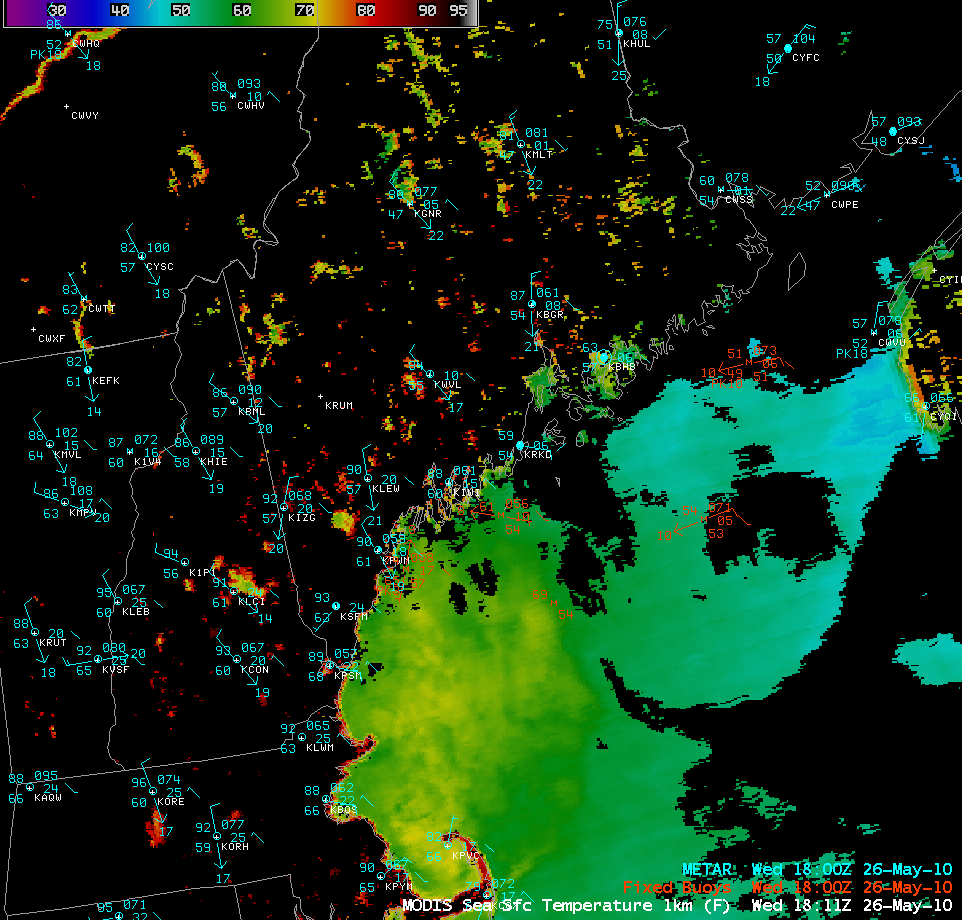