Re-suspended ash from the Katmai volcano in Alaska

1-minute Mesoscale Domain Sector GOES-17 (GOES-West) “Red” Visible (0.64 µm) images (above) showed the hazy signature of a plume of re-suspended ash from the 1912 Katmai volcanic eruption. Strong surface winds gusting to 50-55 knots — caused by a strong pressure gradient along the western periphery of a Storm Force low in the Gulf of Alaska (surface analyses) — lofted some of the thick layer of ash that has remained on the ground in the vicinity of the volcano. The most dense portion of the aerosol plume was  moving across the Barren Islands (between Kodiak Island to the south and the Kenai Peninsula to the north); near the northern edge of the aerosol plume, surface visibility was reduced to 5 miles at Homer and 7 miles at Seldovia.

A sequence of Suomi NPP VIIRS Day/Night Band (0.7 µm) images (below) showed that the plume had formed before sunrise — ample illumination from a Full Moon provided vivid “visible mages at night” (at 1131 UTC and 1311 UTC).

ASCAT winds from Metop-C at 0743 UTC and 2124 UTC (source) are shown below — they indicated a dramatic increase in surface wind speeds  of 50 knots or greater emerging from the Barren Islands into the Gulf of Alaska later in the day.

GOES-17 True Color RGB images created using Geo2Grid (below) provided a clearer view of the re-suspended ash plume. North of the plume, note the tidal ebb and flow of ice within Cook Inlet and Turnagain Arm leading into the Anchorage area. 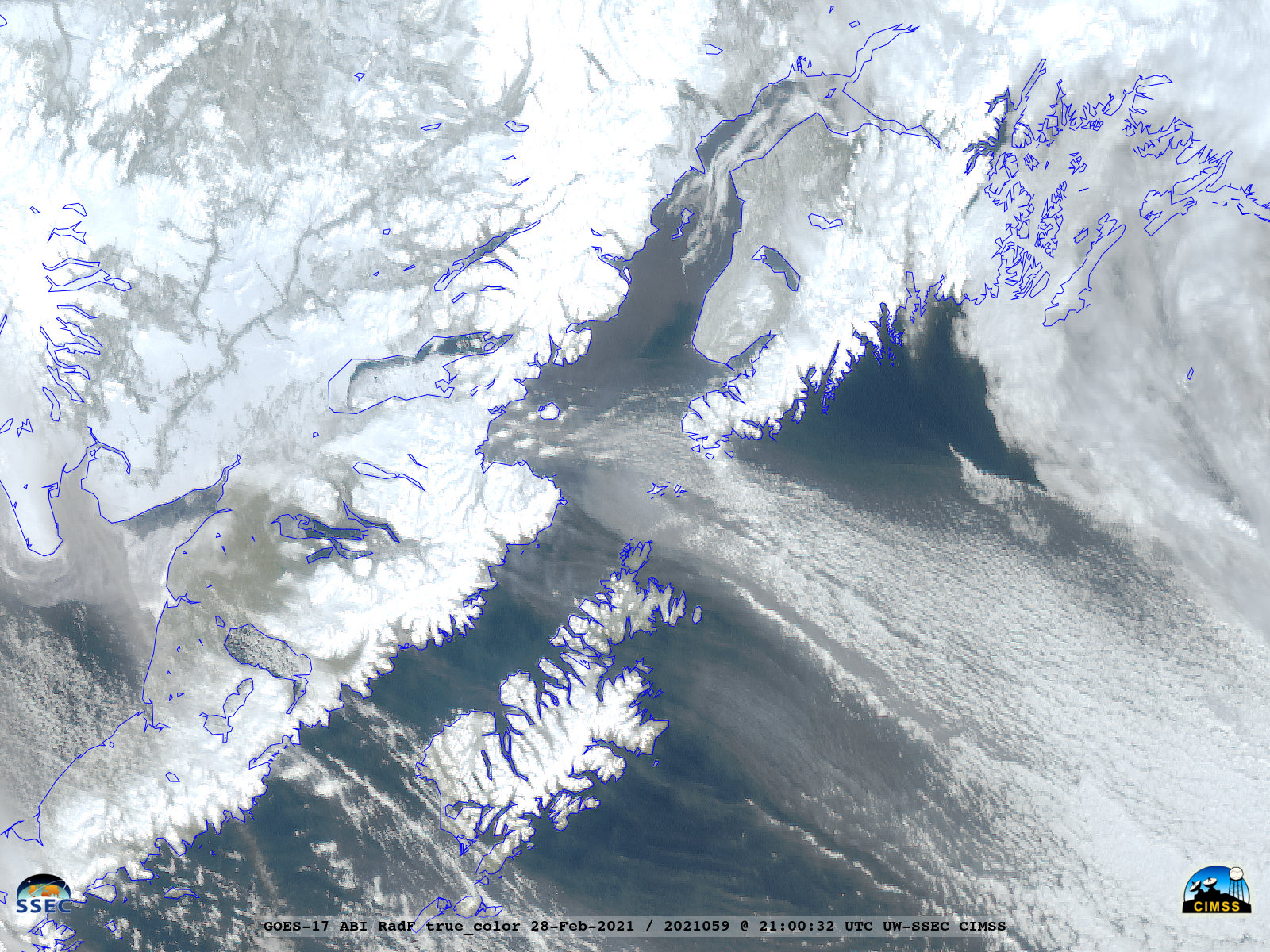