In a comparison of Infrared Window images from Suomi NPP (11.45 µm) and GOES-16 (10.35 µm) at 1931 UTC (below), the higher spatial resolution of the VIIRS instrument detected infrared brightness temperatures as cold as -84ºC, compared to -76ºC with GOES-16 (the same color enhancement is applied to both images). The northwest parallax offset associated with GOES-16 imagery at this location was also evident.

GOES-16 Visible/Infrared Sandwich Red-Green-Blue (RGB) and “Clean” Infrared Window (10.35 µm) images, with “probability of intense convection” contours and SPC Storm Reports, is shown below. The probability contours are produced from a deep-learning algorithm used to identify patterns in ABI and GLM imagery that correspond to intense convection. It is trained to highlight strong convection as humans would identify it. Work is ongoing to incorporate this storm-top information into NOAA/CIMSS ProbSevere. 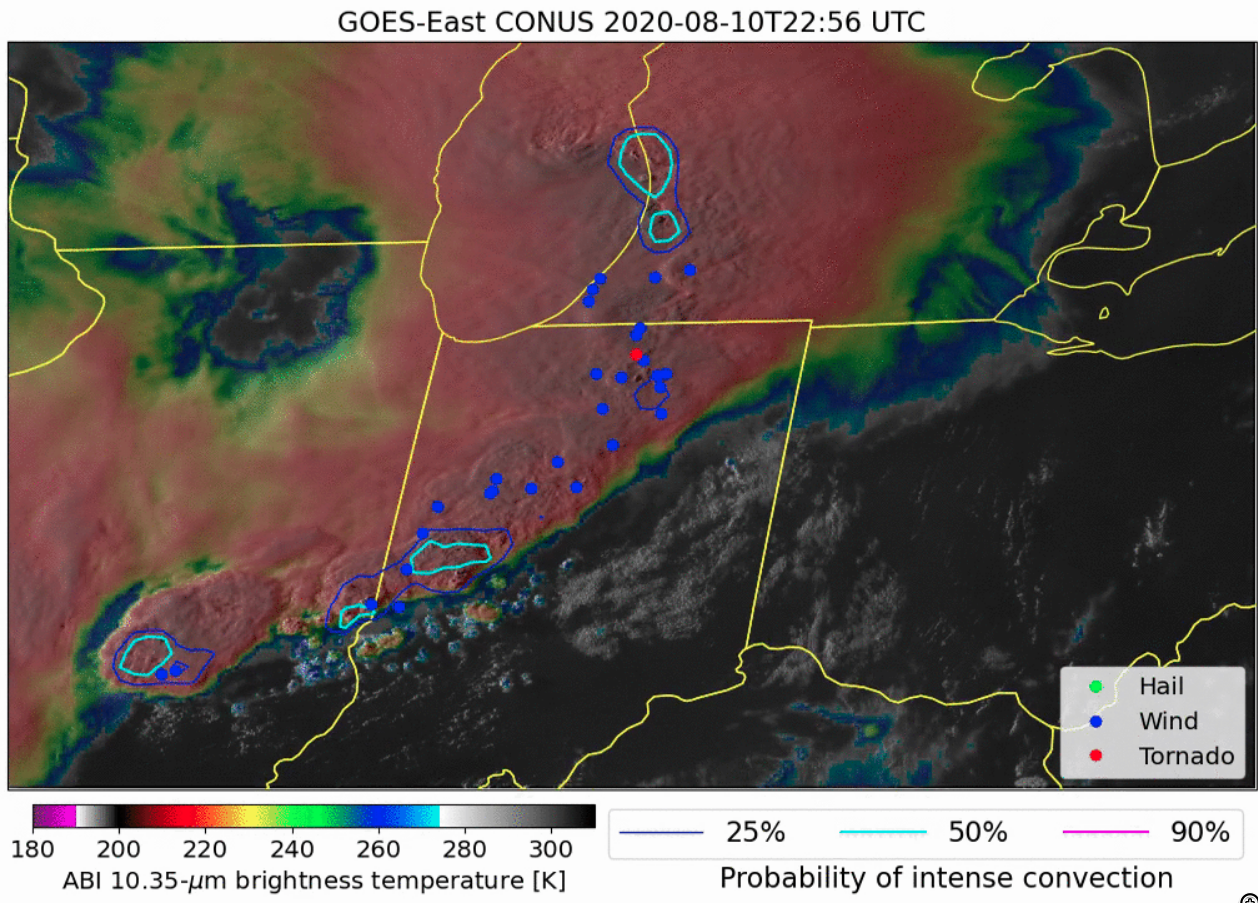 A comparison of Terra MODIS True Color RGB images (source) from before (28 July) and after (11 August) the derecho (below) revealed very large swaths of wind-damaged crops (lighter shades of green) across Iowa. It is estimated that around 10 million acres of corn and soybean crops were flattened by the strong winds.

Shown below is a before/after (28 July/11 August) comparison of VIIRS Day/Night Band (DNB) imagery (source), where many of the areas across Iowa that suffered significant power outages — appearing darker (due to a lack of city lights) on the nighttime DNB images — corresponded to the large swaths of crop damage seen on the 11 August MODIS True Color image. Around 550,000 households lost power across the state.

VIIRS Day/Night Band (0.7 µm) images on 28 July and 11 August, along with a MODIS True Color RGB image on 11 August [click to enlarge] 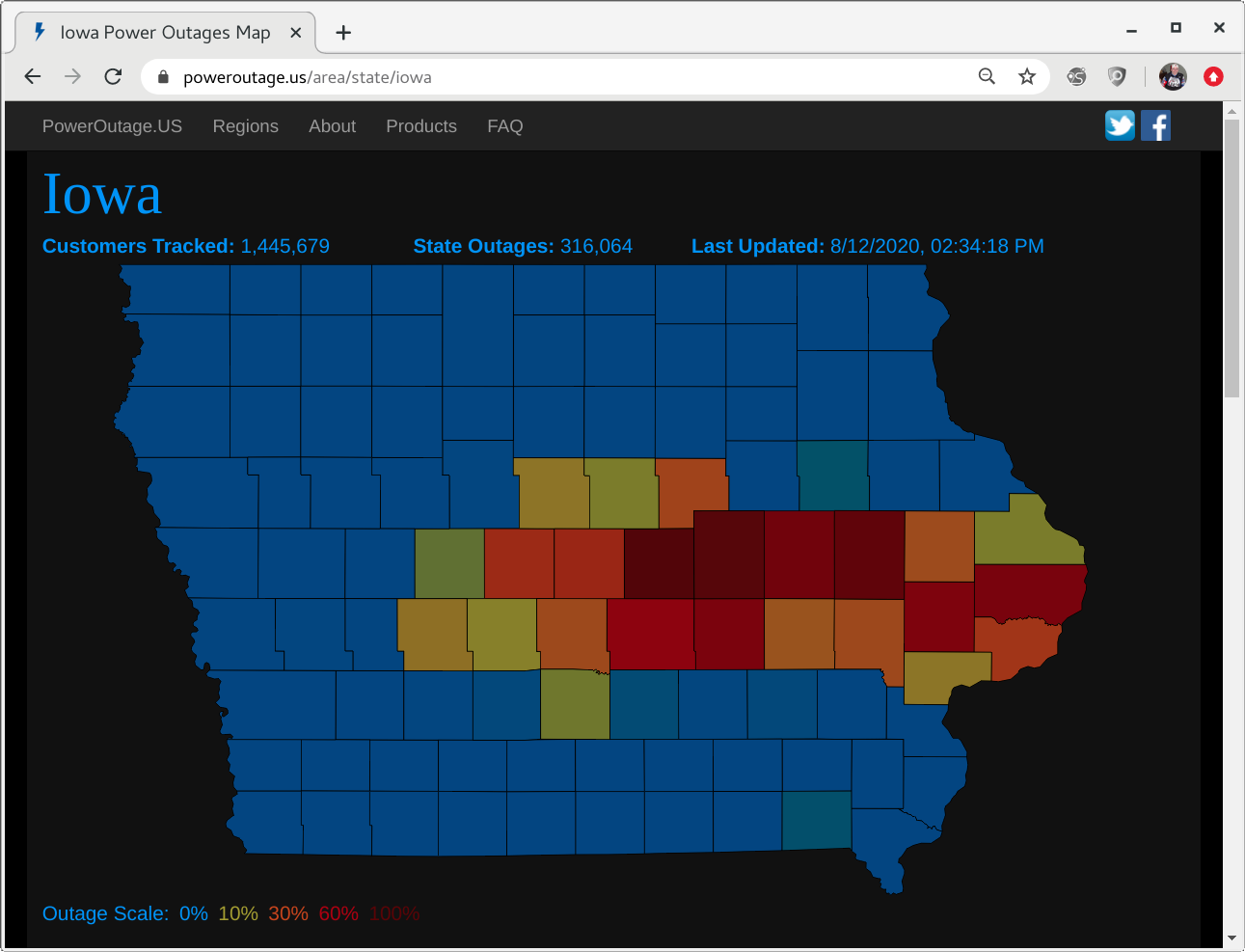 Iowa counties with power outages on 12 August [click to enlarge]