High-altitude waves over the Arctic

GOES-17 (GOES-West) “Ozone” (9.61 µm) images (above) revealed waves propagating northwestward over northern Alaska, northern Yukon and the adjacent Beaufort Sea during the pre-dawn hours on 27 March 2020. That area was too illuminated by either aurora borealis or the rising sun — so Suomi NPP VIIRS Day/Night Band (0.7 µm) imagery could not confirm the presence of mesospheric airglow waves (see this blog post for some examples).

A plot of the GOES-17 “Ozone” spectral band weighting function — calculated using 12 UTC rawinsonde data from Fairbanks, Alaska — showed a peak contribution from within the stratosphere at the 39 hPa pressure level, corresponding to an altitude around 21 km (below). 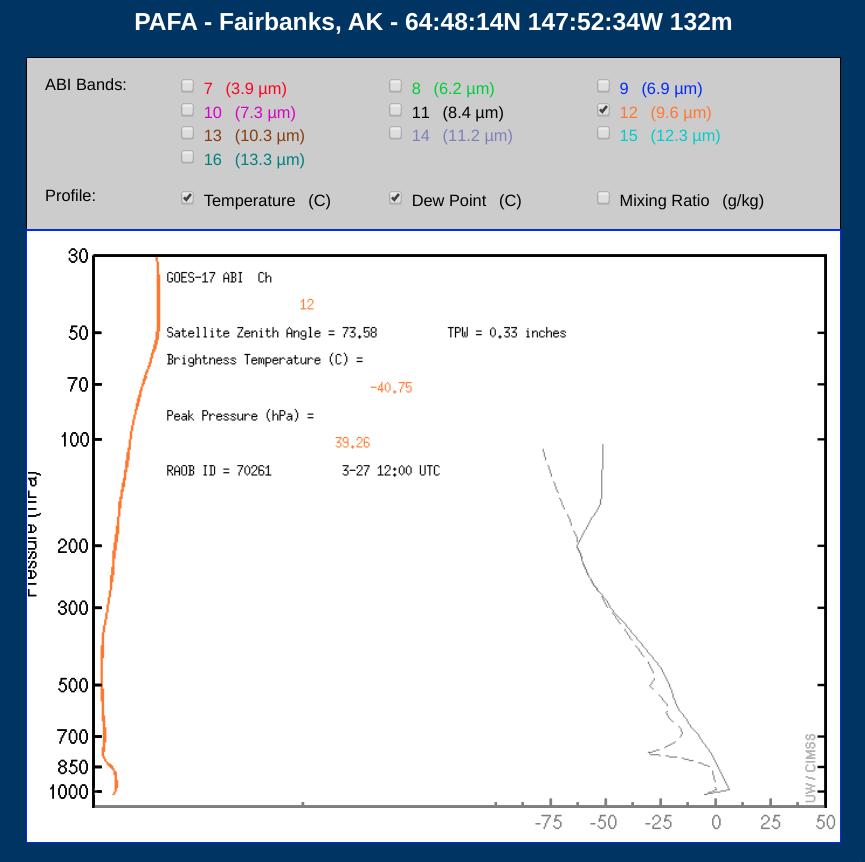 The curious aspect of these waves was their northwestward propagation — rawinsonde data from 3 sites across the region (below) indicated that the winds aloft within the upper troposphere and throughout the stratosphere were strong northwesterly, which meant the waves were moving against the ambient flow. Lacking a coherent, science-based explanation for these wave features, this blog post earns its place in the “What the heck is this?” category.

Plots of rawinsonde data from Fairbanks, Alaska [click to enlarge]

Categories: Arctic, GOES-17, Suomi NPP, VIIRS, What the heck is this?