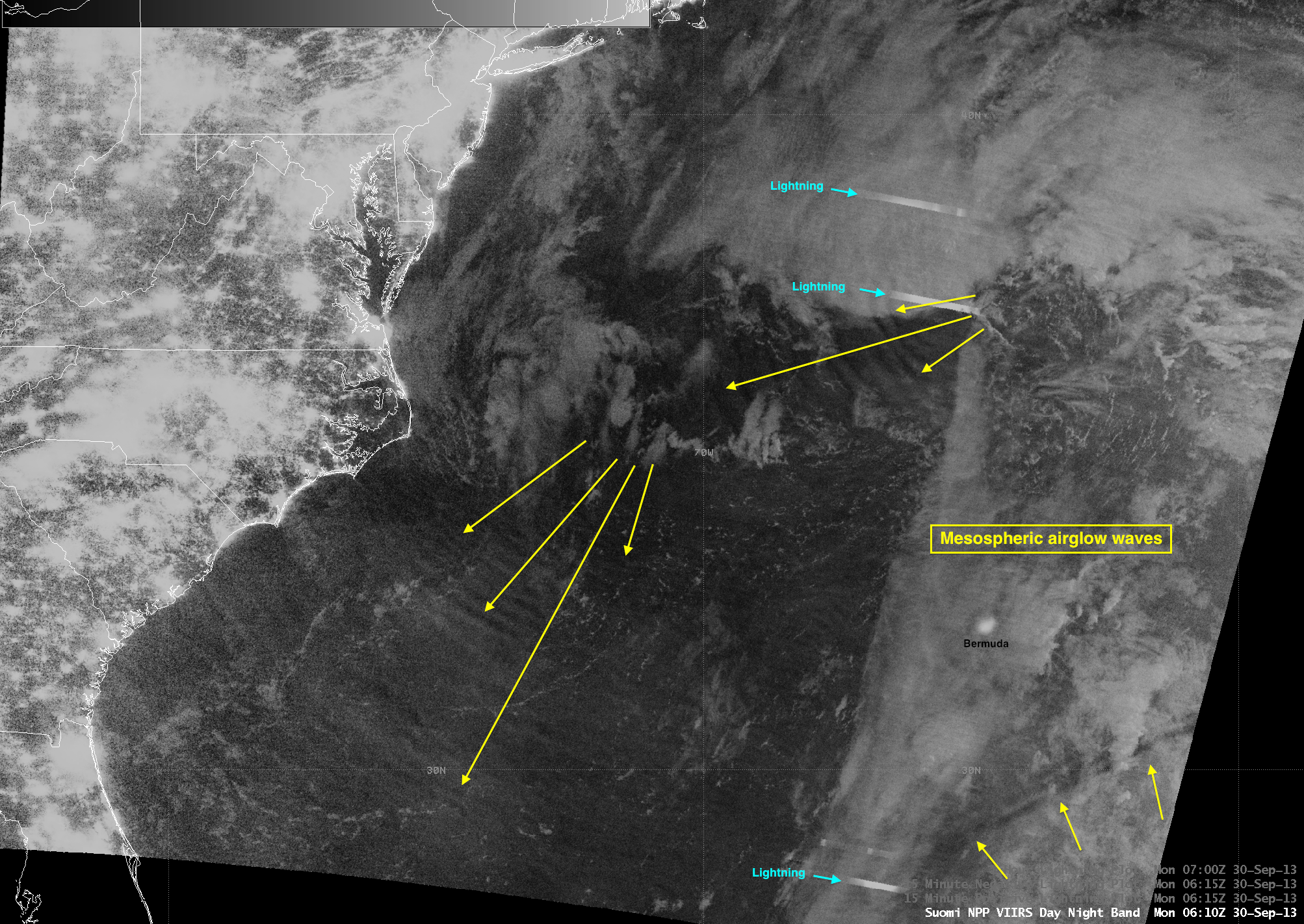 An AWIPS image of Suomi NPP VIIRS 0.7 Âµm Day/Night Band (DNB) data at 06:10 UTC or 2:10 AM local time on 30 September 2013 (above) revealed multiple signatures of mesospheric airglow waves over portions of the western Atlantic Ocean. There are three distinct packets of waves seen on the DNB image — two of which were likely generated by intense mesoscale convective systems associated with a strong occluding mid-latitude cyclone centered several hundred miles north-northwest of Bermuda. The impressive length of the third (southernmost) wave packet located southeast of Bermuda can better be seen in the full DNB swath image (courtesy of Kathy Strabala, SSEC); this feature is likely a high-altitude undular bore.

A comparison of the VIIRS DNB image (and cloud-to-ground lightning strike data) with the corresponding VIIRS 11.45 Âµm IR image (below) showed that there was no signature of these mesospheric airglow waves on the IR image.

A magnified comparison of VIIRS DNB and IR images (below) showed the difference between the short wavelength of cloud-top gravity waves propagating southwestward away from an overshooting top (located between the two lightning streaks) and the longer-wavelength mesospheric airglow waves seen along and south of the southernmost lightning streak. The DNB image lightning streaks are an artifact of sensor saturation by very bright cloud-top illumination resulting from intense lightning activity.