A sequence of 1-km resolution Terra/Aqua MODIS (11.0 µm), 1-km resolution POES AVHRR (12.0 µm) and 375-meter resolution Suomi NPP VIIRS (11.45 µm) Infrared images (below) showed better details of such features as overshooting tops, some of which exhibited IR brightness temperature values as cold as -78º C on MODIS, -81º C on AVHRR and -86º C on VIIRS. 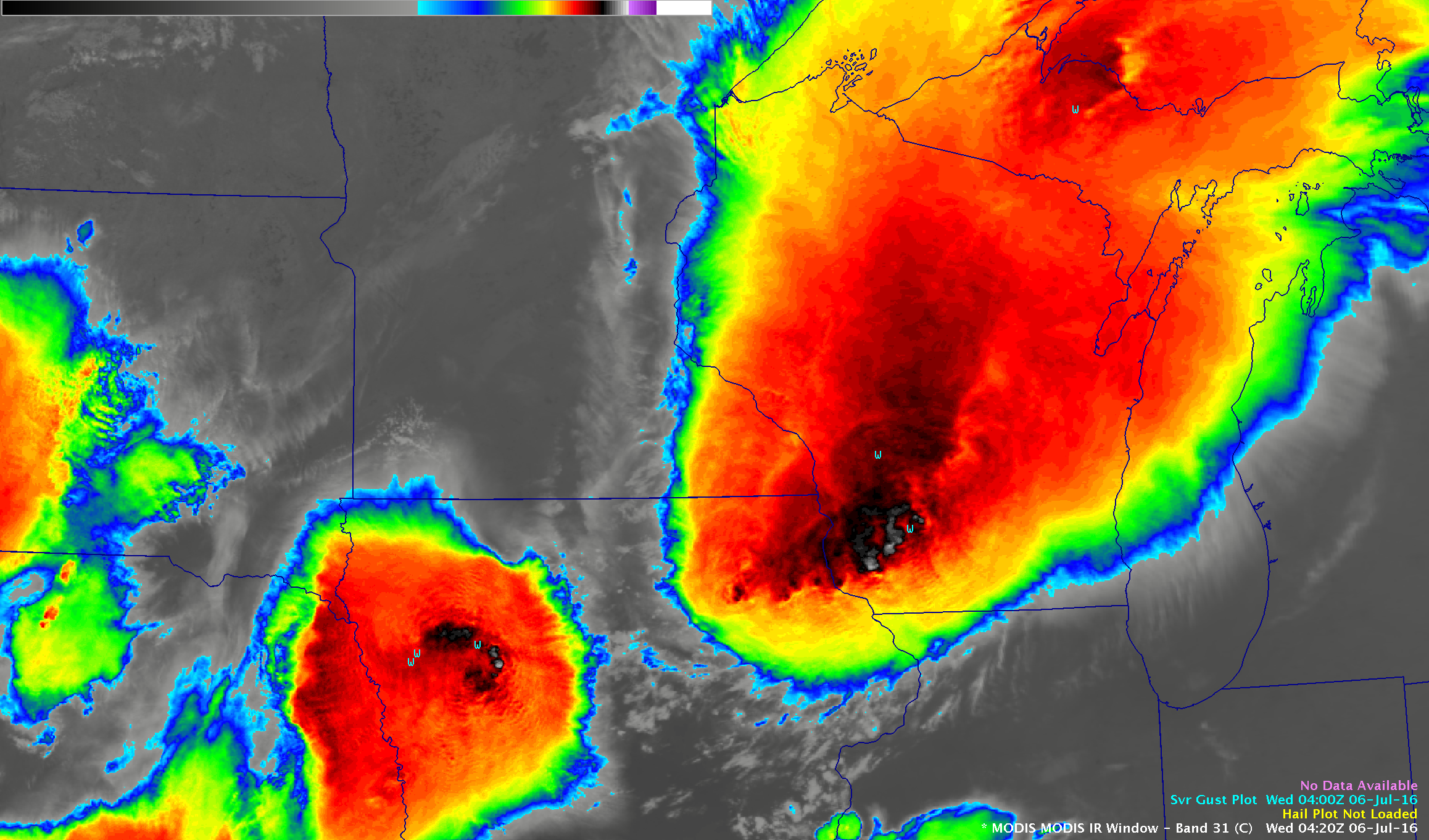 A comparison of Suomi NPP VIIRS Infrared Window (11.45 µm) and Day/Night Band (0.7 µm) images at 0852 UTC or 3:52 am local time (below) showed the MCS as its core was centered over northern Illinois. Note how the tall, dense cloud mass blocked the view of nearly all city lights over a large area — including the normally very large and very bright lights of the Chicago metroplex. With almost no illumination from the Moon (which was in its Waxing Crescent phase, at 1% of Full), only the faint light of airglow helped to illuminate some cloud features over the northern portion of the satellite scene. In addition, numerous bright white streaks were seen in the Day/Night Band image along the leading (southern) edge of the MCS, due to cloud illumination from intense lightning activity; one lone lightning streak was evident in Wisconsin, whose intensity was bright enough to saturate the Day/Night Band detectors (hence the long “post-saturation recovery” streak as the sensor continued scanning toward the southeast).

A few hours earlier at 0339 UTC, the CLAVR-x POES AVHRR Cloud Top Height product (below) showed areas with height values of 16-17 km (lighter cyan color enhancement) — the large amount of water and ice particles contained within such tall clouds was therefore able to effectively block the view of city lights on the VIIRS Day/Night Band image. Note that a Cloud Top Height product will be available from the ABI instrument on GOES-R.