Upper Midwest Derecho, and a Seiche in southern Lake Michigan 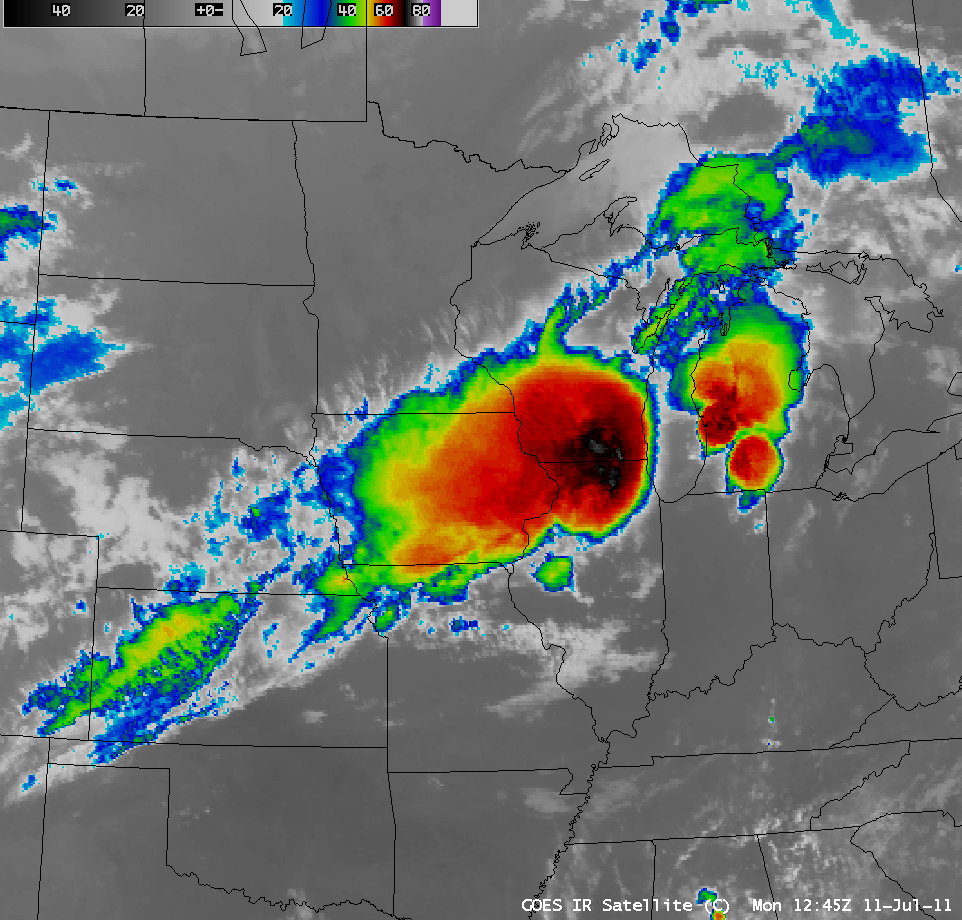 AWIPS images of GOES-13 10.7 Âµm IR data (above; click image to play animation) showed the progression of two long-lived Mesoscale Convective Systems (or “derechos”) on 11 July 2011 — one moving southeastward from the Dakotas and Minnesota, and another moving northeastward from Nebraska. These two MCS features were responsible for a large number of severe weather reports (SPC: 10 July reports | 11 July reports).

Note the elongated band of cirrus that developedÂ  behind the departing MCS feature, curving across parts of Iowa, Nebraska, Kansas, and Colorado toward the end of the IR image animation above — this striated cloud band marked the location of a well-defined deformation zone. Areas of light to moderate turbulence aloft are often present in association with such deformation zones, as was seen by the number of pilot reports overlaid on a GOES-13 6.5 Âµm water vapor channel image at 17:45 UTC (below). 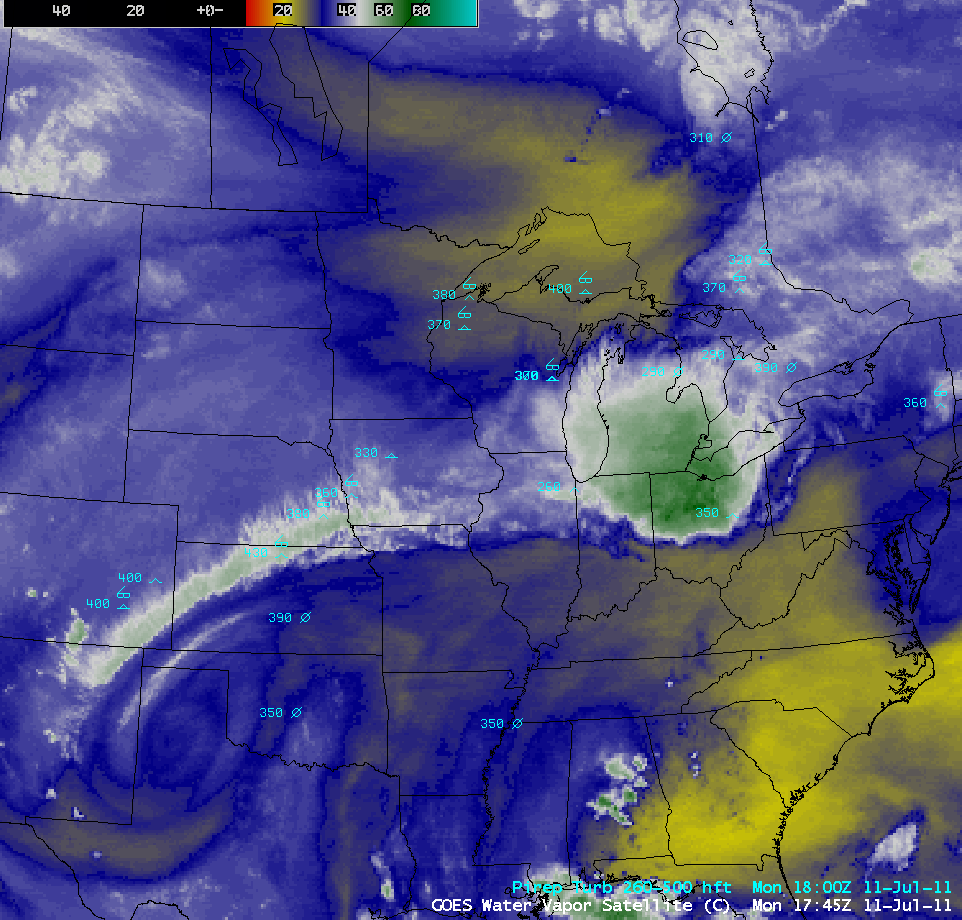 The GOES-13 sounder Total Precipitable Water (TPW) derived product (below; click image to play animation) showed that abundant moisture (TPW values of 50-60 mm or 2.0 to 2.4 inches, violet color enhancement) was in place ahead of the storms as they moved rapidly eastward. 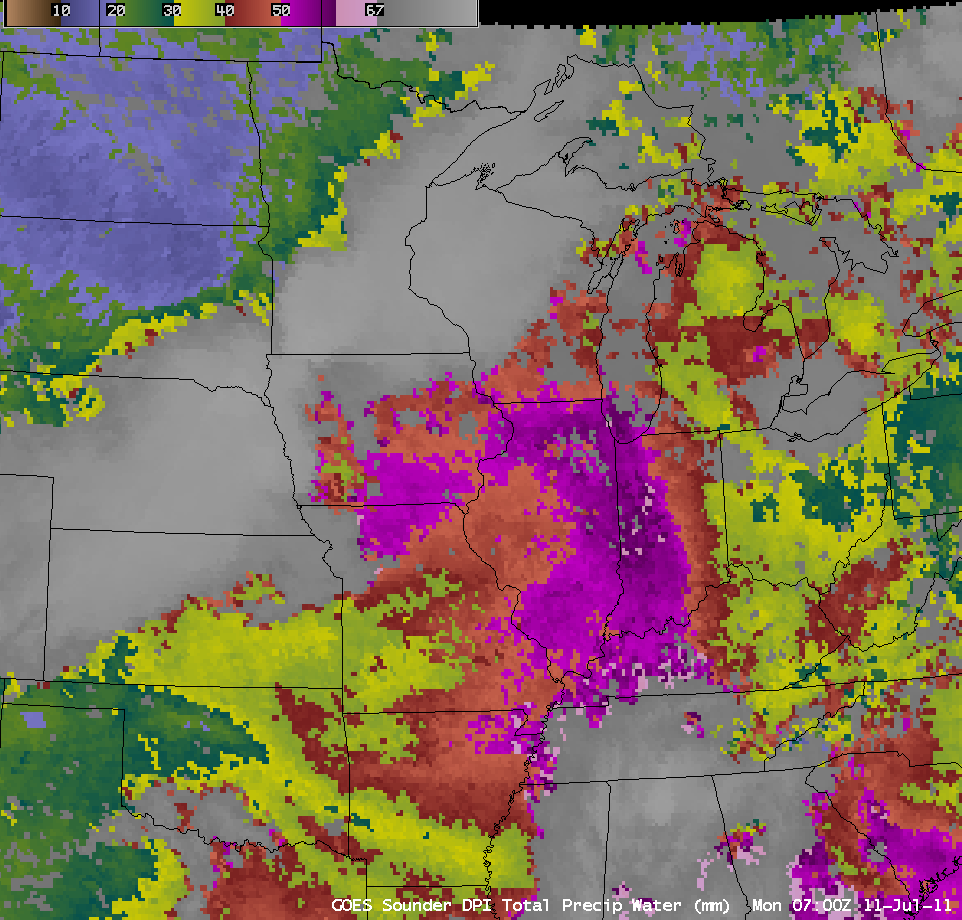 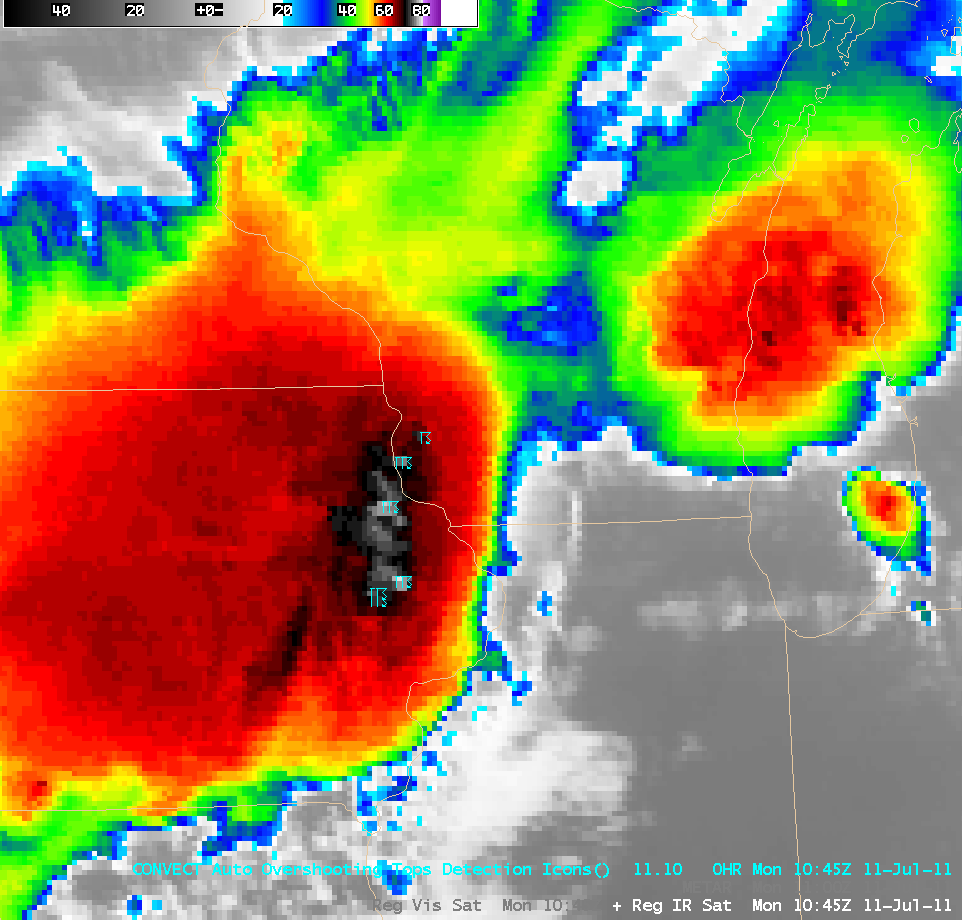 A set of three comparisons of 1-km resolution POES AVHRR 10.8 Âµm IR images with their corresponding 4-km resolution GOES-13 10.7 Âµm IR images (below) demonstrated the value of improved spatial resolution for more accurate detection of the location and magnitude of the coldest cloud tops on severe thunderstorms. On the 08:22 UTC, 08:47 UTC, and 11:37 UTC POES AVHRR images, the coldest cloud top IR brightness temperatures were -84ÂºC, -90ÂºC, and -85ÂºC, respectively (the coldest GOES-13 IR brightness temperatures were -78ÂºC for all three of those times). Note that the apparent northwestward displacement of cloud features on the GOES-13 images is a result of parallax error due to the large viewing angle from the geostationary satellite.