Rope Cloud over the Gulf of Mexico

Visible Imagery over the Gulf of Mexico on 28 December 2015 revealed the presence of a Rope Cloud. Rope Clouds are handy features in satellite imagery because they reveal the location of the surface cold front, and the animation above shows wind shifts from southerly to westerly as the Rope Cloud moves past. (A good Rope Cloud example also occurred in November).

Visible imagery from just after sunrise, below, show long shadows cast by individual towers along the Rope Cloud. The shadows shorten quickly as the sun rises in the sky. Infrared imagery (Link) shows the towers as well, indicated with cooler brightness temperatures.

A larger-scale view using 1-km resolution Terra MODIS Visible (0.65 µm) and Infrared (11.0 µm) images at 1702 UTC, below, showed that the rope cloud stretched for nearly 1000 miles along the leading edge of the cold front (surface analyses). One small area of convection had begun to develop along the cold front at that time, which exhibited a cloud-top IR brightness temperature of -31º C (dark blue color enhancement).

Surges of cold air into the southern Gulf of Mexico will frequently spill through a gap in topography (the Chivela Pass between the Sierra Madre de Oaxaca and the Sierra Madre de Chiapas) in southern Mexico, emerging as a region of strong winds in the Gulf of Tehuantapec. ASCAT Scatterometer winds from METOP-A, below, show a concentrated region of 30-knot winds just off the coast of southern Mexico. 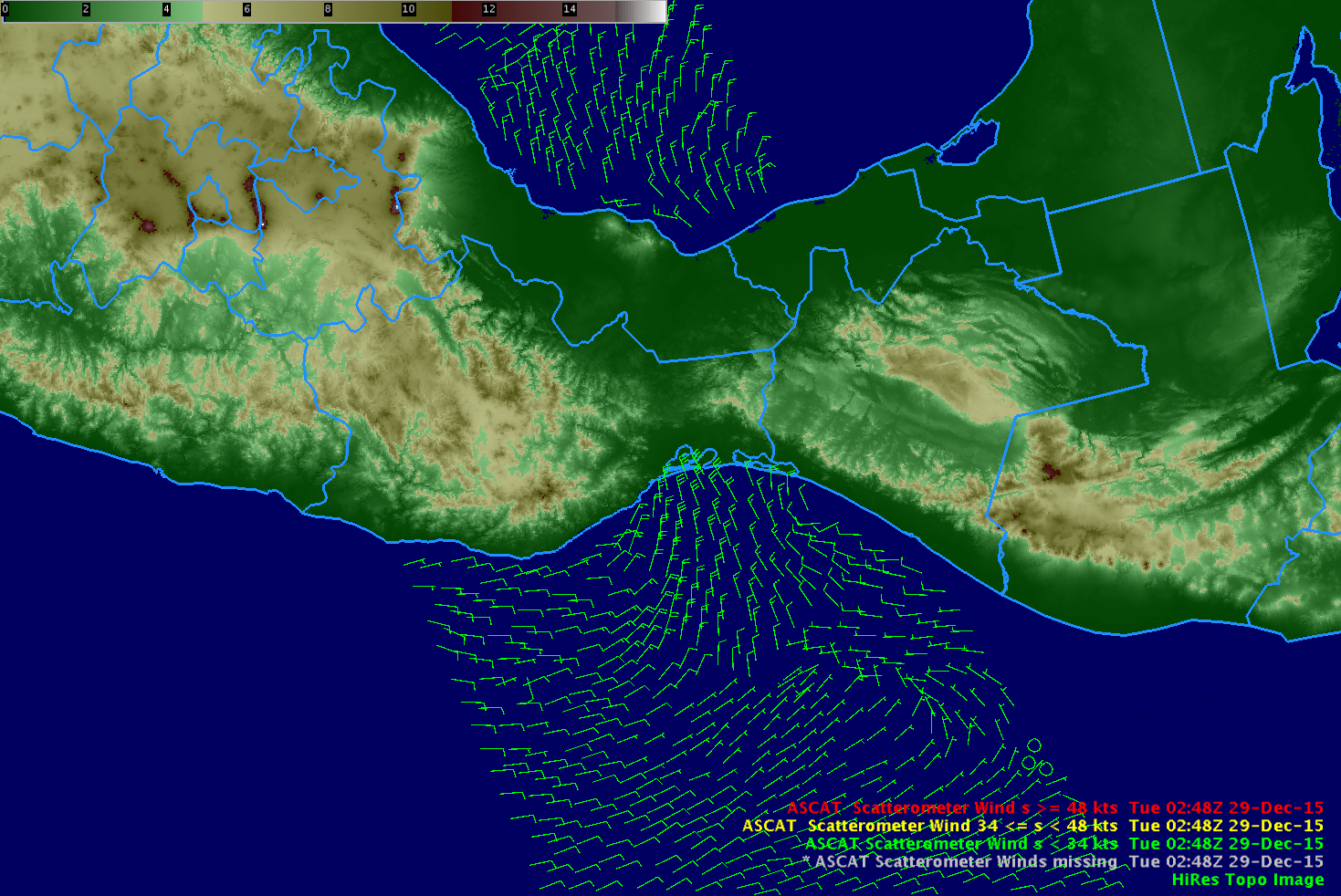