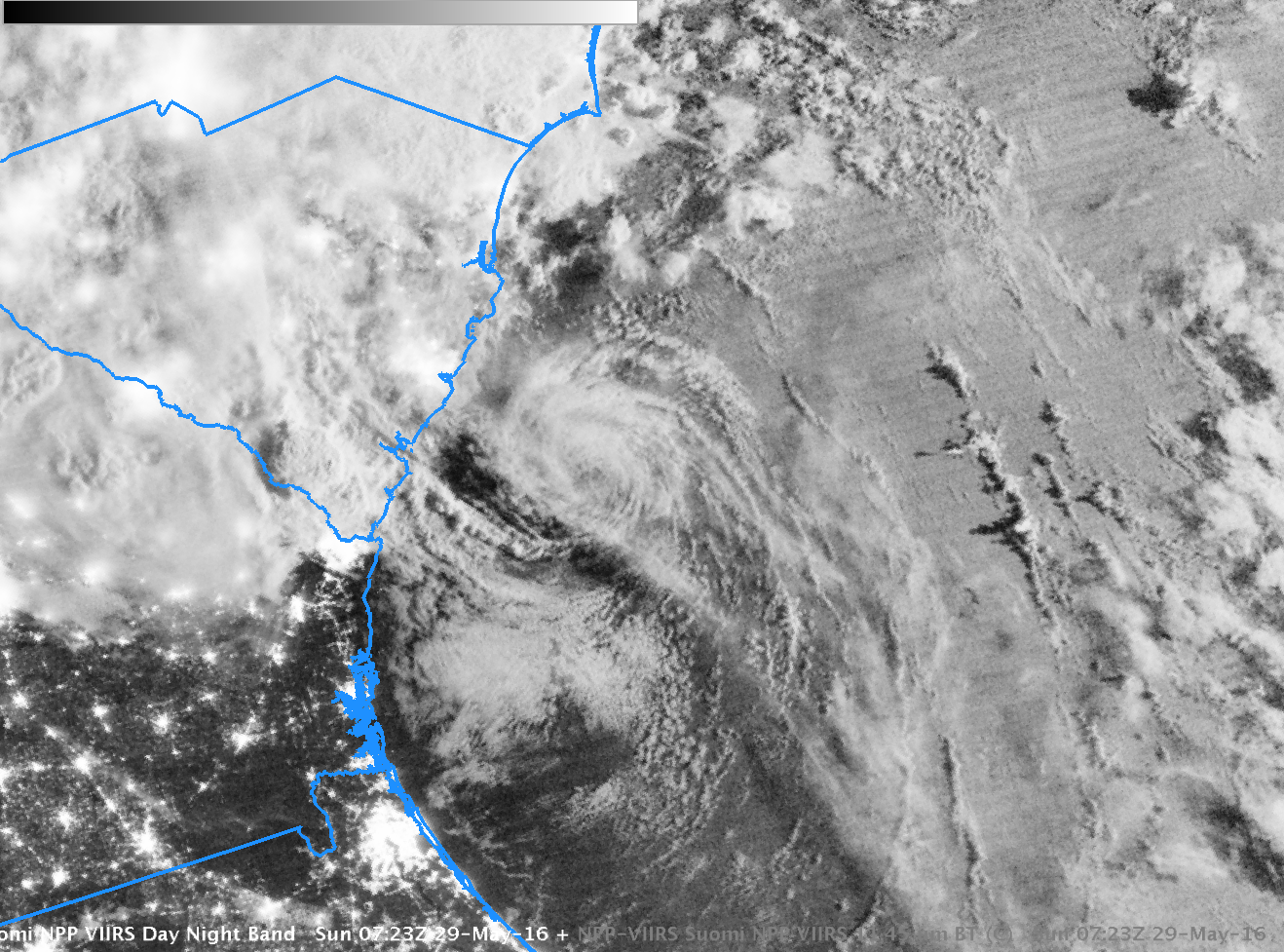 Tropical Depression 2 was upgraded to Tropical Storm Bonnie at 2100 UTC on Saturday 28 May, the second named storm of the 2016 Atlantic Season (Hurricane Alex, which formed in January, was the first named storm). The water vapor animation above shows that Bonnie’s initial spin may be traced to a front associated with an occluded... Read More