Mountain waves and banner clouds over Wyoming and Montana

Strong winds aloft associated with a cyclonically-curved jet streak over the Northern Rocky Mountains were responsible for a number of mountain waves and lee “banner clouds” over parts of Wyoming and Montana on 25 December – 26 December 2011. A side-by-side comparison of GOES-15 (GOES-West) and GOES-13 (GOES-East) 6.5 Âµm water vapor channel images (above; click image to play animation) revealed some interesting differences in the appearance of these mountain waves. Note that the images are displayed in the native projection of their respective satellites.

A comparison of the GOES-15 and GOES-13 imager 6.5 Âµm water vapor channel weighting functions (below) showed that the satellite viewing angles (or satellite zenith angles) were very close — 56.41 degrees for GOES-15, and 59.95 degrees for GOES-13 — and the weighting function profiles were nearly identical. However, the fact that GOES-15 was viewing the region from the west allowed it to better resolve the warm/dry signatures (yellow color enhancement) of the most pronounced sinking regions associated with some of the stronger mountain waves. These warm/dry subsidence signatures were possibly masked by the high-altitude lee banner clouds when viewed from the east with GOES-13.

At 00:40 UTC there was one pilot report of brief moderate turbulence at an altitude of 37,000 feet near the Wind River Range in west-central Wyoming (below). Only a lee banner cloud was evident on the GOES water vapor imagery at that particular time, but a few hours later the warm/dry signature of strong mountain wave subsidence started to become more distinct over that location. 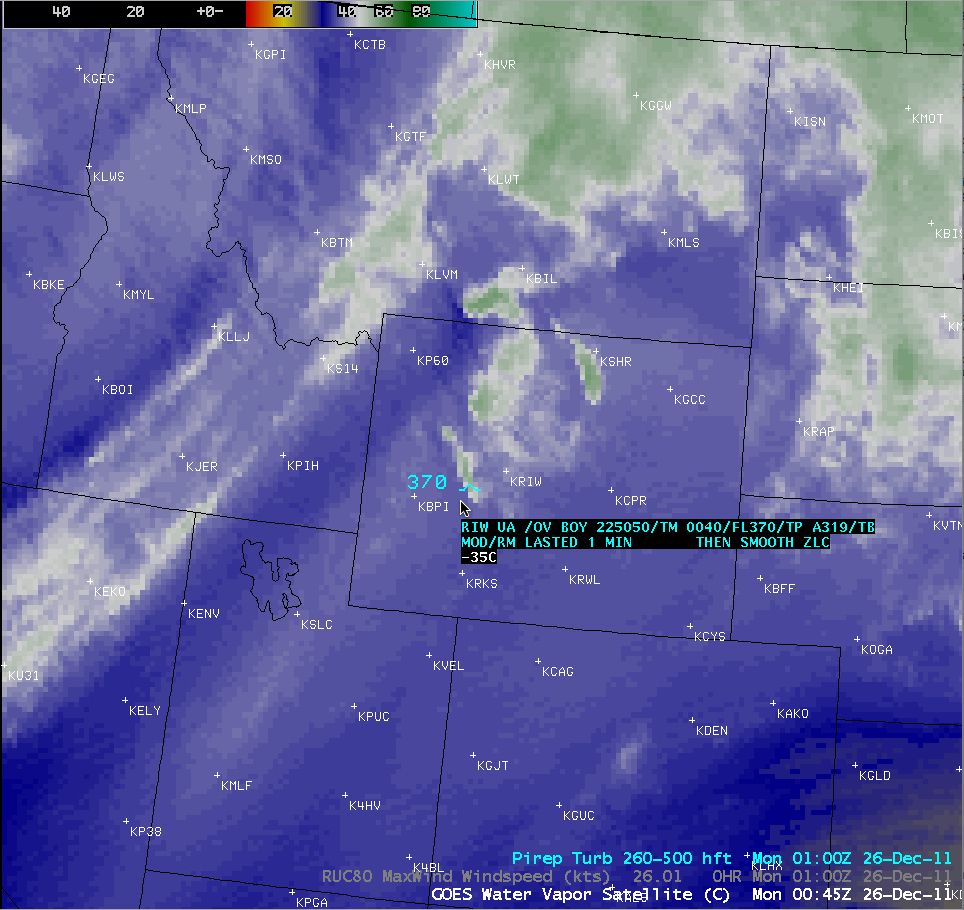