A comparison of GOES-12 and GOES-13 visible images centered near Rolla (station identifier KVIH) in southern Missouri (above) showed that widespread river valley fog was dissipating during the morning hours on 27 August 2008. Note the improvement in image-to-image navigation on the GOES-13 data (less “wobble” of the images), due to changes in the spacecraft design on the newer GOES-13 satellite.

Mountain waves seen on water vapor imagery have long been recognized as an indicator of potential clear air turbulence. There was one pilot report (PIREP) of light to moderate turbulence at an altitude of 32,000 feet near Great Falls, Montana around 17:40 UTC (below). 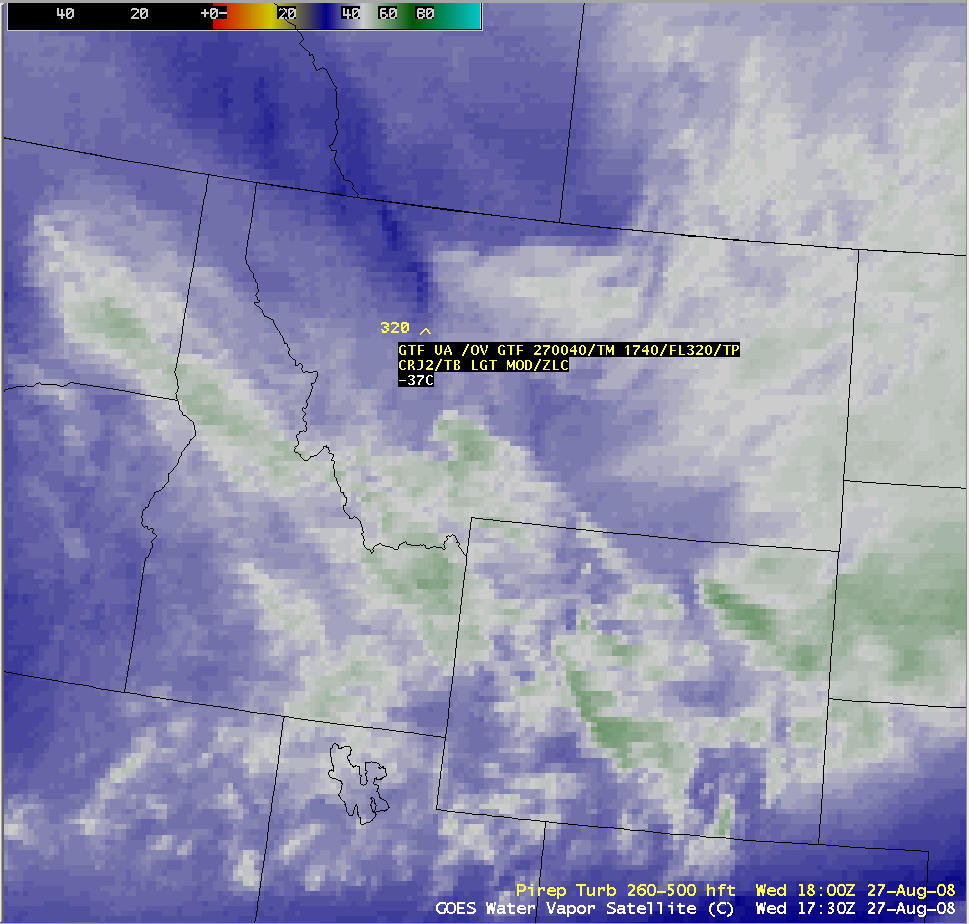