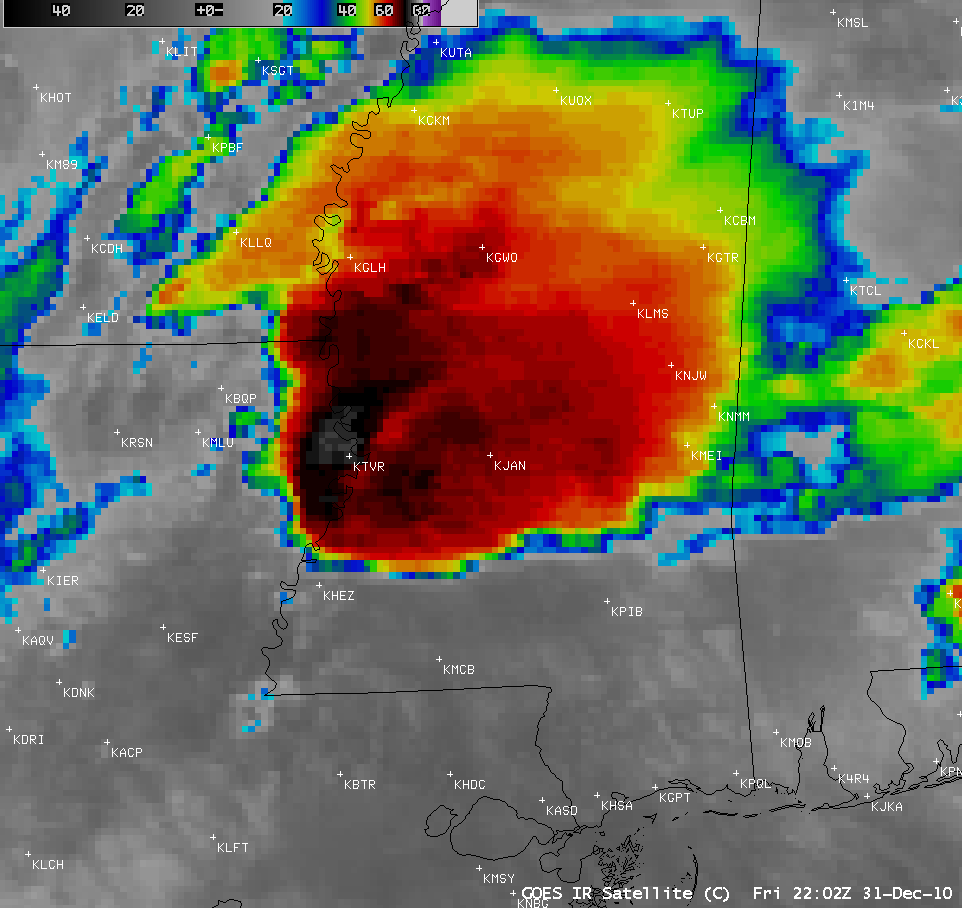 A tornado (which produced EF-2 damage at one point along its path) moved directly across the airport grounds and passed just south of the airport terminal at Jackson, Mississippi (station identifier KJAN) around 23:20 UTC on 31 December 2010 — being such a close call, it was cause for the staff at the National Weather Service forecast office at Jackson to shelter in place for several minutes while the tornado moved over the airport. This was part of a large severe weather outbreak across much of the south-central US.

About 1.5 hours before the Jackson MS tornado, AWIPS images of 1-km resolution POES AVHRR 0.63 Âµm visible and 10.8 Âµm IR data (below) displayed IR cloud top brightness temperatures as cold as -82Âº C (violet color enhancement), as well as a prominent shadow that was being cast by that particular overshooting top on the visible image.

A comparison of the 1-km resolution POES AVHRR 10.8 Âµm IR image with the corresponding 4-km resolution GOES-13 IR image (below) is a good demonstration of the problem of parallax error associated with viewing tall storm top features from geostationary satellites. Note how far northward the cloud features are displaced on the GOES-13 IR image — with a POES satellite flying directly overhead, there is minimal parallax error and therefore a more accurate mapping of the cloud features.