Note the significantly warmer surface air temperatures at a few sites along the arctic coast of both Alaska and the Yukon Territory of Canada — this was due to a low cloud deck that was preventing the strong radiational cooling that was occurring farther inland. AWIPS images of the POES AVHRR Cloud Top Temperature (CTT) product and the POES AVHRR Cloud Top Height (CTH) product (below) showed that CTT values associated with this feature were in the -20º to -25º C range  (yellow to cyan color enhancement), with CTH values of 1-2 km (violet color enhancement). 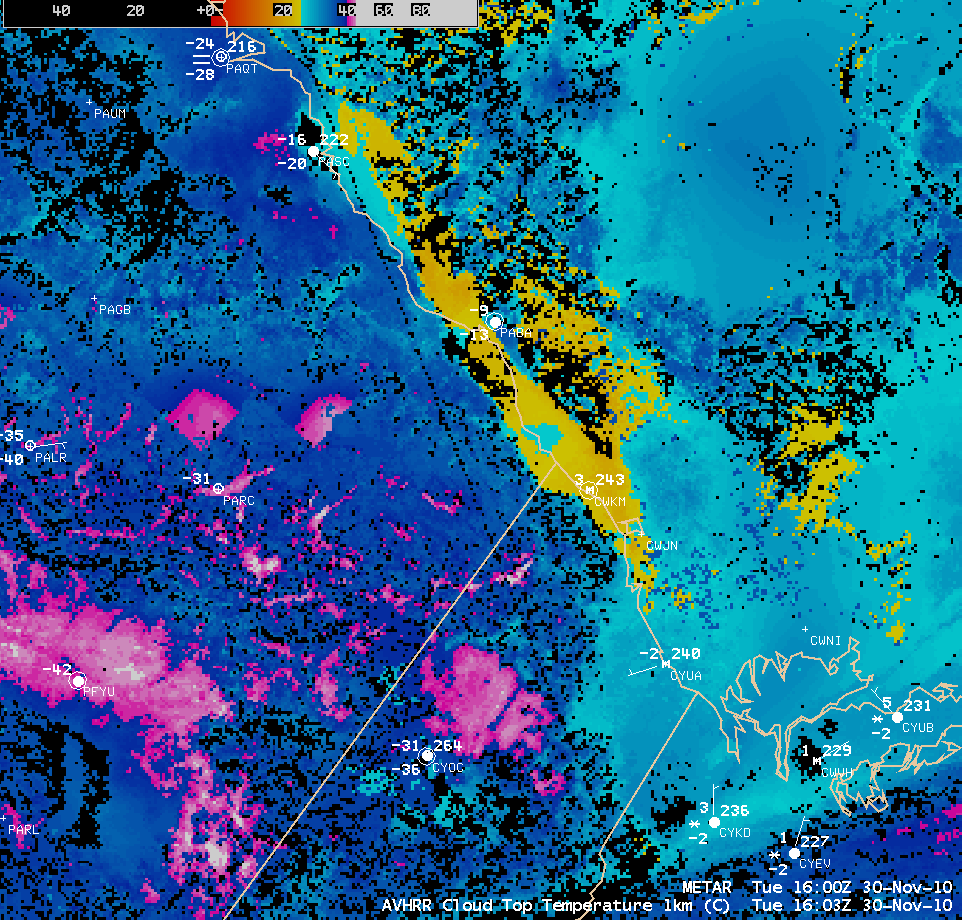 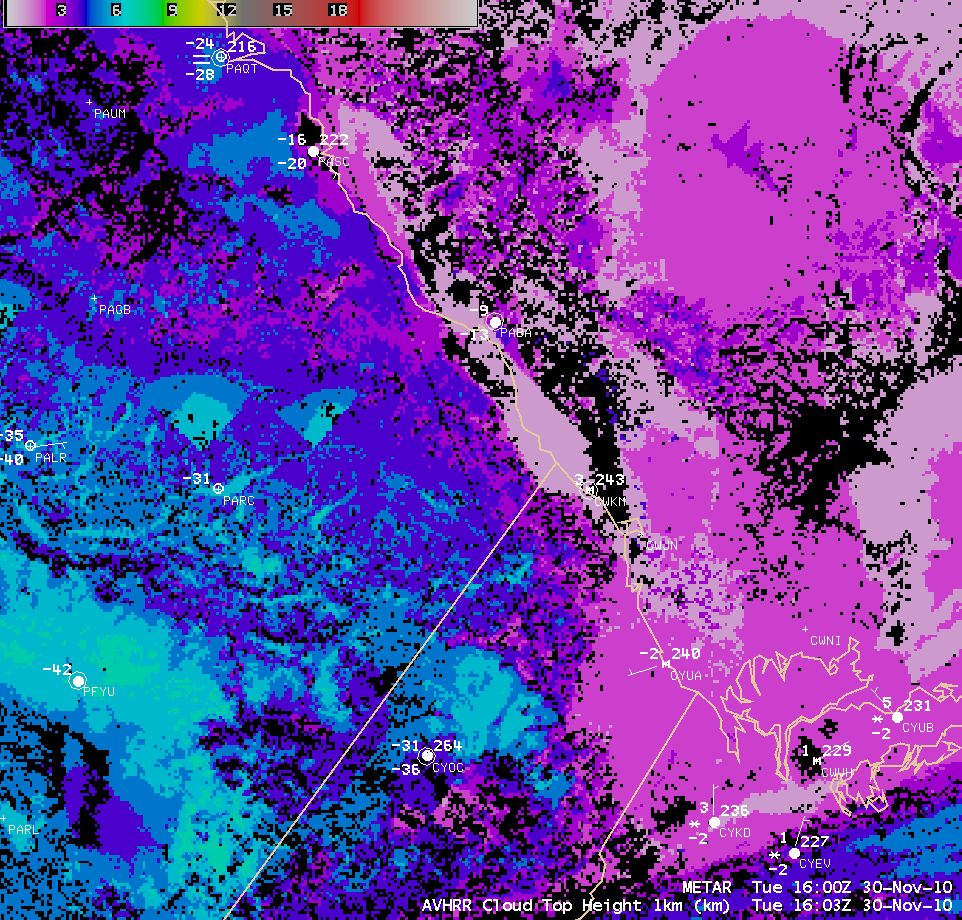