AWIPS images of the MODIS 0.65 µm visible channel data (above) revealed a few dark features within the otherwise bright sun glint region just off the coast of Florida and Georgia on 05 May 2010. The corresponding MODIS Sea Surface Temperature (SST) product indicated that SST values were also quite warm within these dark visible image features (SST values as high as 79ºF, darker red colors) — in fact, just as warm as those seen a bit farther to the east within the Gulf Stream. In contrast, to the north of the dark/warm features, the MODIS SST values were only around 69-70ºF (yellow to green colors).

This type of visible image “dark signature” over water illuminated by sun glint has been observed before — for example, over Lake Michigan — and is recognized as a signature of regions of very light or calm winds. The surface wind field from the NAM20 model (cyan wind barbs) did show a west-to-east oriented axis of calm winds just to the south of the dark/warm signature noted on the MODIS imagery. In this case, the MODIS imagery could have been used to identify the slight southward bias of the NAM20 model wind fields at that time. 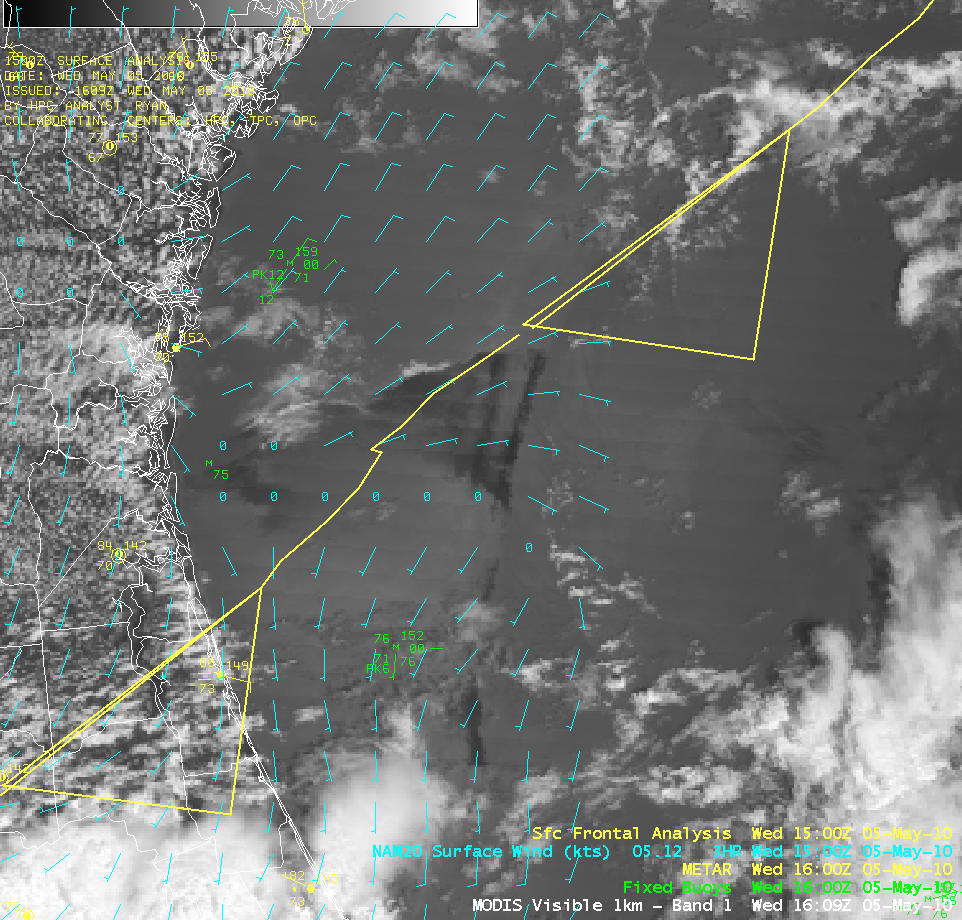 The Hydometeorological Prediction Center (HPC) surface frontal analysis for 15 UTC is overlaid on the MODIS visible image (above). Judging from the location of the dark features on the visible image, it would appear the the weak cold front had not yet advanced as far southeastward as the area of light/calm winds seen just after 16 UTC . 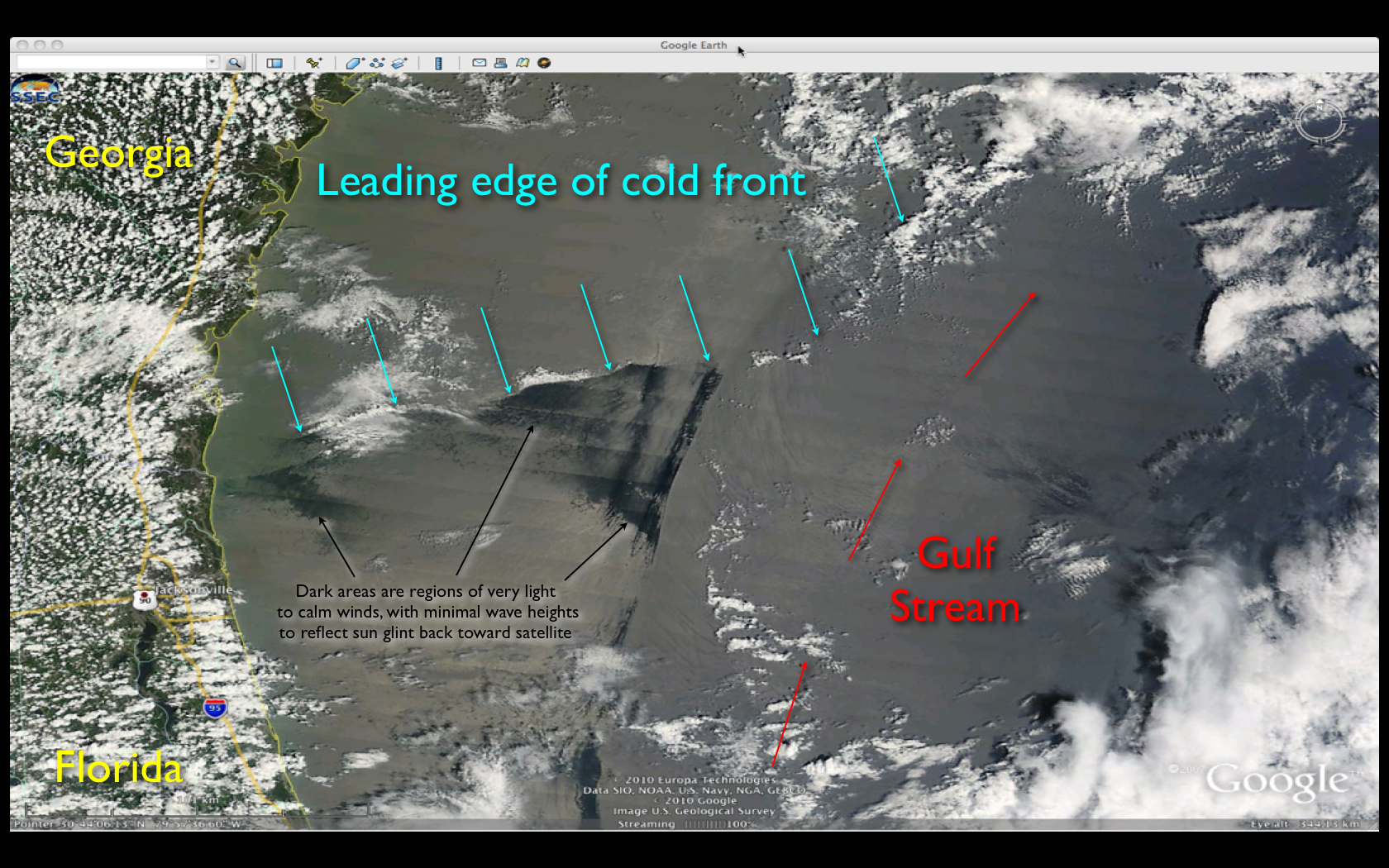 A closer view using a 250-meter resolution MODIS true color Red/Green/Blue (RGB) image — created using MODIS bands 1/4/3 as the R/G/B channels — acquired from the SSEC MODIS Today site (above, visualized using Google Earth) is annotated to point out the subtle yet potentially important clues as to the exact location of the leading edge of the cold frontal boundary at the time of the Terra satellite overpass (approximately 16:18 UTC). This example also suggests that frontal boundaries do not necessarily resemble the nice smoothly-drawn features we see on weather maps, but instead can be complex in their shape due to various interactions with terrain, coastlines, etc.