Overlapping 1-minute Mesoscale Domain Sectors provided 30-second GOES-18 (GOES-West) Fire Temperature RGB images, along with GOES-17 Fire Detection and Characterization Algorithm (FDCA) products (above) — which showed thermal signatures of the larger Ross Fork Fire and the smaller Wildhorse Fire in southern Idaho on 04 September 2022. The Wildhorse Fire caused a closure of US Highway 20, just west of Hill City, for a period of 12 hours. 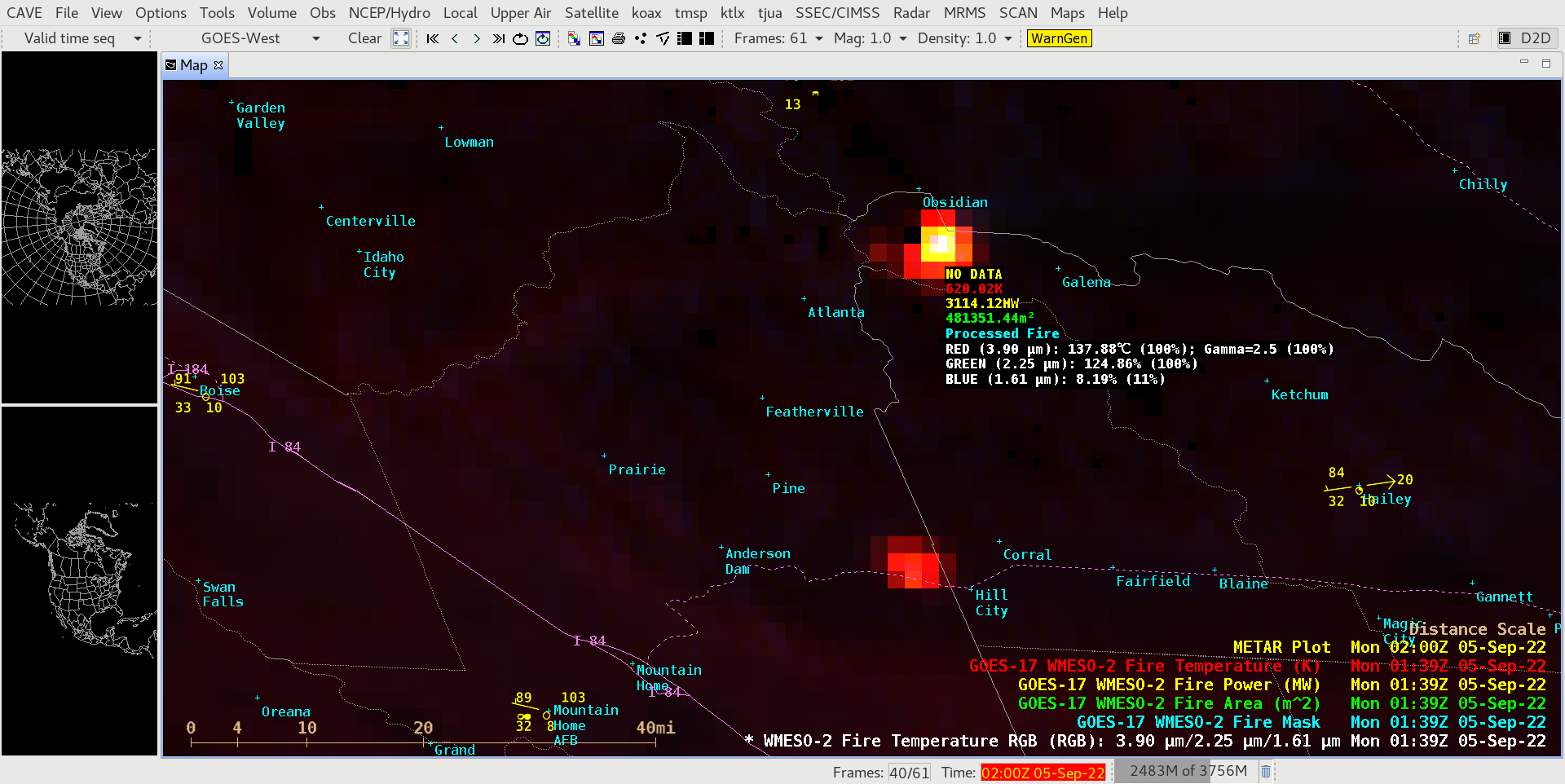 Note, however, that FDCA parameters were not displayable in AWIPS for Cloudy Fires (fires with partial obscuration by pyrocumulus clouds and/or optically-thick smoke) or for Saturated Fires (below). Part of this issue is related to the fact that the peak GOES-18 3.9 µm temperature (137.88ºC) was slightly lower than the peak 3.9 µm value for GOES-16/-17 (138.71ºC). 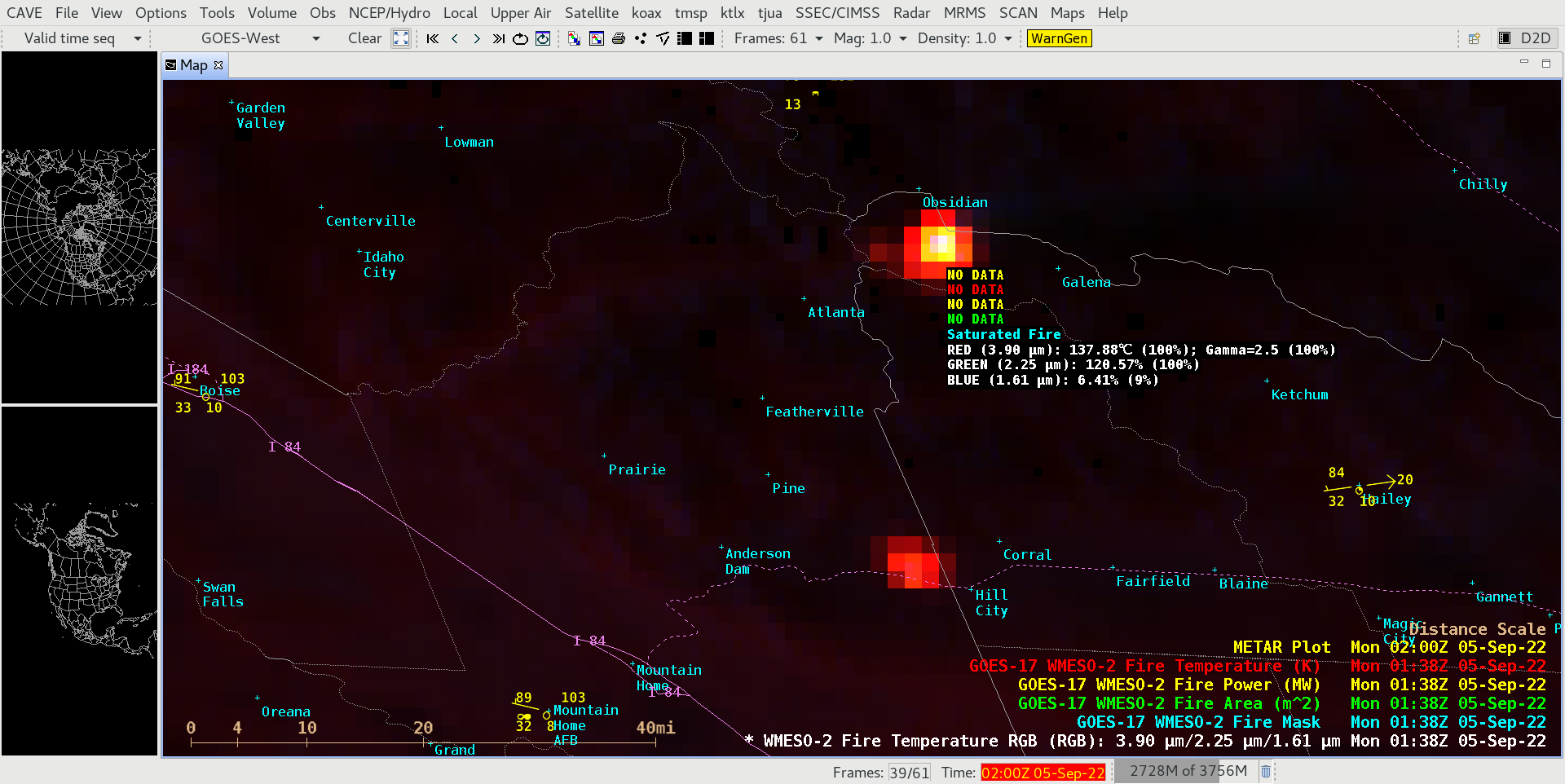 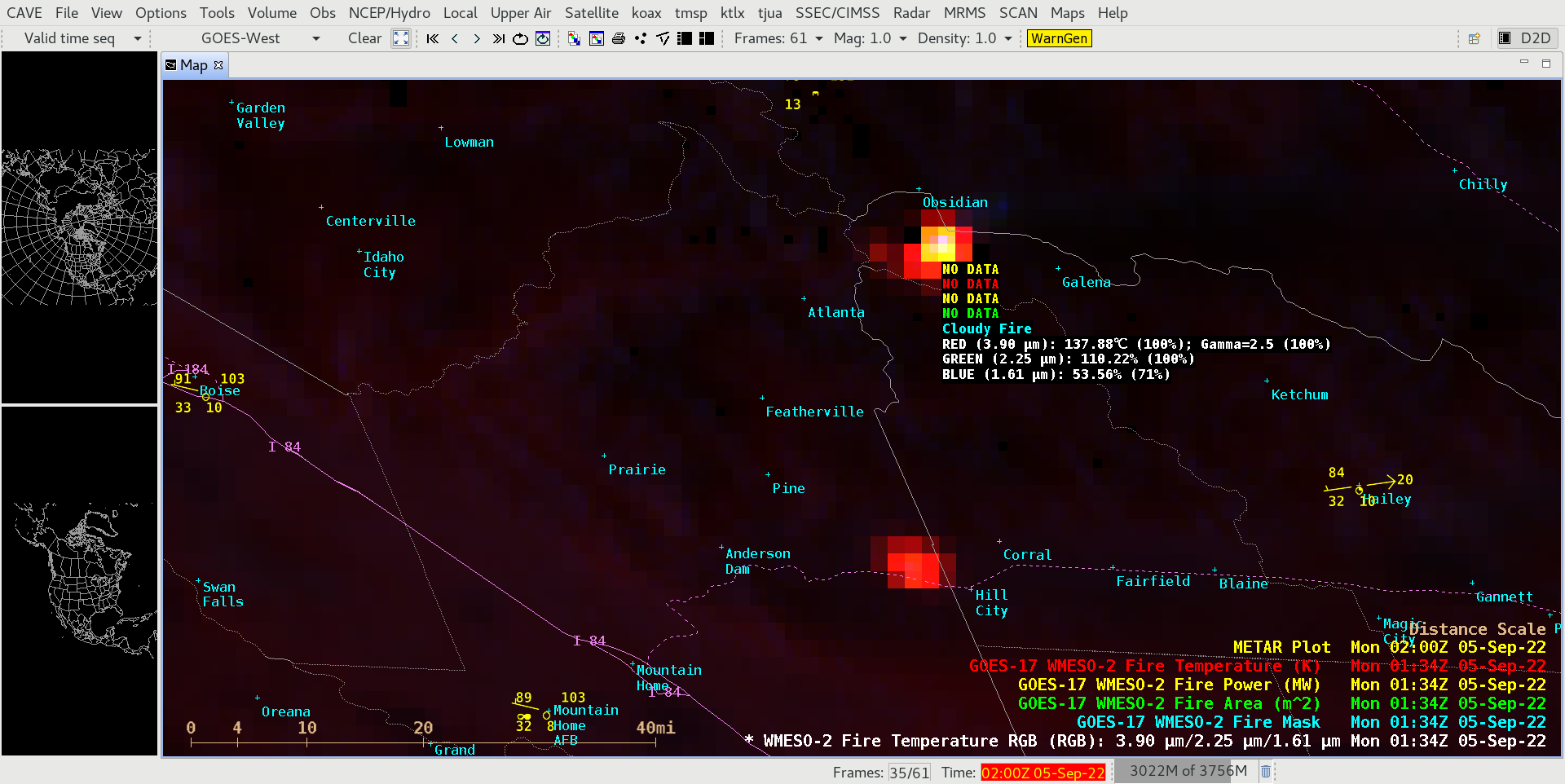