The GOES-16 Fire Temperature RGB image at 1921 UTC (below) includes cursor readouts of the individual RGB components, along with the corresponding Fire Detection and Characterization Algorithm (FDCA) products. This was the time of the peak 3.9 µm infrared brightness temperature of 86.95ºC — the FDCA Fire Temperature value was 758.57 K, while the Fire Power was 912.46 MW. 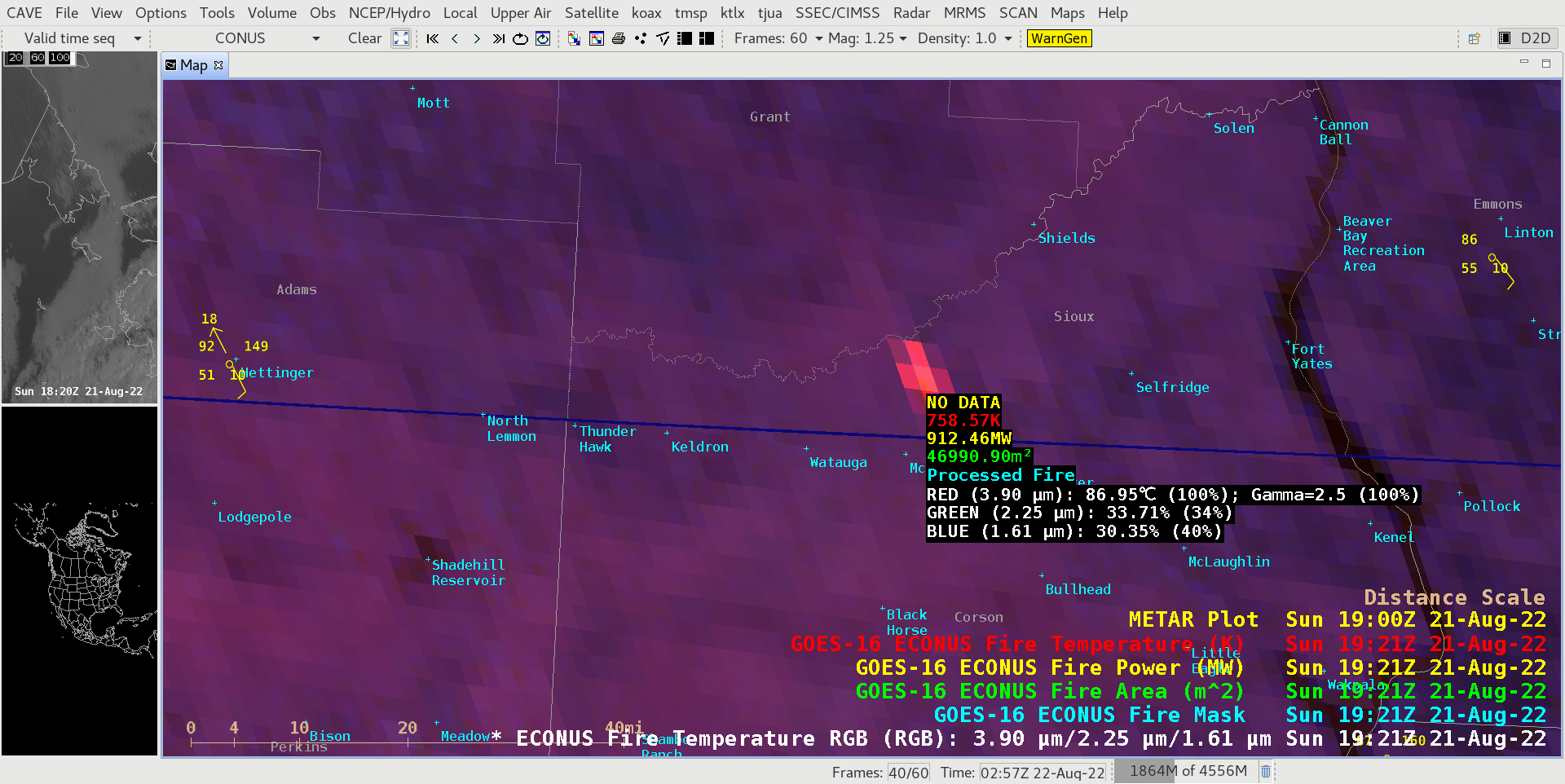 In Suomi-NPP VIIRS True Color and False Color RGB images valid at 1938 UTC viewed using RealEarth (below), the elongated dark vegetation burn scar was evident, along with a smoke plume fanning out to the north and a lone pyrocumulus cloud just northeast of the active fire (brighter shades of pink in the False Color image).