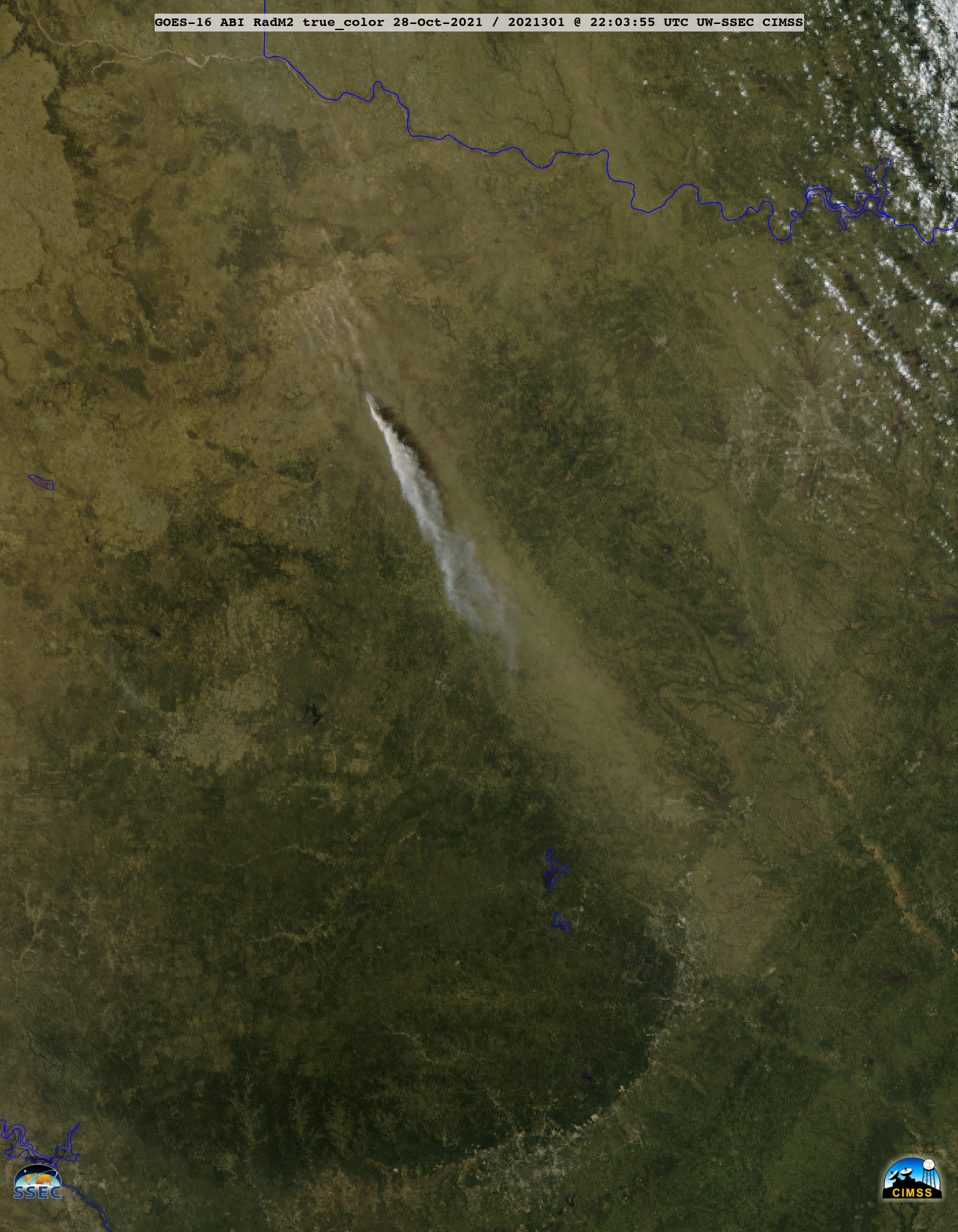 In a sequence of 1-minute GOES-16 “Red” Visible (0.64 µm) and Shortwave Infrared (3.9 µm) images along with 5-minute Fire Temperature and Fire Power derived products — all with an overlay of 5-minute Visible Derived Motion Winds (below), the maximum surface 3.9 µm brightness temperature sensed with this fire was 138.7ºC (which is the saturation temperature for the ABI Band 7 detectors), the peak Fire Temperature exceeded 2900 K and the Fire Power reached 1800 MW (the Fire Temperature and Fire Power derived products are components of the GOES Fire Detection and Characterization Algorithm FDCA). Derived Motion Winds tracked the smoke plume moving southeastward at speeds up to 49 knots. 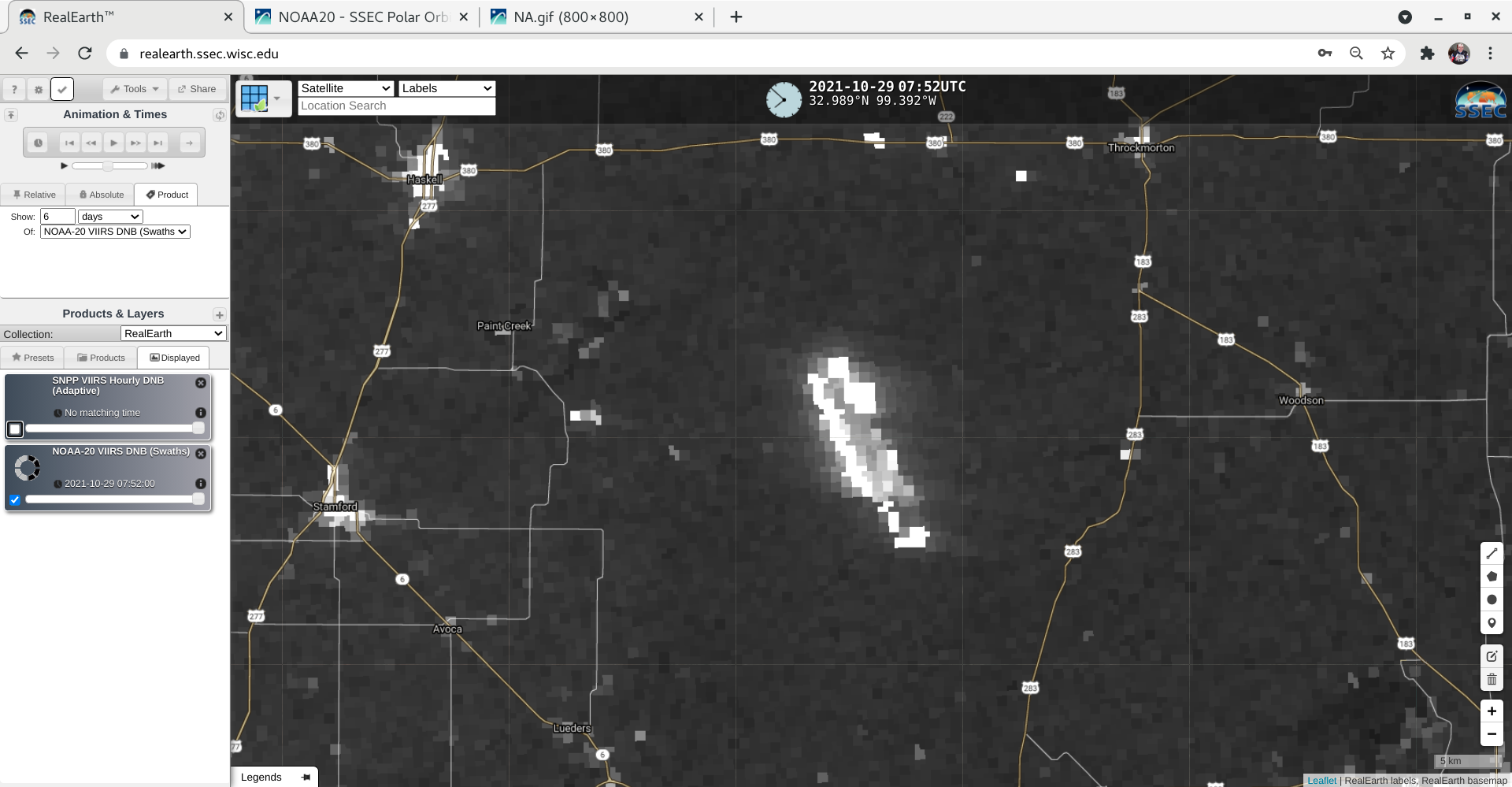 During the subsequent nighttime hours, the bright glow of the Buck Fire could be seen on a NOAA-20 VIIRS Day/Night Band image at 0816 UTC or 3:16 am CDT, as viewed using RealEarth (above).

The fire continued to burn into the following day — and the burn scar could be seen in NOAA-20 VIIRS True Color and False Color images (below). 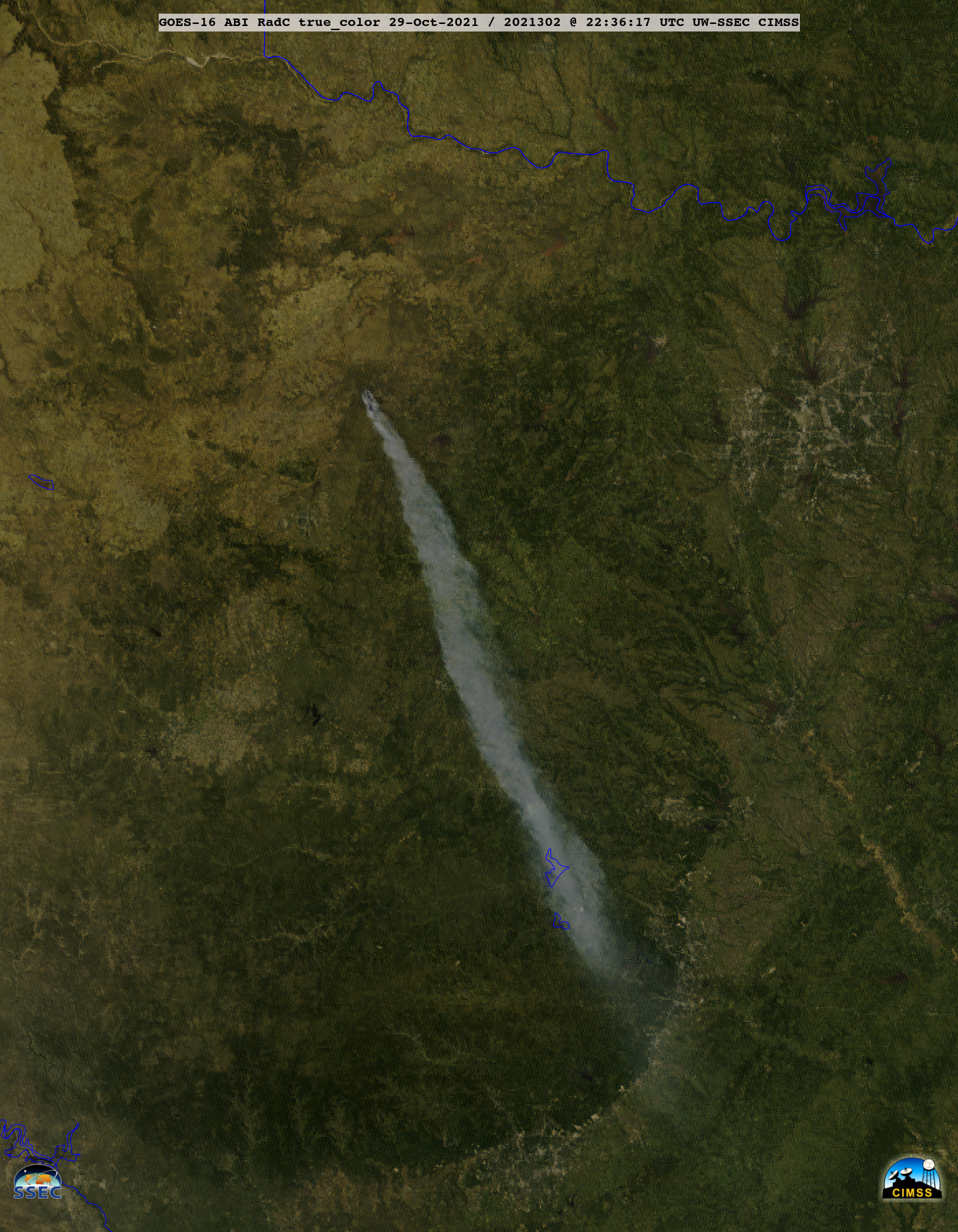