Algae blooms off the California coast 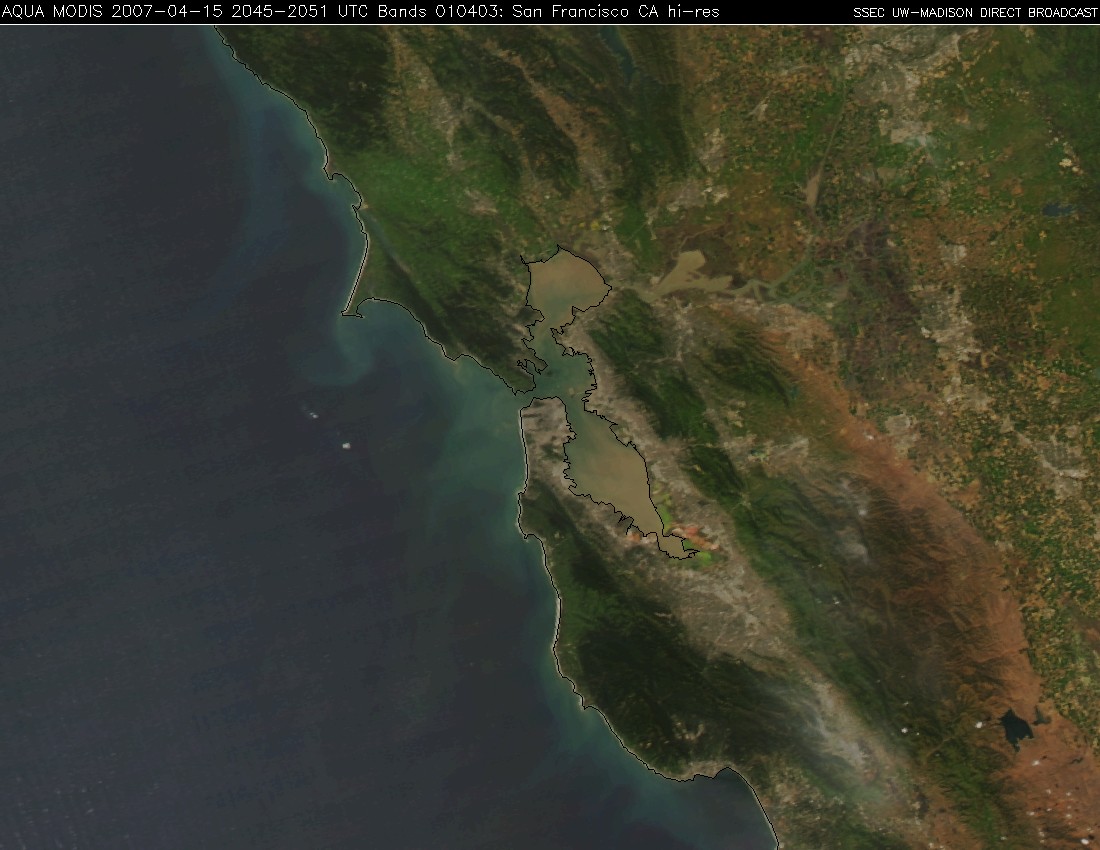 According to news reports, algae blooms off the coast of California have been producing toxic levels of domoic acid that have recently killed large numbers of birds, sea lions, and dolphins. MODIS true color images centered over San Francisco, California (above; Java animation) show the presence of chlorophyll-containing phytoplankton (light blue-green color) along the immediate coastal waters during the 23 March to 24 April 2007 period.