As we have seen a number of times during the Winter 2013/2014 season, another strong Tehuano wind event occurred on 08 April 2014. McIDAS images of GOES-13 (GOES-East) Visible (0.63 µm) data (above) showed distinct arc clouds marking the leading edge of 2 pulses of gap winds emerging southward over the Gulf of Tehuantepec. The second (later) pulse of gap winds appeared to be stronger, and transported plumes of blowing dust to the south.

A timely overpass of a Metop polar-orbiting satellite provided ASCAT surface scaterometer winds, which showed the fanning out of the Tehuano flow at 16:20 UTC (below). An advisory for the development of Storm Force winds across the Gulf of Tehuantepec had been issued by the NOAA Ocean Prediction Center. 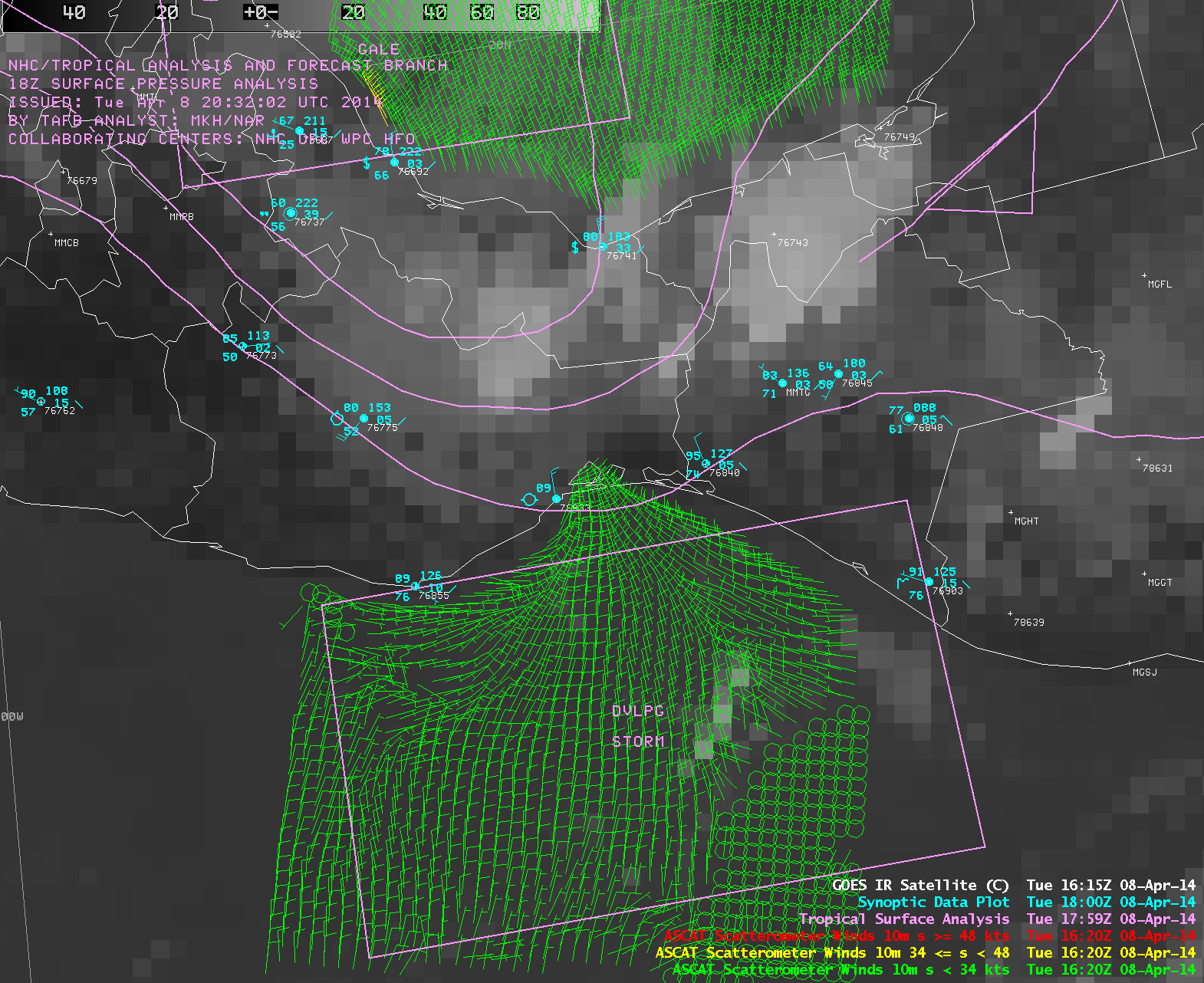 MADIS 1-hour interval satellite winds (below) tracked the velocity of the arc cloud and dust plumes during the day, which were moving at speeds up to 30 knots. 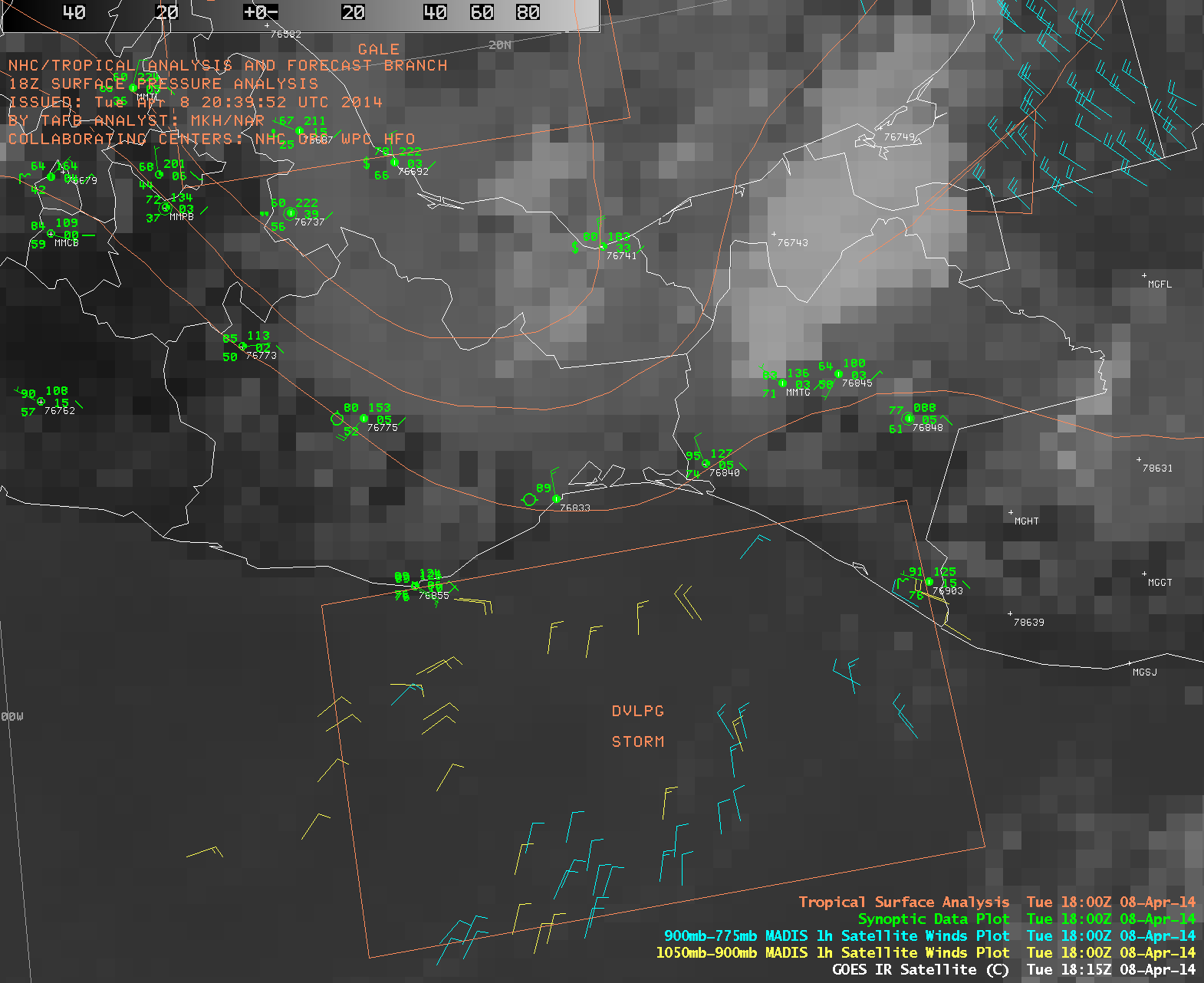 Past cases of well-defined Tehuano wind events can be found here.