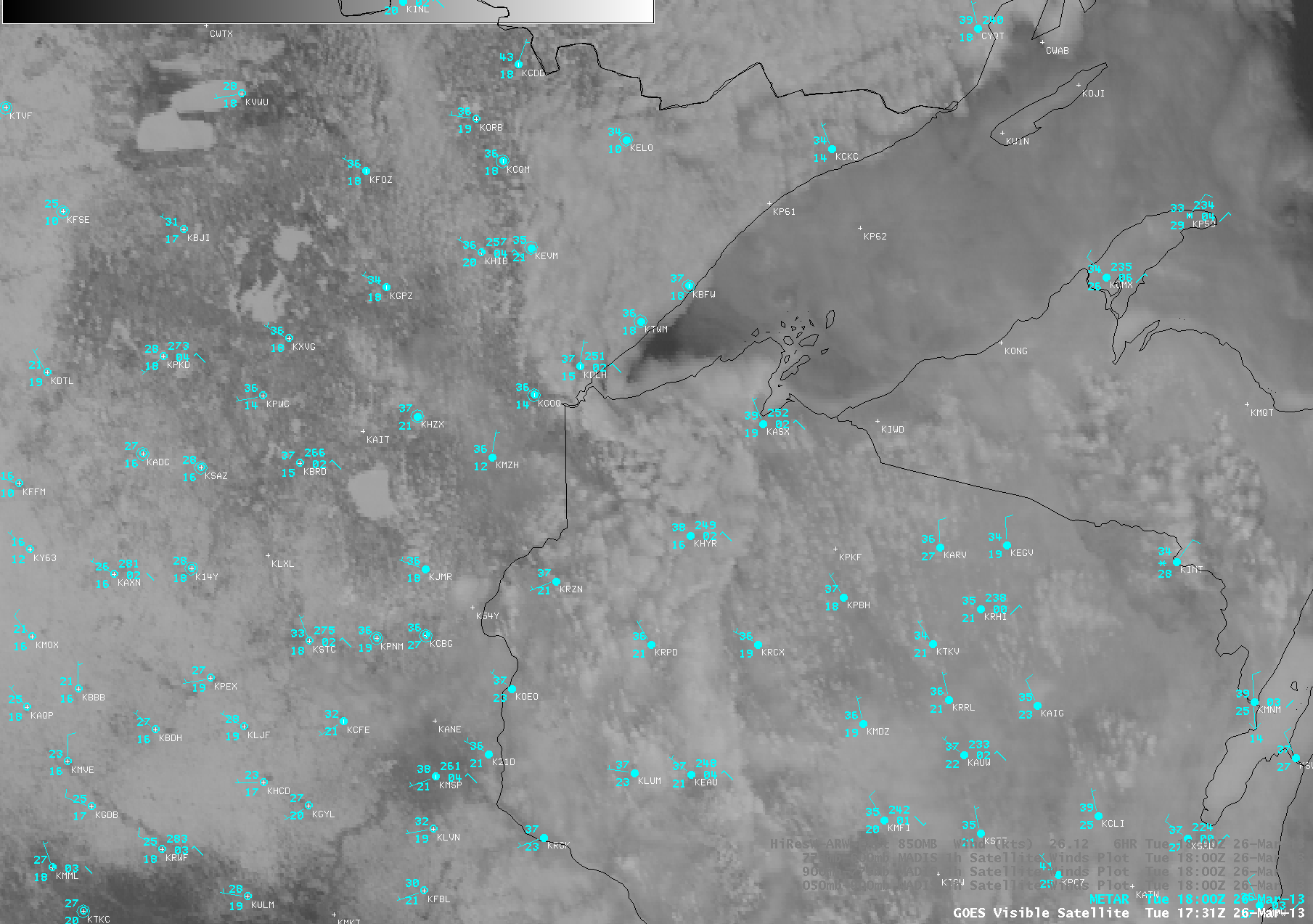 AWIPS images of GOES-13 0.63 Âµm visible channel data (above; click image to play animation) revealed the formation of a mesoscale vortex over far northwestern Wisconsin during the day on 26 March 2013. Overlays of MADIS 1-hour interval atmospheric motion vectors (below) showed that the satellite-derived winds were indicating some degree of cyclonic flow into the western portion of the mesovortex.

A comparison of Suomi NPP VIIRS 0.64 Âµm visible channel and 11.45 Âµm IR channel images (below) showed that the cloud elements comprising the mesoscale vortex appeared convective in nature, with many exhibiting IR cloud top brightness temperatures of -20Âº C or colder (light blue color enhancement). The morning rawinsonde data from Minneapolis, Minnesota indicated that a very unstable layer was present just above the surface between 950 and 750 hPa — so with a convective temperature of only 36Âº F the convective elements were quick to develop once surface temperatures began to warm after sunrise.

During the following overnight hours, the cyclonic swirl signature of the mesoscale vortex could still be seen over northwestern Wisconsin at 07:53 UTC or 2:53 AM local time on the Suomi NPP VIIRS IR brightness temperature difference “fog/stratus product” (below). Due to ample illumination by a full Moon,Â  a “night-time visible image” provided by the corresponding 0.7 Âµm Day/Night Band (DNB) showed that city lights could still be seen through the low cloud deck; other features of interest on the DNB image included ice in Green Bay and a few areas along the south shore of Lake Superior, and the southern extent of the snow cover from far eastern South Dakota into southern Minnesota.