Southeastern US: widespread fire activity, and a good view of the Gulf Stream 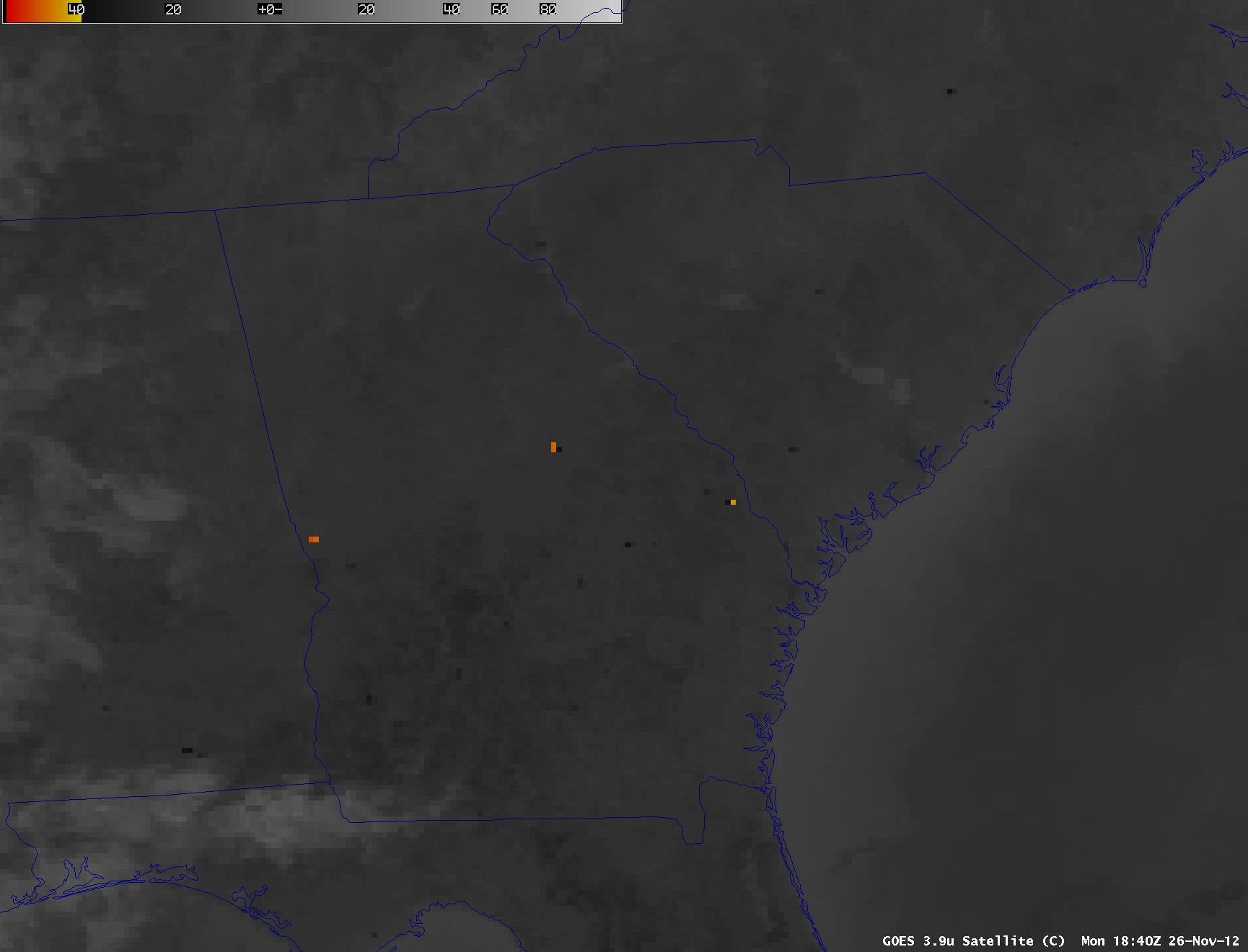 4-km resolution GOES-13 3.9 Âµm shortwave IR channel images (above; click image to play animation) detected a number of “hot spots” (black to yellow to red colored pixels) due to widespread small agricultural fires that were burning across parts of the southeastern US on 26 November 2012. This type of burning is a common practice to clear debris from fields and prepare them for future planting of crops. 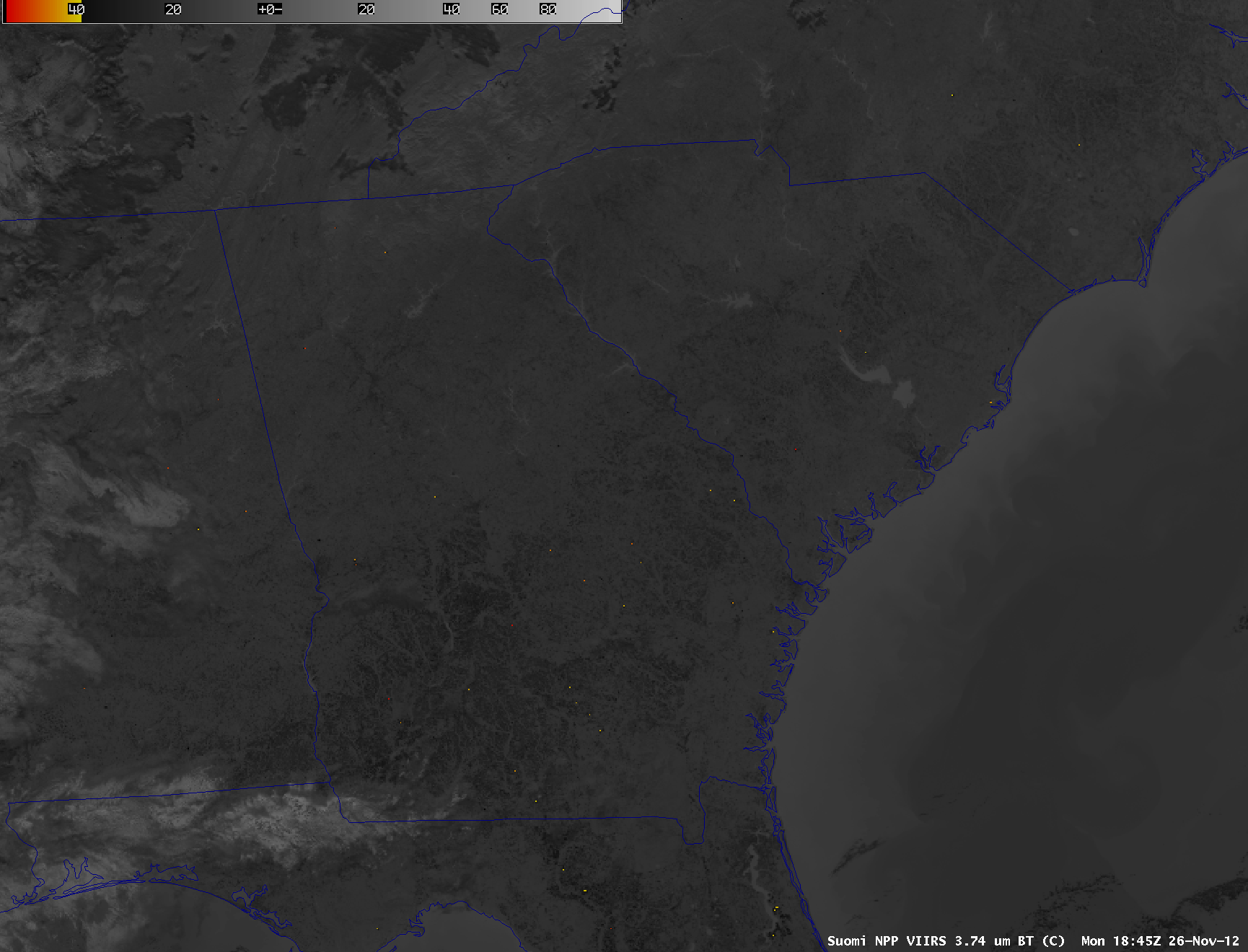 A 1-km resolution Suomi NPP VIIRS 3.74 Âµm shortwave IR image at 18:45 UTC (above) showed many more very small hot spots across the region. A comparison of this VIIRS image with the corresponding GOES-13 image (below) showed some interesting differences. First of all, the higher spatial resolution of the VIIRS data (375 meters, re-mapped onto a 1-km AWIPS grid) detected a greater number of the smaller fires, compared to the more coarse (4 km resolution) GOES data. Secondly, even though the image times were close (GOES-13 was scanning the region at 18:49 UTC, while the Suomi NPP satellite was passing over at 18:47 UTC), a coupleÂ  of the fires in Georgia exhibited hotter IR brightness temperatures on the GOES image. As can be inferred from the GOES animation, many of these fires were fairly short-lived, so GOES may have been scanning the area when those particular fires were flaring up to their largest size.

If you look at the adjacent offshore waters in the VIIRS and GOES shortwave IR images above, you can see the warmer signature (darker gray enhancement) of the Gulf Stream. A comparison of 1-km resolution MODIS Sea Surface Temperature (SST) product images at 15:22 UTC and 18:40 UTC (below) revealed some very intricate structure to the axis of the Gulf Stream, with a number of cold and warm eddy features. Note the very sharp SST gradient along the north wall of the Gulf Stream, off the coast of North Carolina: the SST values change from 60s F (green colors) to 70s F (orange colors) over a very short distance.

A comparison of the MODIS SST product with the Real-time, global, sea surface temperature (RTG_SST_HR) analysis (below) showed that the model was unable to resolve many of the smaller eddy features — so the model SST values were as much as 5-10 degrees F different in some of those locations.