The trans-Atlantic flow of moisture and strong winds 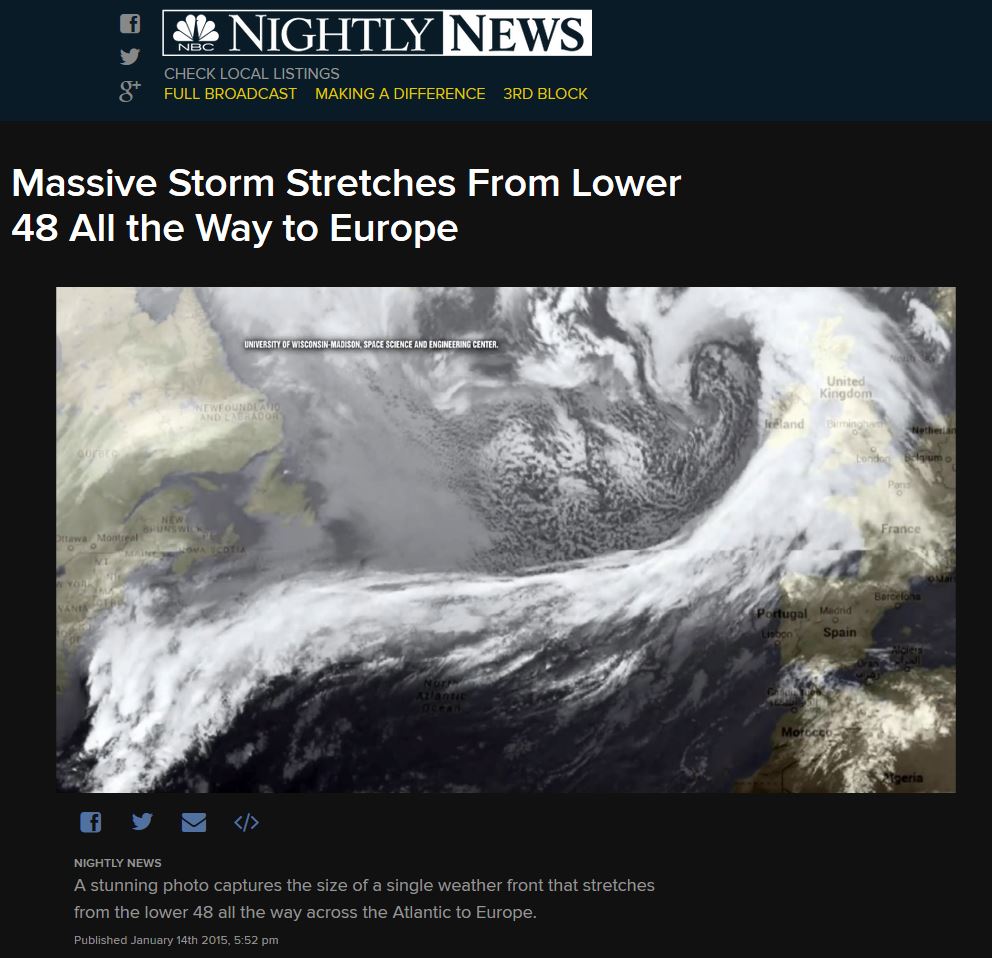 The SSEC RealEarth™ geostationary satellite infrared (IR) image composite shown above (which was first sent out via Twitter by Stu Ostro of The Weather Channel…thanks Stu!) was featured on the NBC Nightly News on 14 January 2015 (link) because it illustrated a vivid example of the trans-Atlantic flow of moisture from a disturbance off the US East Coast to a rapidly-deepening storm approaching the British Isles (surface analysis maps | water vapor images with surface analyses).

A sequence of hourly geostationary satellite water vapor channel image composites (below; click to play animation) showed that there was a clear trans-Atlantic connection in terms of middle to upper tropospheric moisture/clouds, and a comparison of the 20 UTC water vapor image with the corresponding MIMIC Total Precipitable Water product indicated that there was a lower to middle tropospheric moisture connection as well. This type of long and narrow fetch of TPW is often referred to as an “atmospheric river”. 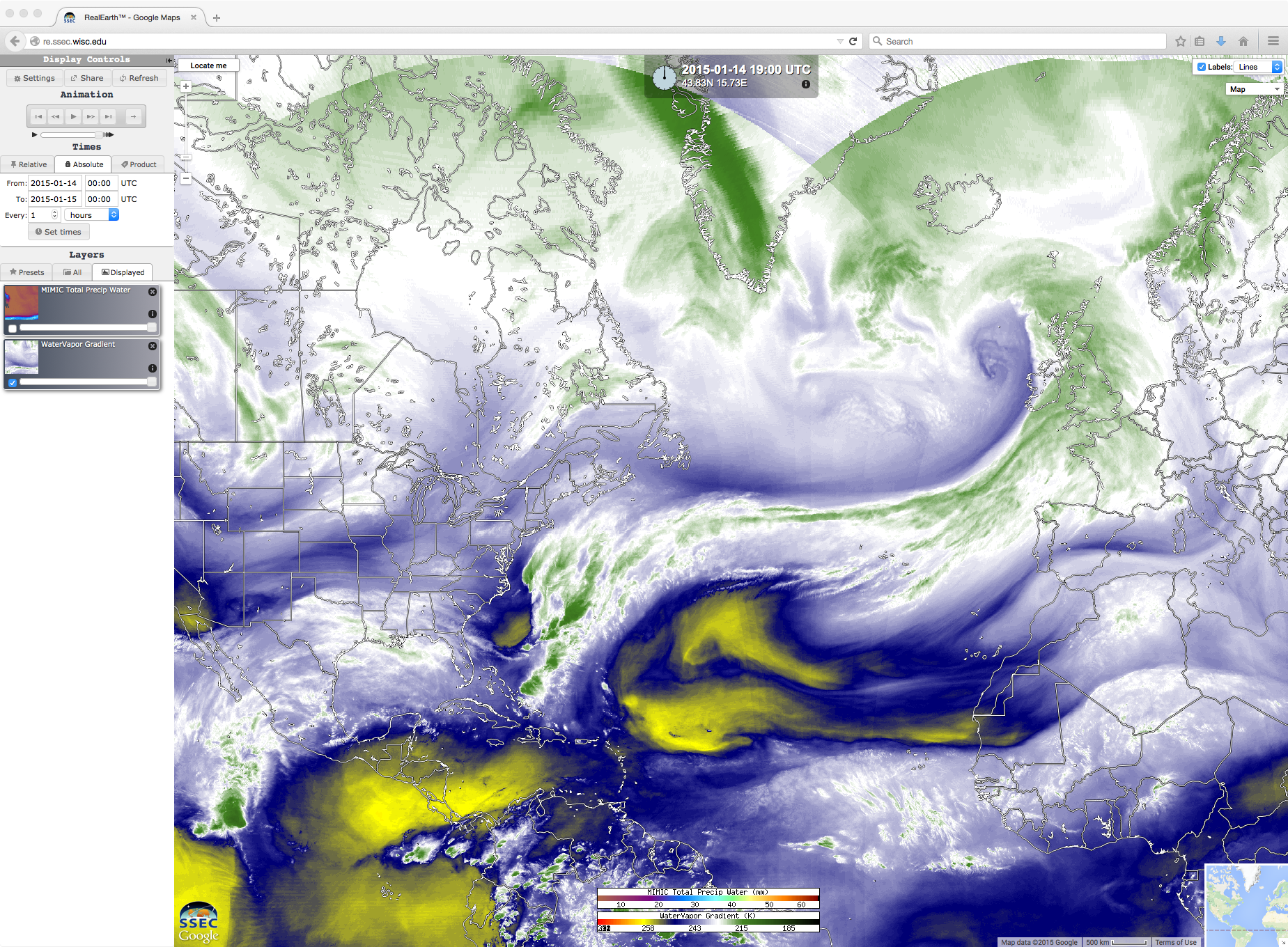 Another interesting point brought up during the NBC Nightly News segment was the recent presence of unusually strong trans-Atlantic jet stream winds, which has allowed aircraft flying from New York City to London to set record times in terms of conventional passenger aircraft (such as the 08 January flight of British Airways 114). Note the strong dry-to-moist (darker blue to white to green color enhancement) along the northern edge of the trans-Atlantic water vapor image moisture feed: such a moisture gradient often coincides with the axis of a strong jet stream. AWIPS images of water vapor imagery with overlays of MADIS cloud-tracked and water-vapor-tracked winds (below; click image to play animation) showed many high-altitude wind vectors in the vicinity of the jet stream moisture gradient with speeds in the 150-160 knot range (with 175 knots seen on the previous day). 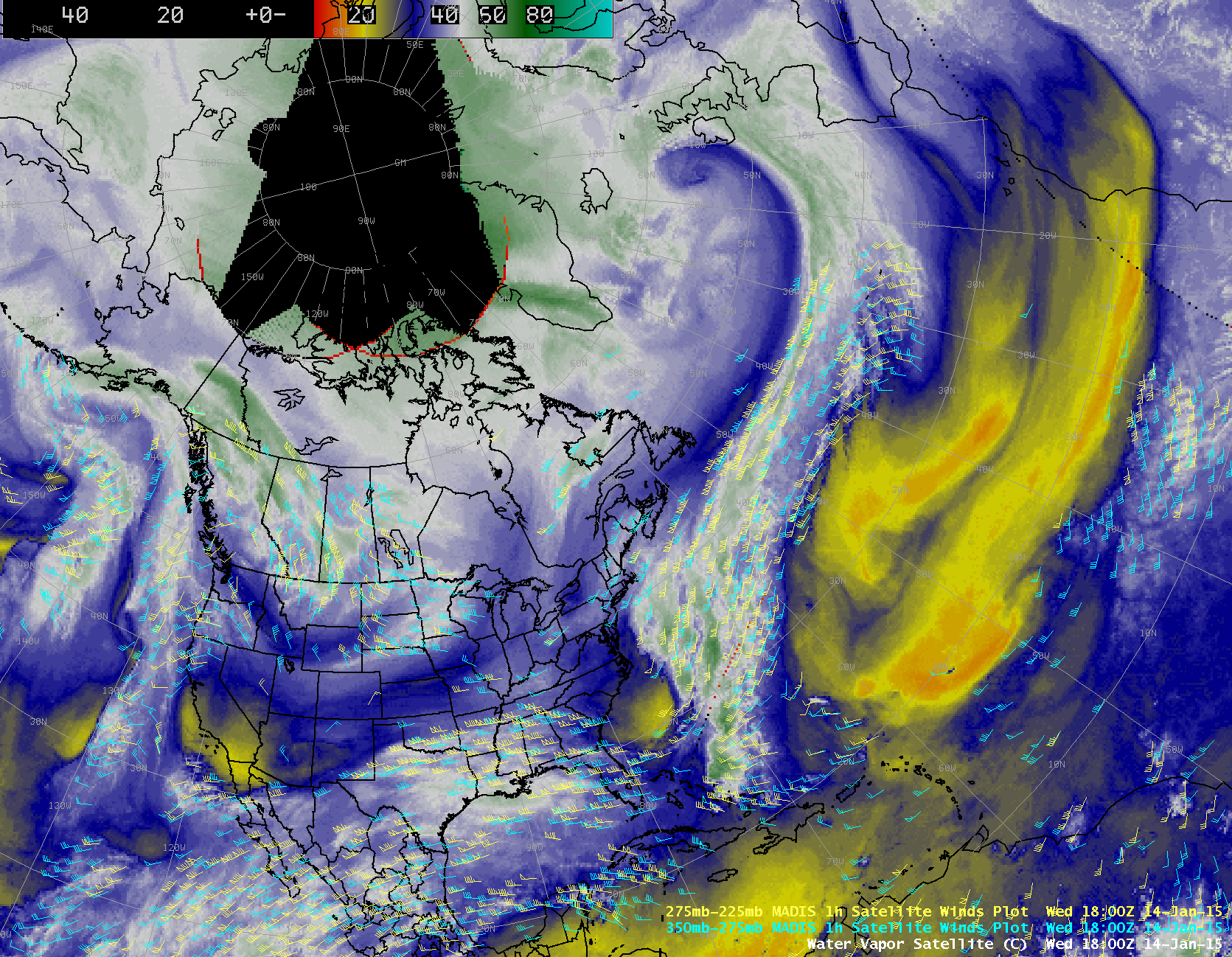