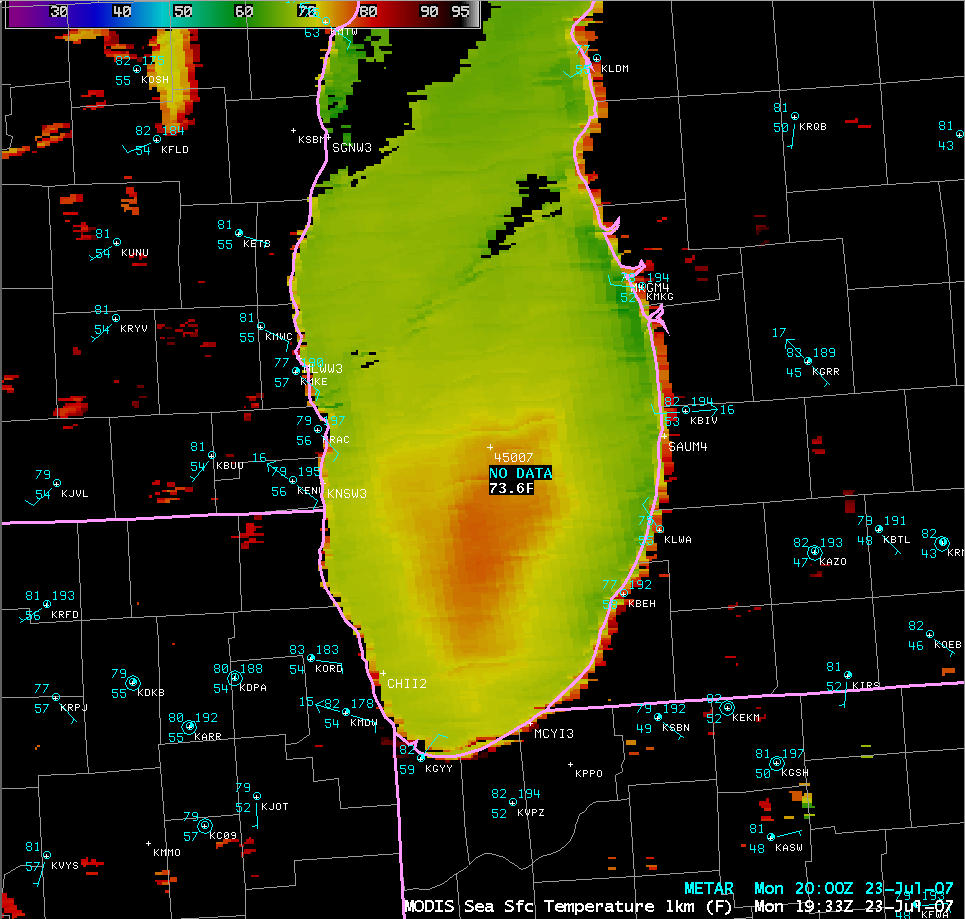 An AWIPS image of the MODIS Sea Surface Temperature (SST) product (above) revealed a pocket of warmer SST values (72-75ºF or 22-24ºC, orange enhancement) over the mid-lake waters of southern Lake Michigan during the afternoon (around 19:41 UTC, or 2:41 PM local time) on 23 July 2007.

An animation of daily MODIS SST images (below) indicates that this particular warm water feature was not evident on afternoon MODIS SST imagery over southern Lake Michigan on 20 July or 21 July, but the water temperatures did begin to increase over that general region on 22 July.

A time series plot (below) of the air temperature and water temperature from the southern Lake Michigan Buoy 45007 (data courtesy of the National Data Buoy Center) shows that water temperatures at that location (along the northern fringe of the warm SST feature) warmed at a rate of nearly 1ºF per hour during the afternoon hours on 23 July (with a total increase of 9ºF or 5ºC in the 12-hour period from 12:00-00:00 UTC). It is interesting to note that the Buoy 45007 water temperature (blue; measured at 0.6 meter below the site elevation) warmed more quickly than the Buoy 45007 air temperature (red; measured at 4 meters above the site elevation) during the daytime hours (12 GMT to 00 GMT) on both on 22 July and 23 July. Relatively light winds (4 knots or less) and low wave heights during the morning and afternoon allowed for such a rapid warming of the lake’s “skin temperature” (a similar diurnal change in SST values over the Gulf of Mexico and the western Atlantic Ocean — as much as 3 K (5ºF) in regions of light winds — was previously reported using GOES-8/GOES-9 IR satellite data [Wu, Menzel, and Wade, 1999]). The maximum MODIS SST values of 77ºF (25ºC) seen on 23 July were the warmest observed over southern Lake Michigan during the 8-day period from 17-24 July. 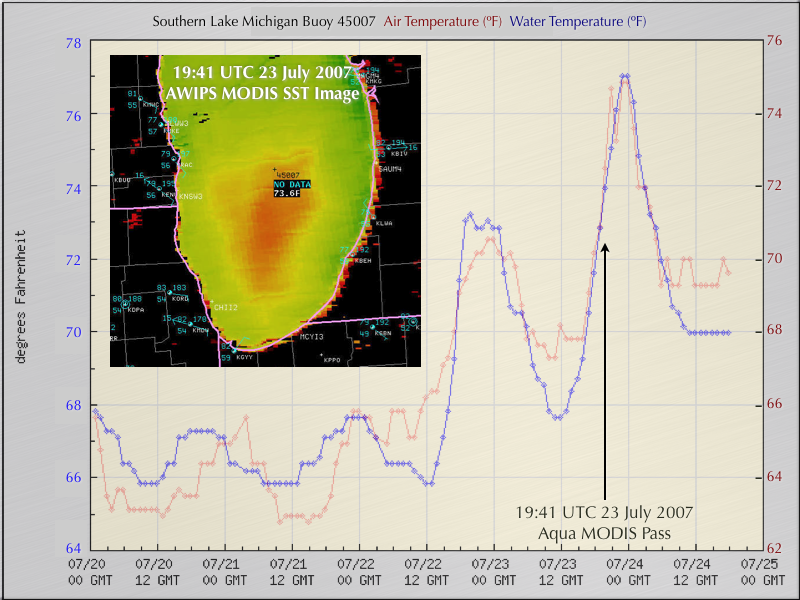