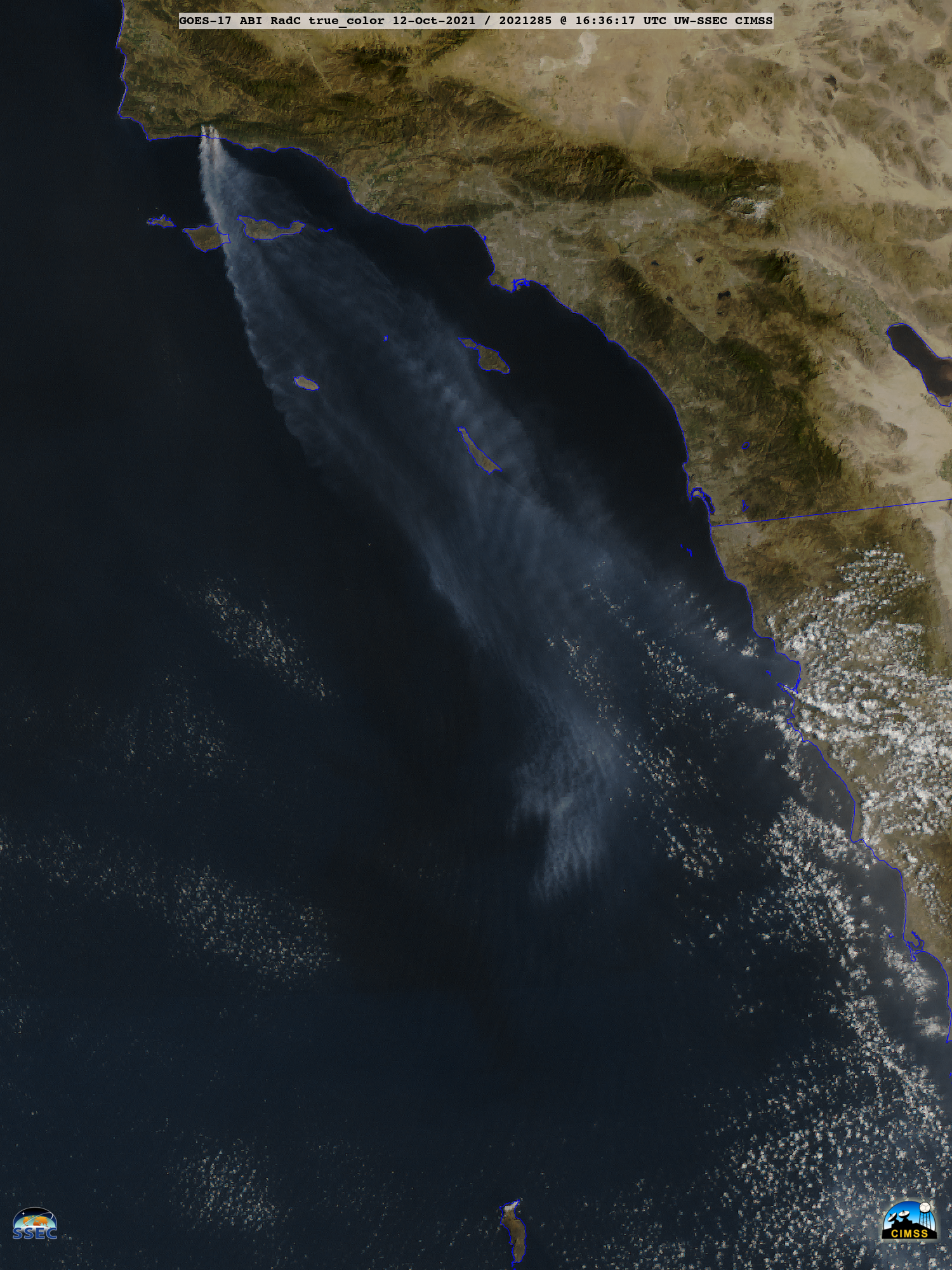 GOES-17 (GOES-West) True Color RGB images created using Geo2Grid (above) showed the transport of smoke from the Alisal Fire in Southern California on 12 October 2021. The dashed line in the images is Highway 101 — a portion of which was closed, as the wind-driven fire raced toward the coast. Late in the day some low-altitude smoke began to move eastward along the coast, eventually reducing the surface visibility to 6 miles at Santa Barbara.

During the preceding overnight hours (at 0916 UTC or 2:16 am PDT), a comparison of Suomi-NPP VIIRS Shortwave Infrared and Day/Night Band images (below) revealed the thermal signature and nighttime glow of the fire. The VIIRS imagery was downloaded and processed via the SSEC/CIMSS Direct Broadcast ground station.

The Suomi-NPP overpass time of the fire region was actually 0926 UTC — and a time-matched comparison of Shortwave Infrared images from GOES-17 and Suomi-NPP (below) demonstrated that the superior spatial resolution of VIIRS instrument (~375 meters, vs ~2 km for the ABI on GOES-17) provided a more accurate depiction of the areal coverage of the fire. 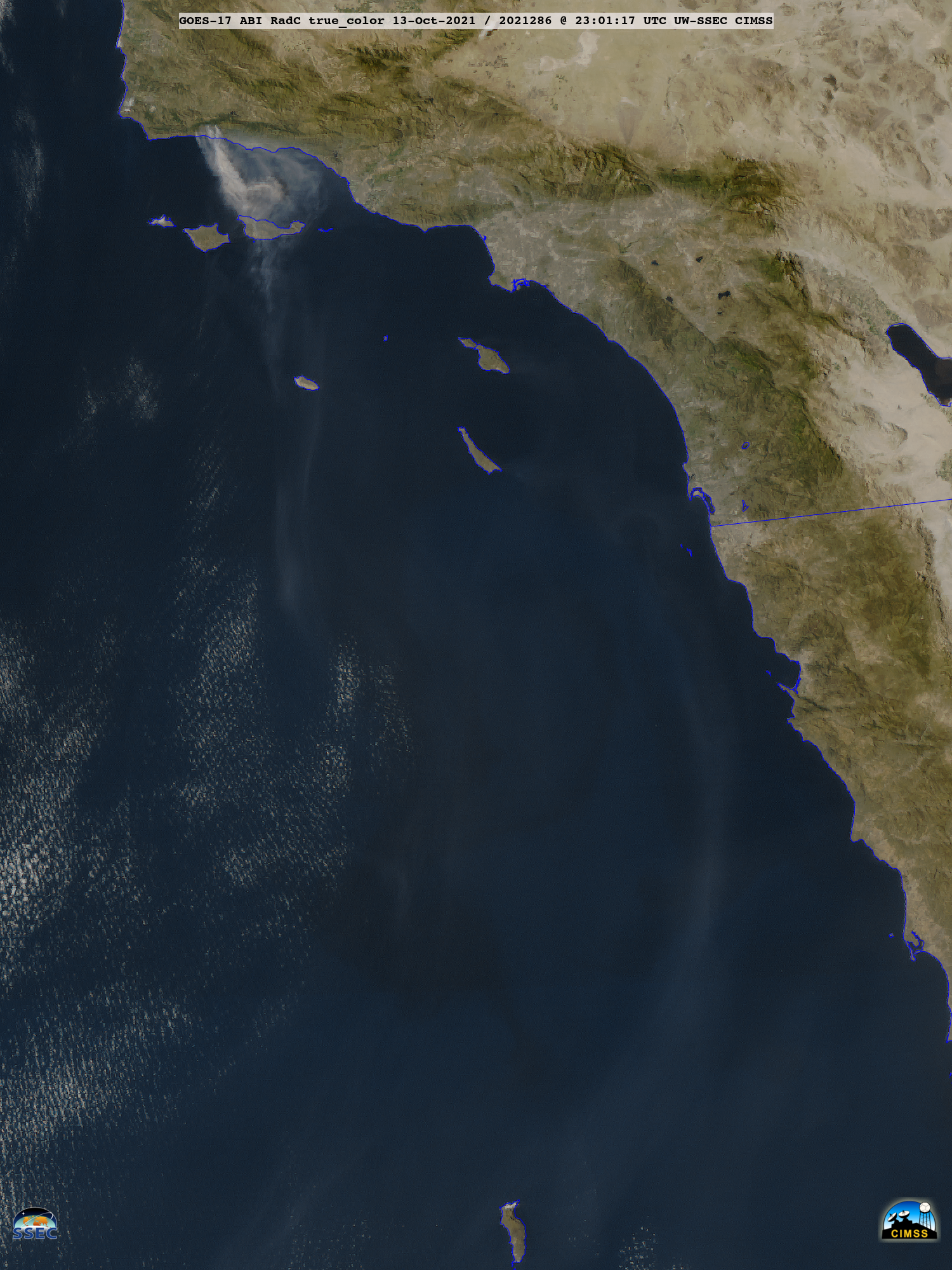 On 13 October, GOES-17 True Color RGB images (above) showed that as offshore wind speeds relaxed, a shift to onshore flow recirculated some of the smoke inland — with smoke briefly reducing the surface visibility to 1.5 miles at Santa Barbara airport (below). Farther to the south, residual smoke from the previous day of burning was also evident, with some of it traveling as far as Isla Guadalupe (Guadalupe Island) nearly 400 miles away.