Snow cover in the northcentral US 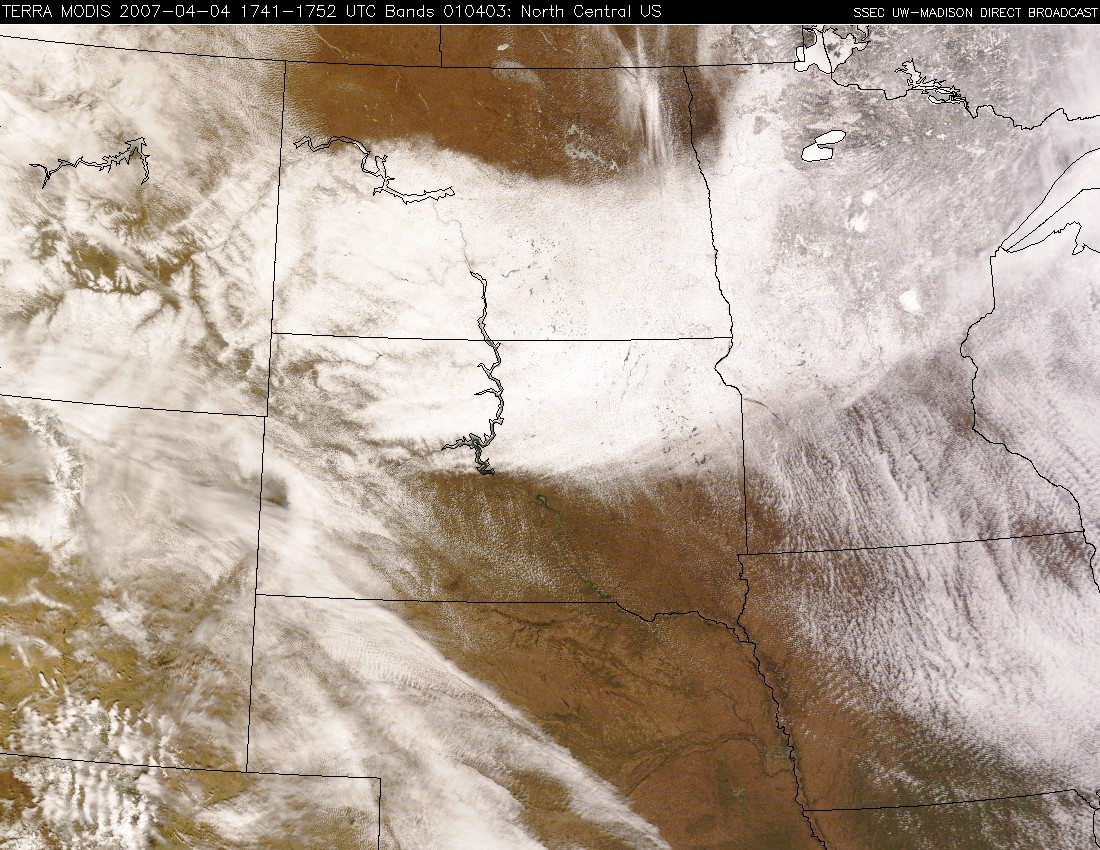 MODIS true color imagery (above) revealed a wide swath of fresh snow cover across much of the northcentral US on 04 April 2007. Snowfall during the 03-04 April period included 9 inches in North Dakota, 11 inches in South Dakota, 13 inches in Minnesota (the 12.1 inches that fell in Duluth was the highest daily snowfall for the month of April), 18 inches in Wisconsin, and 25 inches in Michigan. The deep snow cover helped minimum temperatures drop to -3Âº F at Beulah in North Dakota and +2Âº F at Roscoe in South Dakota. On the corresponding MODIS false color image (below), snow cover (and ice crystal clouds) appear as varying shades of red, while supercooled water droplet clouds appear as shades of white (bare ground appears as cyan colors). A Java applet allows you to interactively fade between these 2 MODIS images. 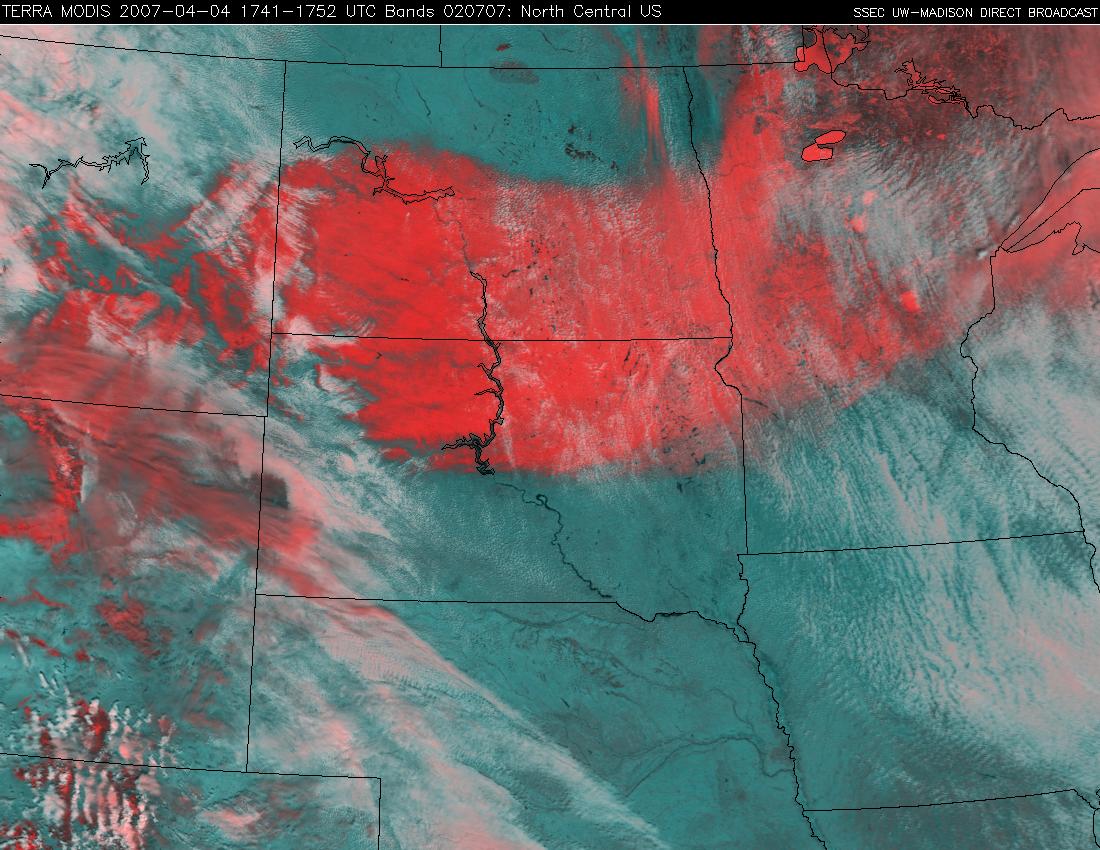