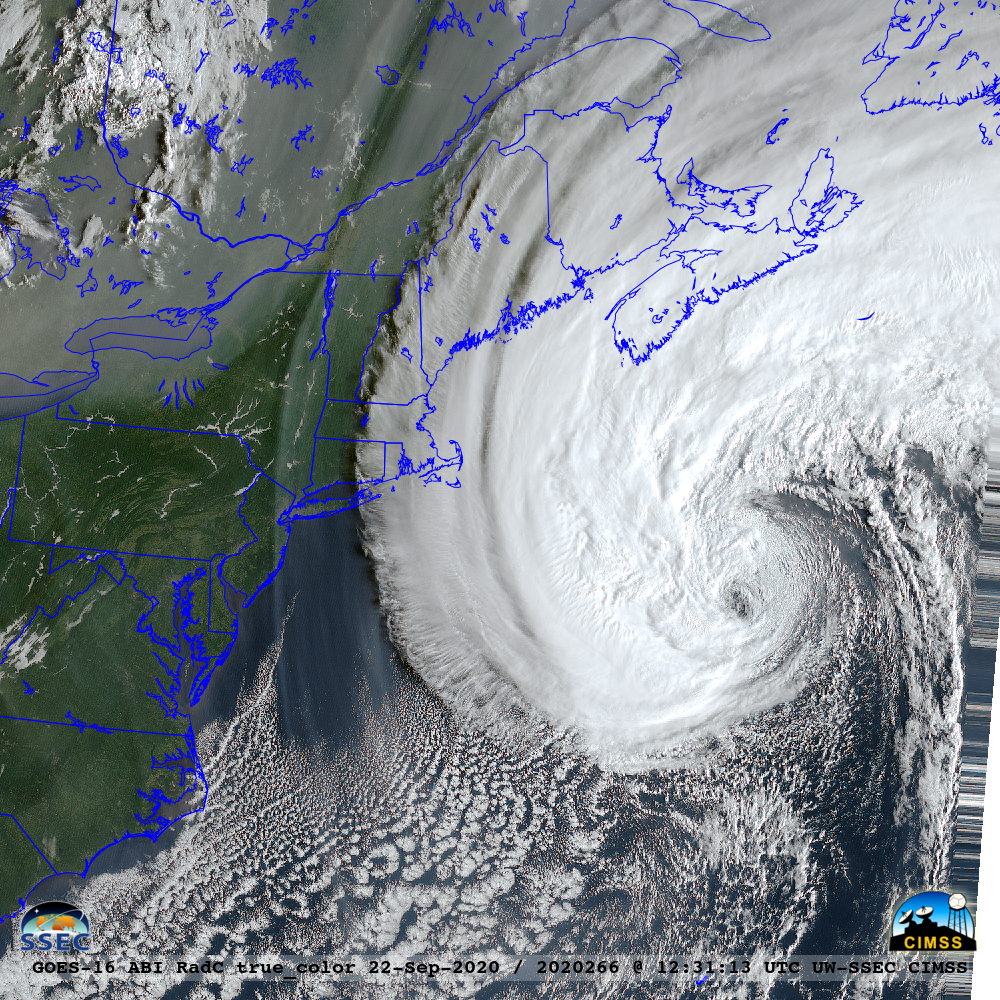 GOES-16 (GOES-East) True Color Red-Green-Blue (RGB) images created using Geo2Grid (above) revealed that the large circulation of Hurricane Teddy (downgraded from a Category 2 to a Category 1 storm at 18 UTC) was drawing hazy filaments of smoke — likely originating from wildfires in the western US — southward from eastern Canada and New England, carrying it across the far western Atlantic Ocean on 22 September 2020. Also of interest (early in the animation) were the narrow fingers of river valley fog across parts of New York, Pennsylvania, Maryland, West Virginia and Virginia.

Although the size of Teddy’s cloud shield was still fairly large, a DMSP-17 SSMIS Microwave (85 GHz) image at 2217 UTC from the CIMSS Tropical Cyclones site (below) showed that no organized core of deep convection remained as the storm began to move across colder waters (Sea Surface Temperature | Ocean Heat Content) and encounter a more hostile environment of increasing deep-layer wind shear.

GOES-16 CIMSS Natural Color RGB images, with and without an overlay of Aerosol Optical Depth [click to play animation | MP4]

A larger-scale view of GOES-16 CIMSS Natural Color RGB images — with and without an overlay of Aerosol Optical Depth (above) showed that an elongated plume of smoke stretched westward from New York and Pennsylvania to parts of Wisconsin, Illinois and Iowa. Upward-looking lidar data from the University of Wisconsin – Madison (below) depicted a thick layer of smoke between altitudes of 2-6 km. 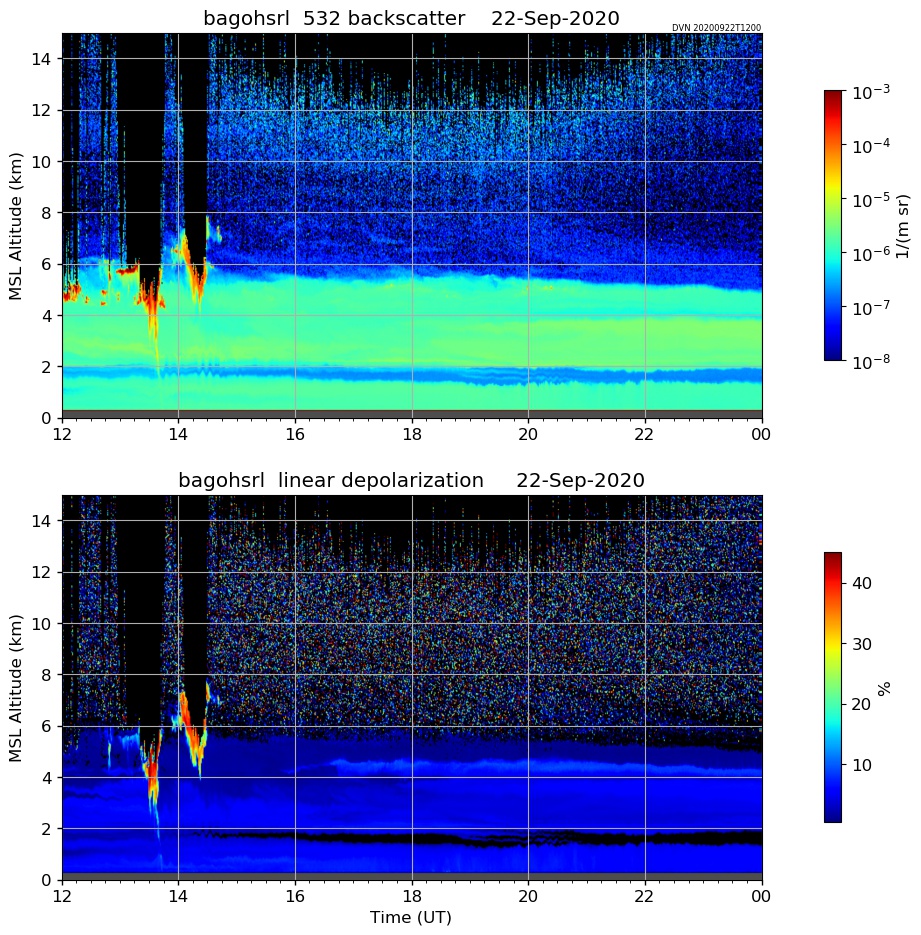