GOES-S (named GOES-17 once it reached geostationary orbit) was launched on 01 March 2018. Beginning at 1800 UTC on 12 February 2019, it became the operational GOES-West satellite (replacing GOES-15, which was launched in March 2010). The period of transition to operational status is shown on Full Disk images of “Red” Visible (0.64 µm) and Mid-level Water Vapor (6.9 µm) images (above).

In an animation of GOES-17 images from the 16 ABI spectral bands, centered on the Big Island of Hawai’i (below), an increase in cumulus clouds was evident in the Visible and Near-Infrared bands (1-6) along with a warming signature of the island summits (Mauna Kea and Mauna Loa) in the Infrared bands (7-16) as daytime heating increased during the morning hours. Weighting functions for all of the Infrared bands which are not strongly affected by water vapor absorption (7, and 11-16) have peaks at/near the surface — and the presence of dry air within the middle troposphere shifted the three Water Vapor band (8-10) weighting functions downward to allow some of the island summit thermal signature to be sensed. This dry air aloft (and a lack of cirrus clouds over the island) also enabled the summits to be sensed by the 1.37 µm Near-Infrared “Cirrus” band (4). 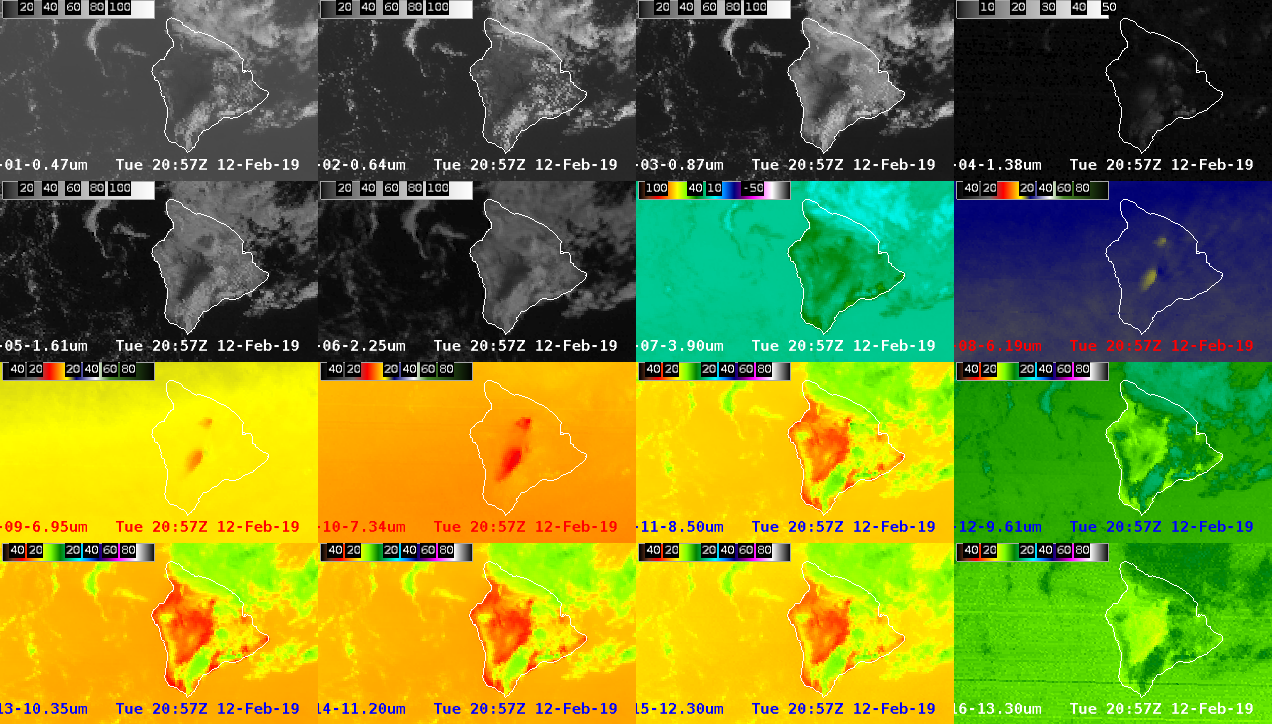 GOES-17 images from the 16 ABI spectral bands, centered on the Big Island of Hawai’i [click to play animation | MP4]

A comparison of all 16 ABI bands from GOES-17 covering most of Alaska and the adjacent Bering Sea is shown below. 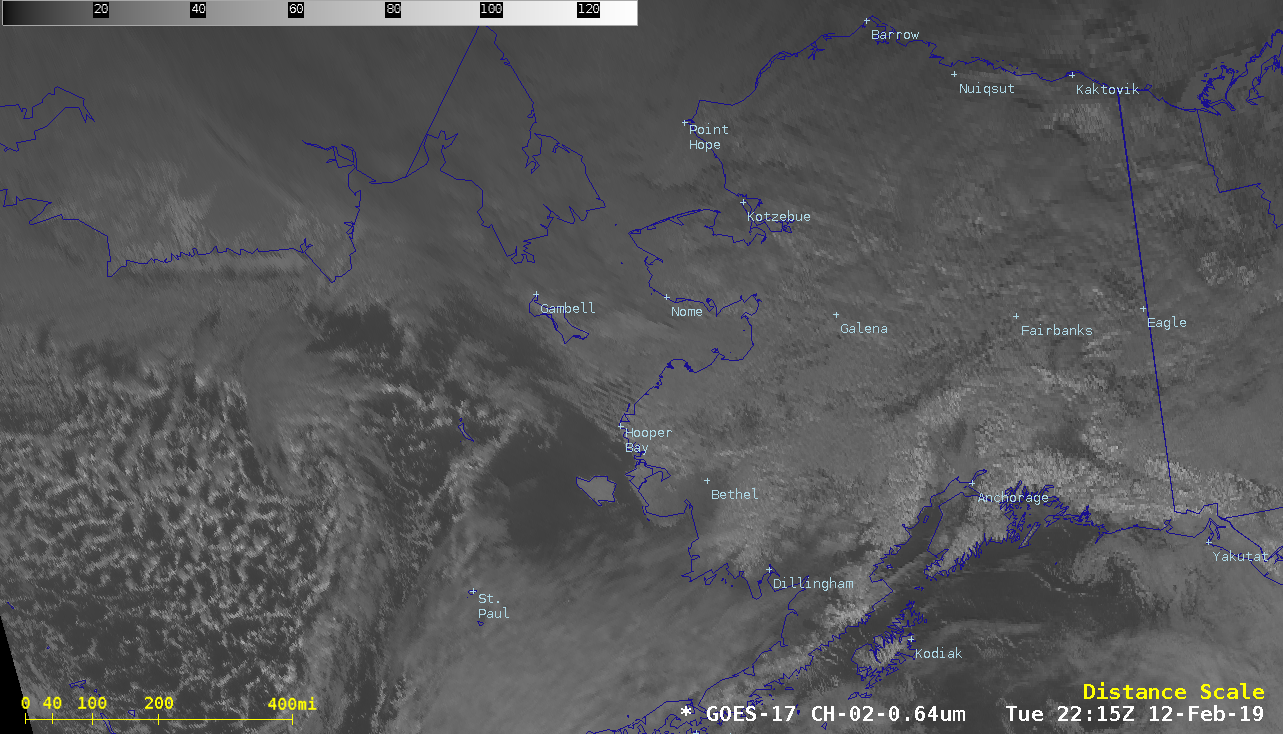 Image loop that cycles through all 16 ABI Bands from GOES-17, covering most of Alaska [click to play MP4 animation]

In the animation below (source), GOES-17 and GOES-16 (GOES-East) Longwave Infrared (11.2 µm) images have been combined and displayed in a Mollweide projection. This shows the broad area of coverage provided by the current GOES constellation, which reaches from far eastern Australia to far western Europe and Africa.

Although the GOES-17 ABI instrument experiences a nocturnal Loop Heat Pipe (LHP) cooling problem (also discussed here) — which increases around the time of the Spring and Autumn equinox —  the issue only affects the emitted Longwave Infrared spectral bands (bands 08-16), and only for periods lasting as long as a few hours (peaking daily around 1300-1330 UTC). Trends of the Focal Plane Module (FPM) temperature of the ABI instrument can be monitored at this site — and examples of Band 09 (6.9 µm Water Vapor) imagery from 11 February are shown below. Note how the images return to normal after the peak FPM temperatures cool from around 97 K to around 80 K. More information on the daily variation of FPM temperatures throughout the year is available here, here and here.

The LHP cooling issue affects various ABI spectral bands to differing degrees, with the Band 14 (11.2 µm Longwave Infrared) imagery being the least impacted — this can be seen in a Full Disk animation covering the same time period (below).

GOES-17 and GOES-15 will operate in tandem from their respective locations of 137.2º West and 128º West longitude through early July 2019 — so GOES-15 imagery can be used during times when GOES-17 is adversely affected by the LHP cooling issue.