323 reindeer killed by lightning in Norway 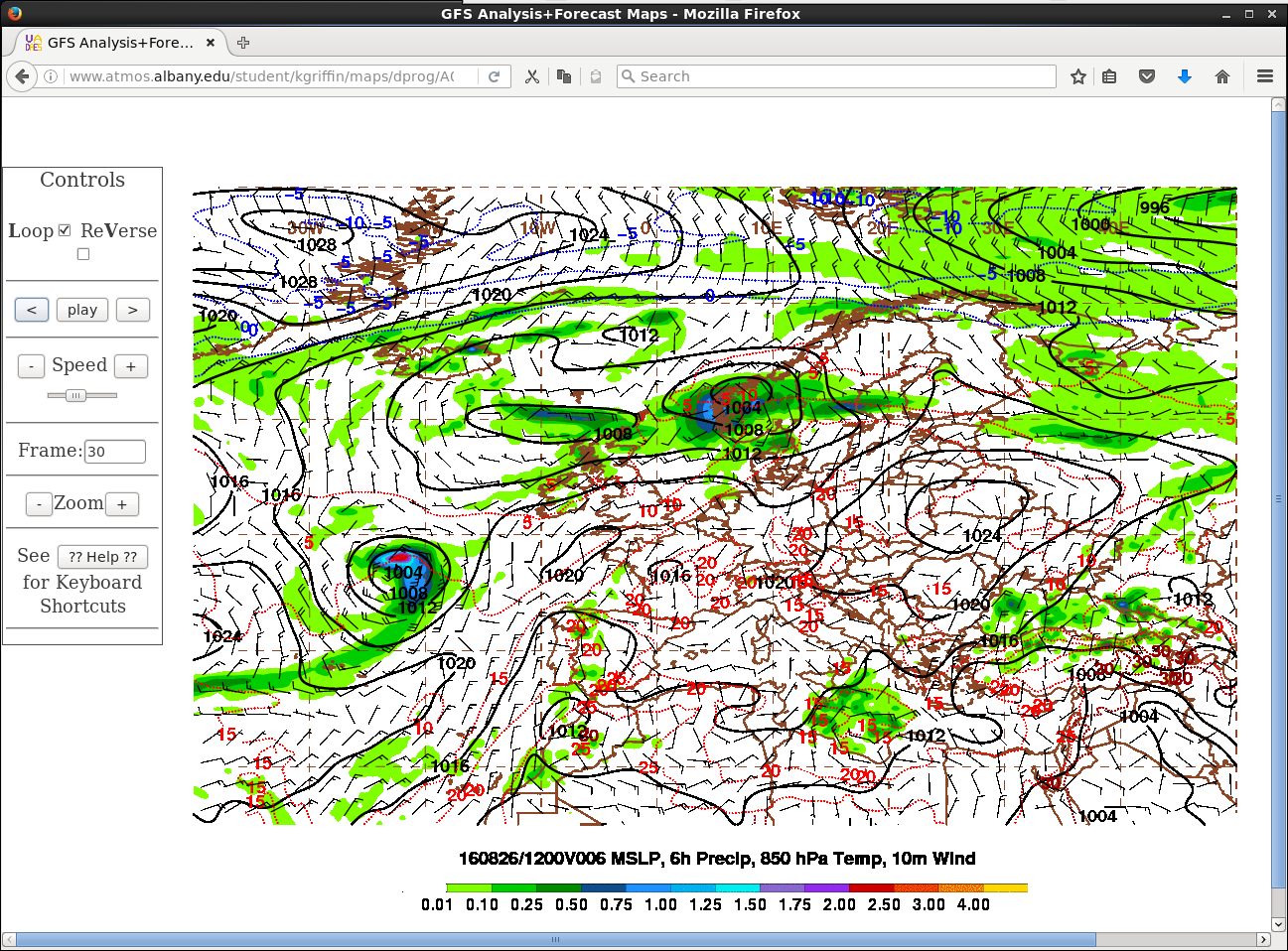 GFS model fields from this site (above) showed a relatively compact storm that was deepening as it moved northeastward across southern and central Norway on 26 August 2016.

EUMETSAT Meteosat-10 Visible (0.75 µm) and Infrared Window (10.8 µm) images (below; also available as an MP4 animation) revealed the development of thunderstorms over southern Norway during the 0900-1300 UTC period. Cloud-to-ground lightning from one of these storms is believed to have killed 323 reindeer near the southeastern corner of the Hardangervidda National Park (which is located in the center of the visible and infrared satellite images).

The coldest cloud-top infrared brightness temperatures of the thunderstorms on the 1100 UTC image was -51º C, which corresponded to an altitude of around 10.5 km on the 1200 UTC Ørland rawinsonde report (below) — looking at the individual sounding profiles, Ørland to the north of Hardangervidda was still in the moist convective environment near the center of the storm system, while Stavanger to the south began to show the drier air aloft in the wake of the northeastward-moving storm.

Rawinsonde data from Stavanger and Orland, Norway [click to enlarge]

A composite of Suomi NPP VIIRS true-color Red/Green/Blue (RGB) image swaths as viewed using RealEarth (below) showed the widespread thunderstorms across southern Norway on the earlier (eastern) 1103 UTC overpass, while the later (western) 1243 UTC overpass showed the effects of the mid-level drier air that was beginning to overspread the region as the center of the parent storm system moved northeast.