Cyclone Roanu (01B) was the first tropical cyclone of the 2016 North Indian Ocean season, with a northeastward track just off the east coast of India during the 18-21 May period. The storm moved over very warm waters, with sea surface temperature values of 30-31º C, but moderate amounts of deep-layer wind shear prevented the storm from rapidly intensifying (ADT | SATCON). INSAT-3D Infrared Window (10.8 µm) images (above; also available as a large 79 Mbyte animated GIF) showed that the storm exhibited a number of convective bursts with a large areal coverage of cloud-top IR brightness temperatures colder than -90ºC. Cyclone Roanu brought very heavy rainfall to Sri Lanka, coastal India, and Bangladesh.

As Roanu was moving along the east coast, very hot surface air temperatures were seen in the western portion of India on 19 May, with many sites reporting temperatures in excess of 110ºF. The animation below shows hourly Infrared images with surface METAR reports, as viewed using RealEarth. 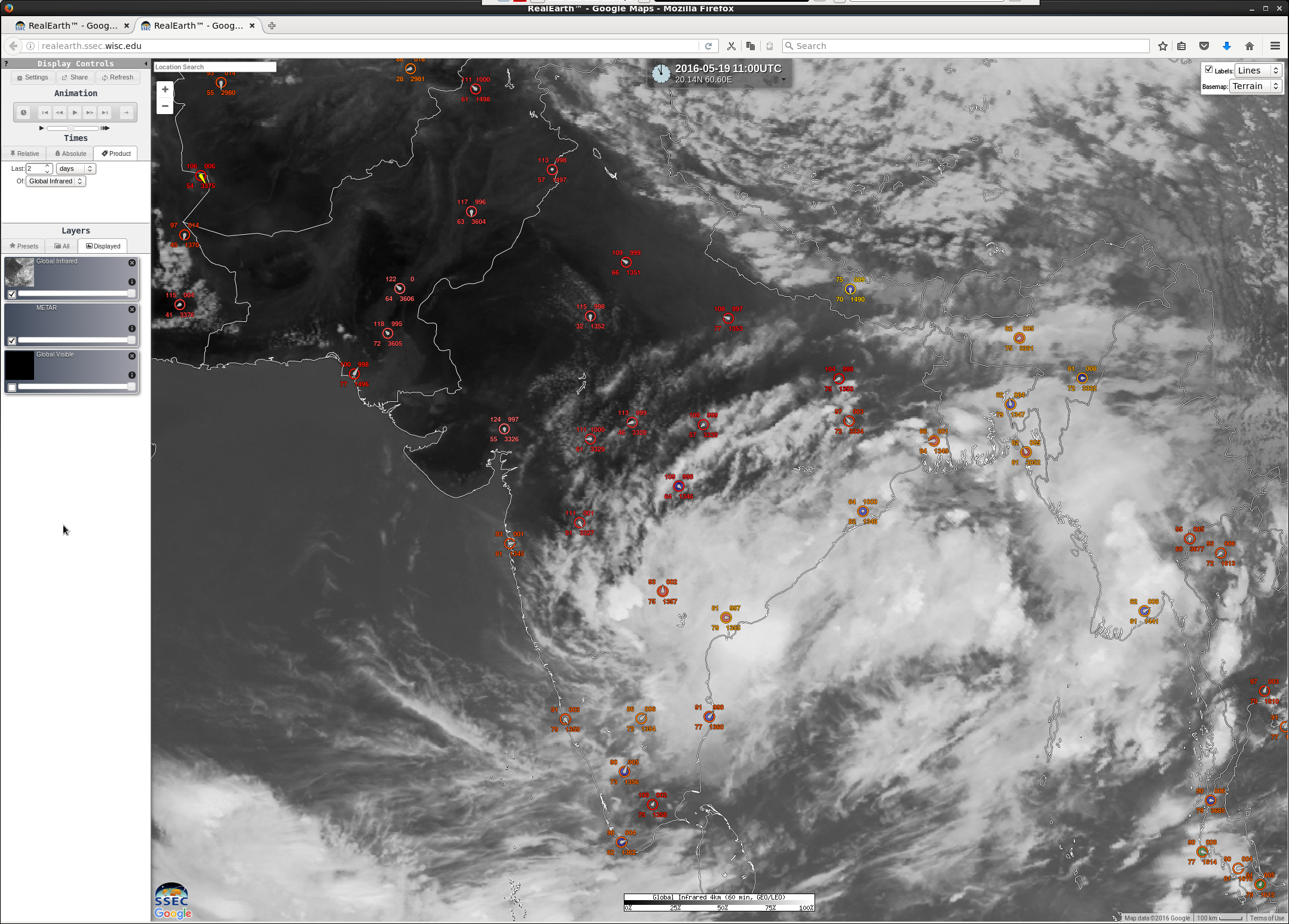 INSAT 3D Visible (0.65 µm) images with hourly surface temperatures in ºF (above) revealed temperatures as warm as 122ºF at Ahmadabad, at 10 UTC and 12 UTC; a plot of the time series of weather condition at Ahmadabad is shown below. Farther to the north at the city of Phalodi (whose location is denoted by the gray * symbol) a temperature of 123.8ºF or 51.0ºC was recorded, which set an all-time record for the highest temperature officially measured in India (the previous record was 50.6ºC, set in 1886 at Pachpadra)..