ASCAT microwave data continues to show the surface circulation. The METOP-A overpass at 1513 UTC, below, shows a center about 100 miles southeast of Nantucket, where gusts past hurricane force have been occurring. A large area of winds exceeding 50 knots (in red) is present over the northern Gulf of Maine. 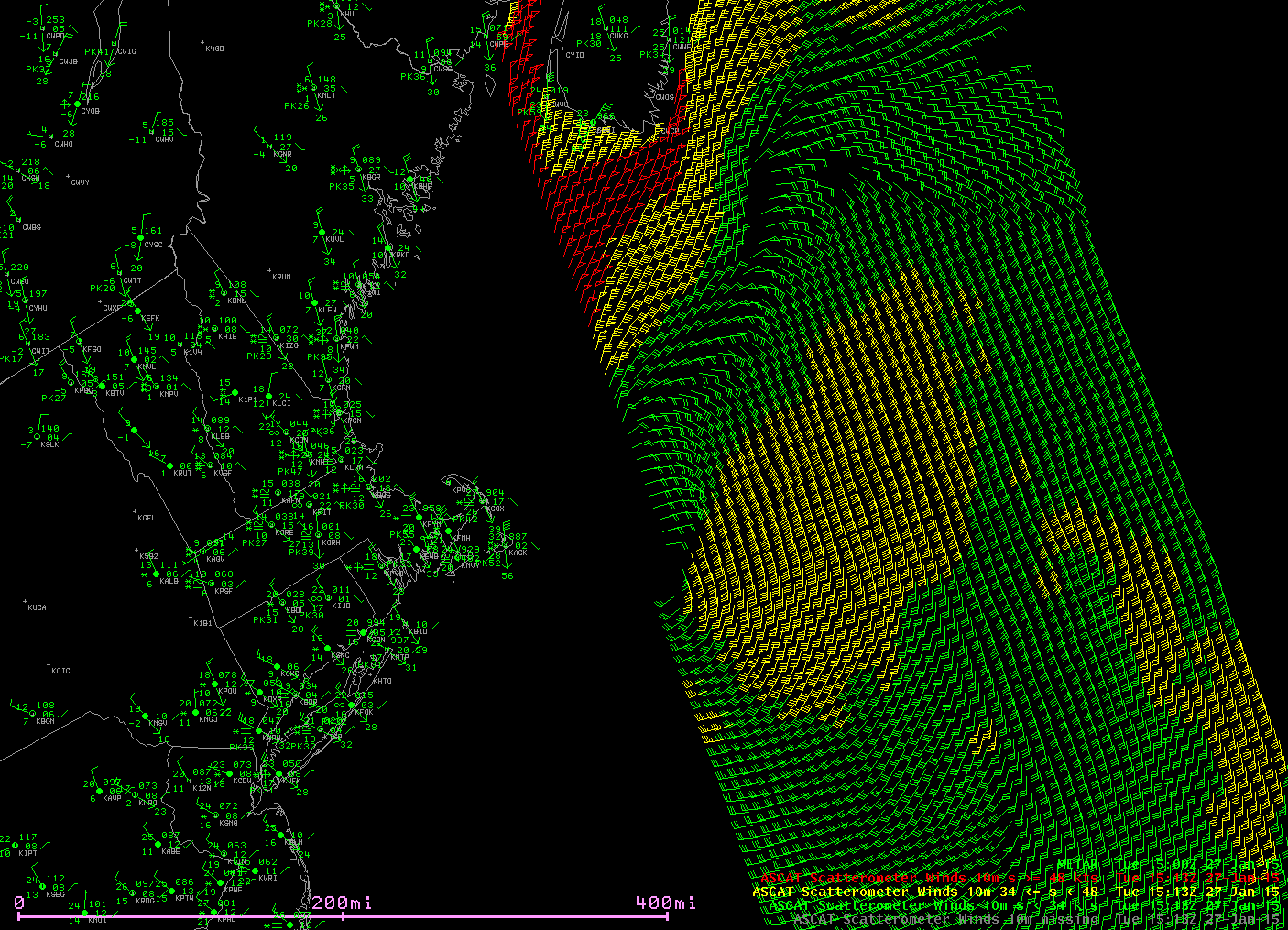 A comparison of 1-km resolution MODIS 0.64 µm visible channel, 11.0 µm IR channel, and 6.7 µm water vapor channel images from 17:49 UTC is shown below. One observation of interest is a ship report just southeast of the storm center: 50-knot winds from the south-southwest, with blowing spray reducing surface visibility to 2-3 miles.

As the Nor’easter departed and the clouds began to clear over the northeastern US on 28 January, the Aqua MODIS true-color Red/Green/Blue (RGB) image shown above revealed the areas with significant snow on the ground. Note the thin areas of snow cover along the spine of the Appalachian Mountains, extending as far southward as Tennessee and North Carolina. Closer views of New York City and Washington DC are also available.

The clouds had cleared from the Boston region on 29 January; a comparison of the Terra and Aqua MODIS true-color images (above) showed the changes in the offshore sediment patterns in the ~90 minutes between the overpasses of the 2 satellites. The strong winds of the storm caused upwelling of colder waters along the coast and nearshore areas, with the Suomi NPP VIIRS Sea Surface Temperature product (below) showing SST values as cold as the 30-33º F range (darker purple color enhancement). 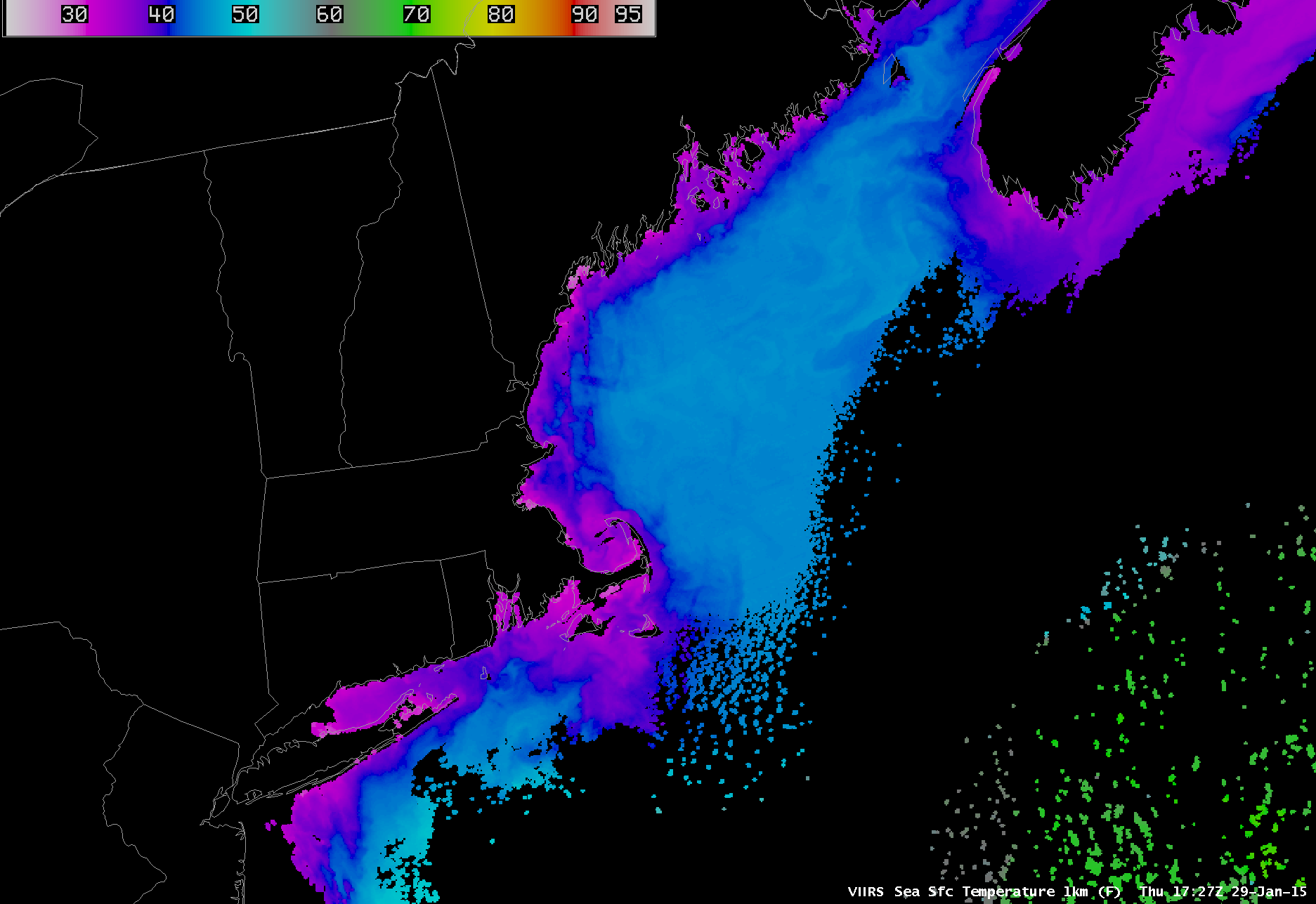