A strong storm that contains the remnants of former central Pacific Hurricane Ana began to make landfall along the West Coast of North America on 27 October 2014 (12 UTC surface analysis). The 17-day animation of GOES-15 6.5 µm Water Vapor channel imagery, above, shows Ana emerging out of the Intertropical Convergence Zone, skirting south of Hawai’i, weakening and meandering in the central Pacific (showing the effects of strong vertical wind shear), briefly reaching Hurricane intensity again on 25 October, and eventually moving eastward after having been picked up and absorbed by a strong system in the Westerlies. Recurving tropical systems can sometimes be prolific rain producers in the mid-latitudes; however, the animation of MIMIC Total Precipitable Water, below, suggests that most of the tropical moisture that was associated with Ana was no longer present.

The annotated animation below shows 1200 UTC imagery from 11-27 October. The red arrow points to Ana, either as a developing tropical cyclone, Hurricane, or post-tropical system. An animation without the red arrow is here. 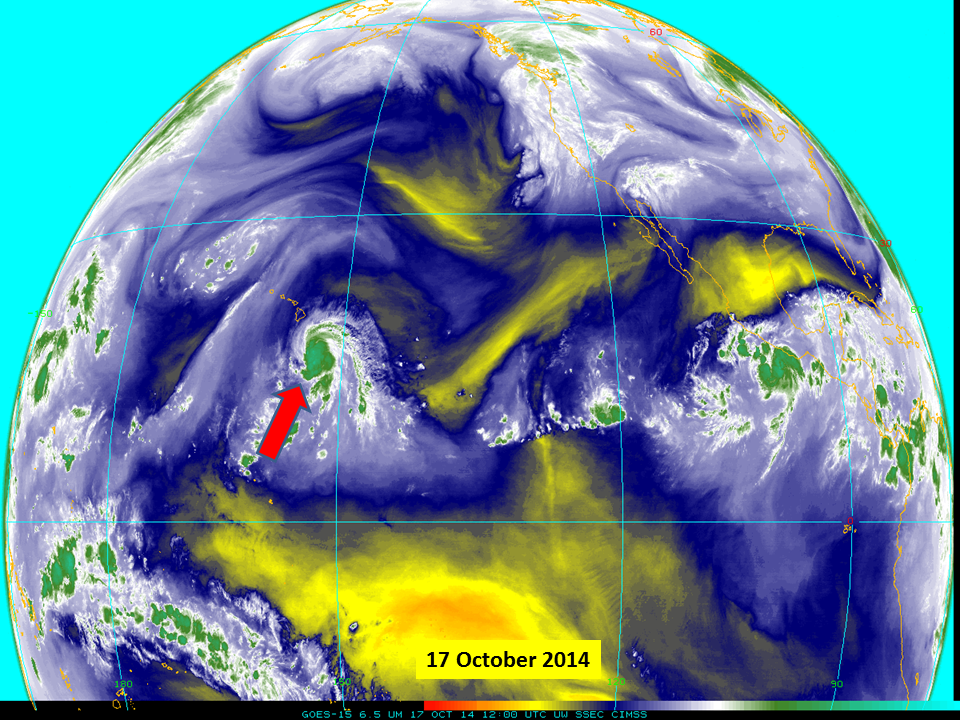