A plot of the Advanced Dvorak Technique (ADT) intensity estimate for Ana (above) shows that the strength of the tropical cyclone fluctuated during its multi-day lifetime (storm track), initially becoming a strong Tropical Storm on 15 October, weakening on 16 October, and then slowly intensifying into a Category 1 Hurricane. A sequence of Suomi NPP VIIRS 11.45 µm IR channel images (below; click image to play animation) shows Ana at various stages during the 15-21 October period; the coldest cloud-top IR brightness temperature seen was -95º C at 00:40 UTC on 19 October. 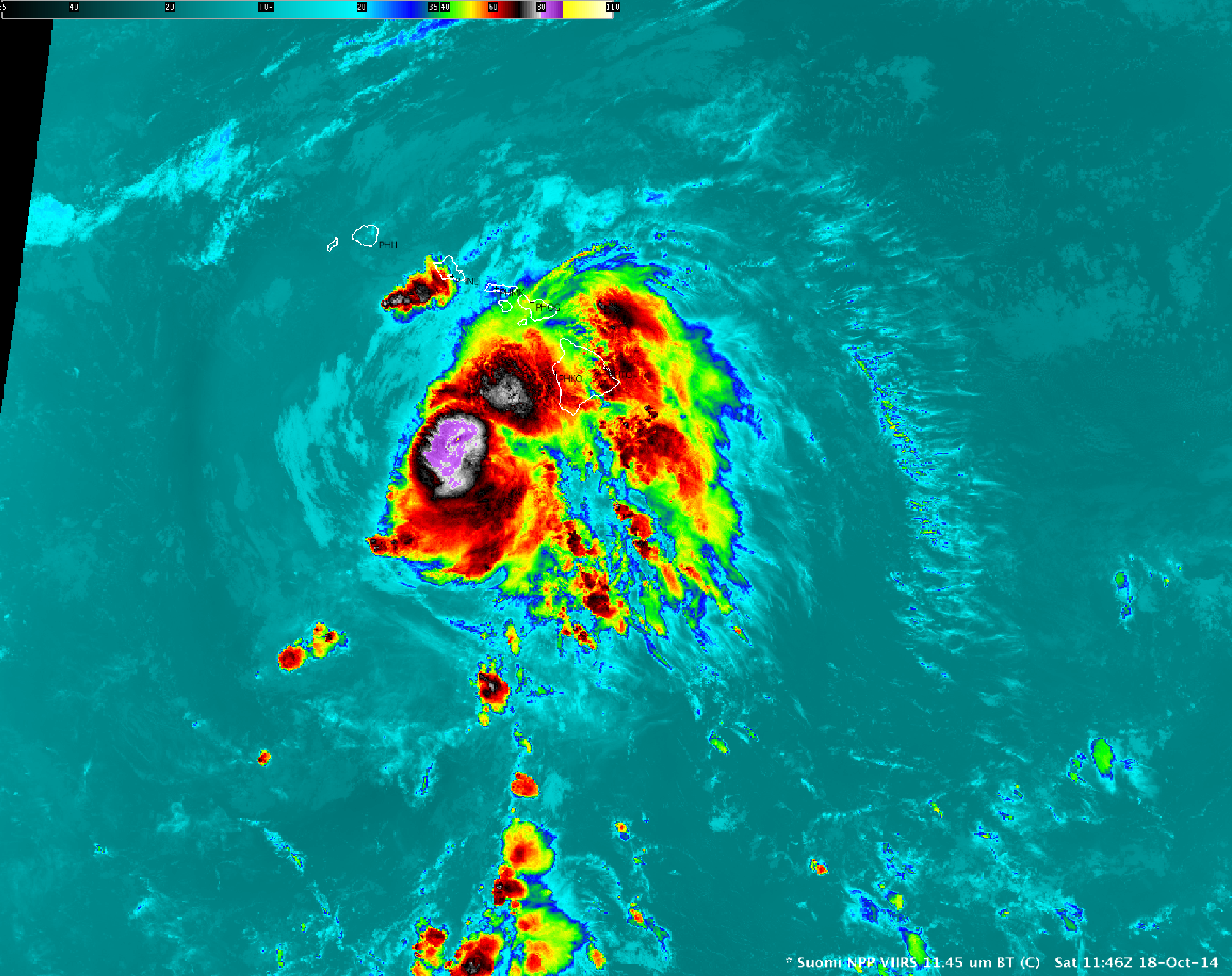 After prior testing of additional Rapid Scan Operations (RSO) capabilities, the GOES-15 satellite was placed into RSO mode over the Hawai’i region to monitor Ana. During the 17-19 October period that Ana was classified as a Hurricane, GOES-15 10.7 µm IR channel images (below; click image to play a 75 MB animated GIF; also available as an MP4 movie file) revealed a number of robust convective bursts, with some exhibiting cloud-top IR brightness temperatures in the -80 to -85º C range (violet color enhancement). This was the first operational implementation of GOES-West RSO imagery over the Hawai’i region since the early 1990s, and the higher frequency of images — 8 images per hour, instead of the routine 4 images per hour — proved to be helpful for monitoring Ana (CPHC forecast discussion).

Longer-term animations of GOES-15 RSO imagery covering the lifetime of Ana are available in YouTube format (IR | visible). Much of the Hawaiian Islands received heavy rain, with amounts in excess of 11 inches reported on Hawai’i and Oahu.

Even after Ana was downgraded to a Tropical Storm early on 20 October, a Suomi NPP VIIRS 11.45 µm IR image showed that cloud-top IR brightness temperatures were still as cold as -90º C (yellow pixels within the violet-enhanced cloud tops). Also note the presence of cloud-top gravity waves propagating outward away from the storm center.

Late in the day on 20 October, GOES-15 0.63 µm visible channel images (below; click to play animation; also available as an MP4 movie file) revealed that the Low-Level Circulation Center (LLCC) of Ana became exposed as it moved to the southwest from beneath the canopy of deep convective cloud tops. This was a result of moderate southwesterly deep-layer wind shear across the region.

During the following night, the exposed LLCC was still very apparent on a Suomi NPP VIIRS 0.7 µm Day/Night Band image at 12:30 UTC or 2:30 am local time (below). 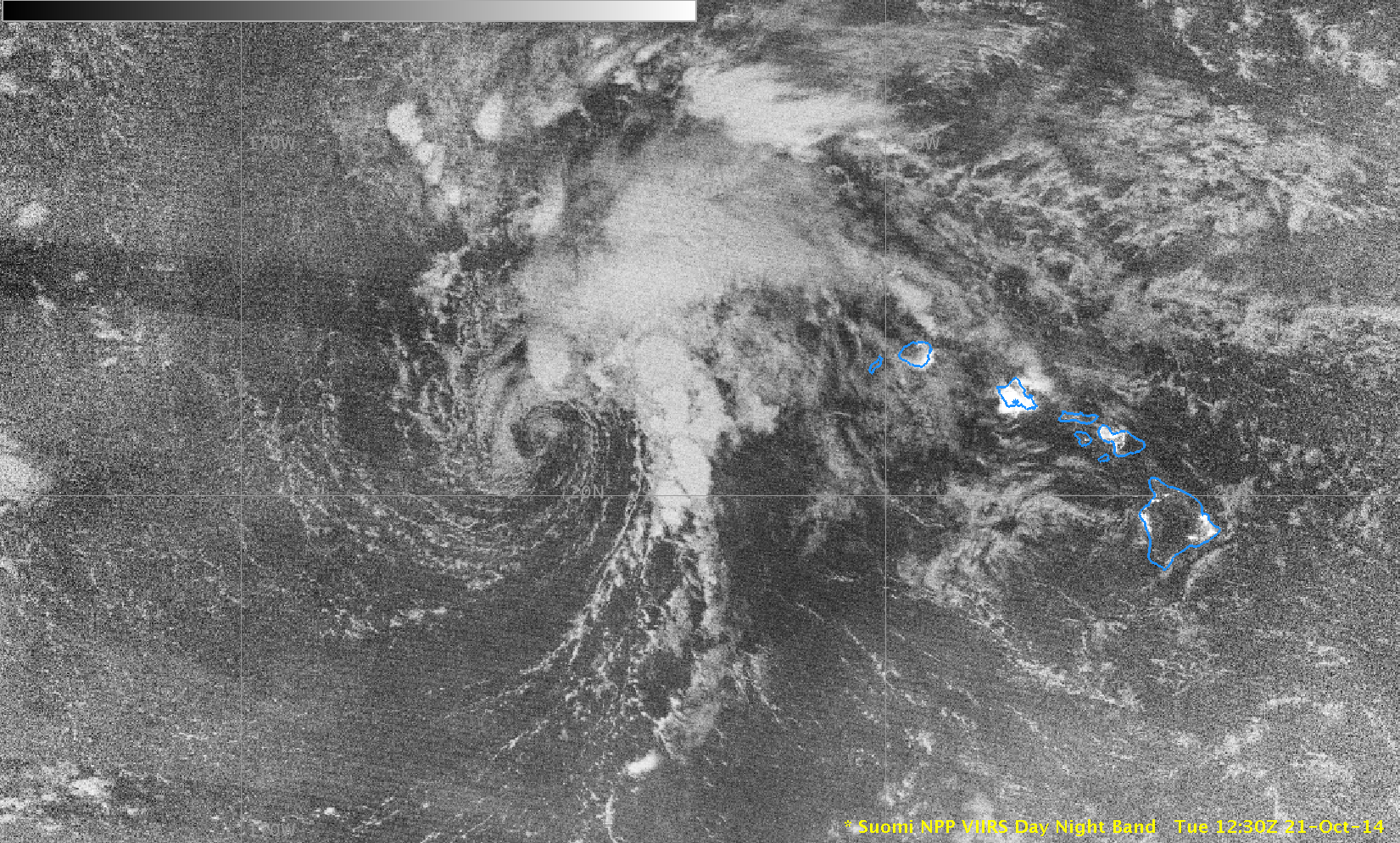