Ice Remaining on the Great Lakes 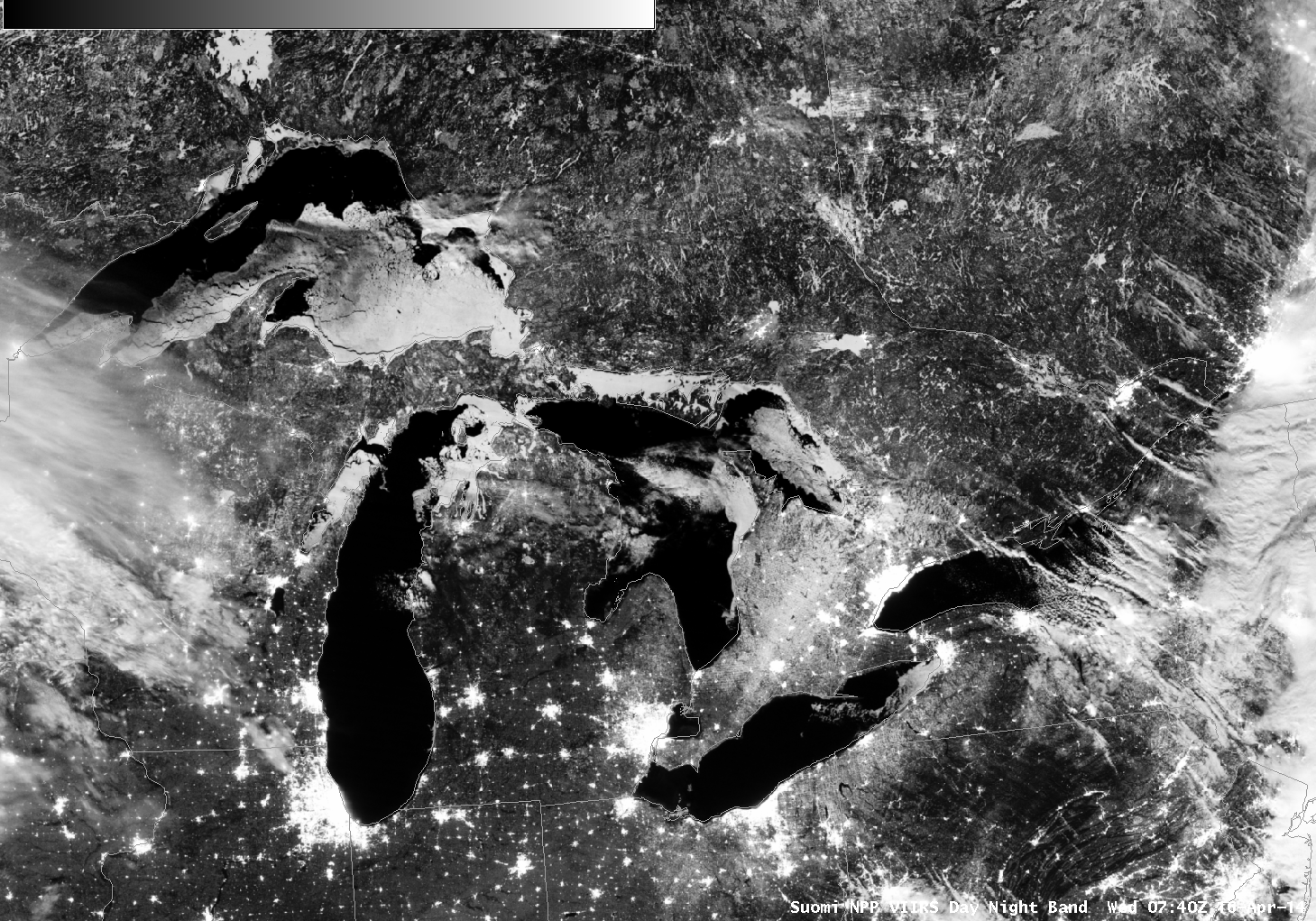 Mostly clear skies over the Great Lakes and a near-Full Moon allowed the Suomi NPP VIIRS Day/Night Band (DNB) imager to record the remaining extent of ice on the five Great Lakes with remarkable clarity at night.

Taking a closer look at Lake Superior (above), it is interesting to compare the previous daytime VIIRS DNB image (at 19:23 UTC on 15 April) with the subsequent nighttime DNB image about 17 hours later (at 07:40 UTC on 16 April):

(1)Â  You can ascertain changes in the ice motion and areal coverage, even at night

(2) The later 16 April image showed that far northern portions of the Lake Superior ice had become snow-covered (exhibiting a brighter white appearance), after a weak disturbance brought small bands of lake-effect snow over that area (GOES-13 10.7 Âµm IR image animation). Even though the MODIS Sea Surface Temperature product showed that SST values over the open waters of northern Lake Superior were only in the low 30’s F, surface reports on the GOES-13 IR image animation indicated that the air moving across those waters in the wake of the weak disturbance was significantly colder. This fresh snow cover could have an impact on the ice melting rate in those areas.