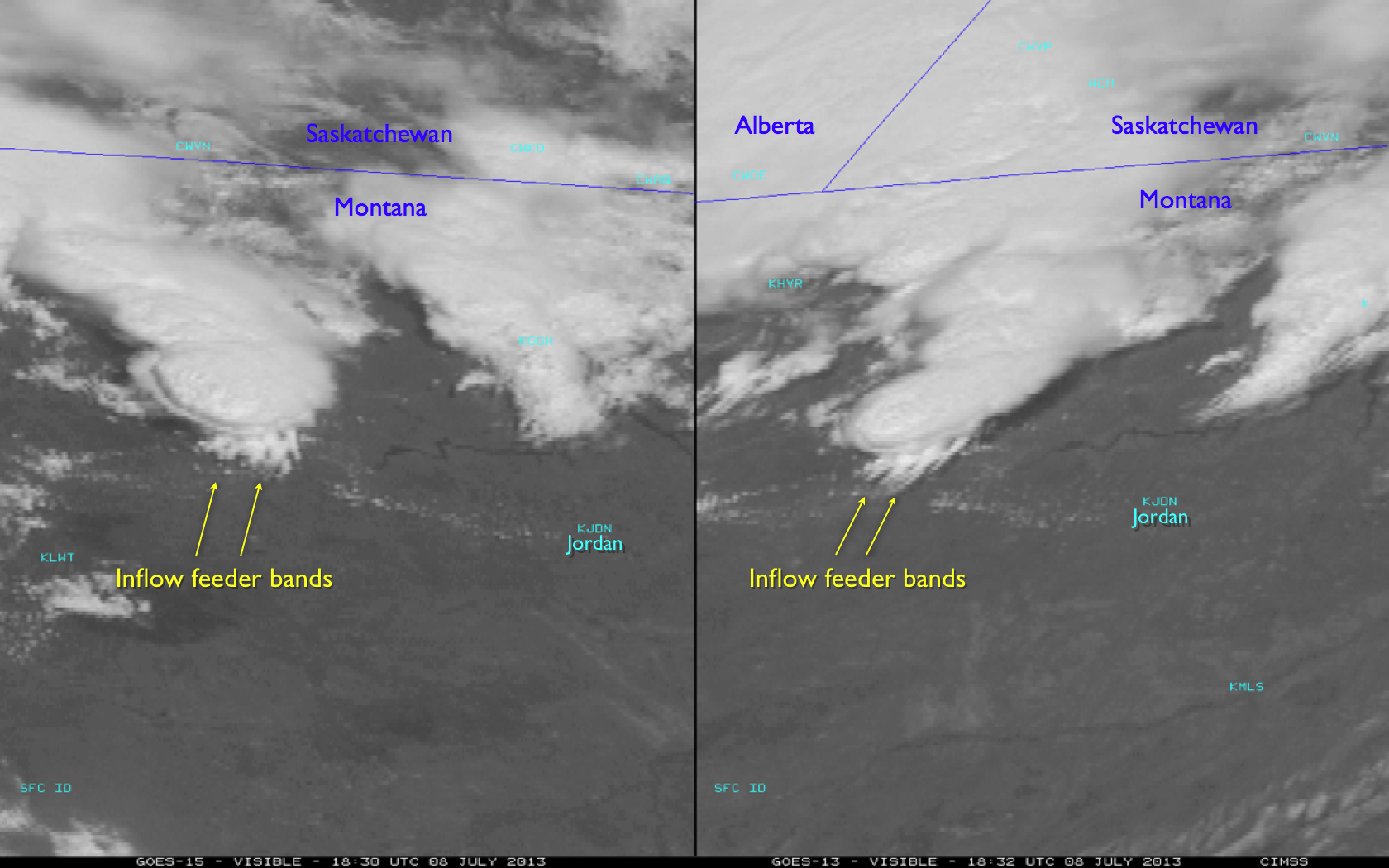 Severe thunderstorms developed during the afternoon hours across parts of northeastern Montana on 08 July 2013. A comparison of McIDAS images of 1-km resolution GOES-15 (GOES-West) and GOES-13 (GOES-East) 0.63 µm visible channel data (above; click image to play animation) showed the early stages of development of the storm that went on to produce large hail (up to 3 inches in diameter) and straight-line winds from a macroburst gusting as high as an estimated 95 mph (SPC storm reports | NWS Glasgow public information statement). Some locations also received heavy rain (as much as 1.87 inches in a 1 hour period) that produced flash flooding. One interesting feature seen on the visible imagery was a region of inflow feeder bands along the southern flank of the developing thunderstorm as it was northwest of Jordan (station identifier KJDN).

AWIPS images of 4-km resolution GOES-13 10.7 µm IR channel data with overlays of SPC storm reports (below; click image to play animation) revealed the formation of an “enhanced-V” storm top signature with the storm as it was north of Jordan, which is usually an indicator that a storm is or is about to produce severe weather in the form of large hail, tornadoes, or damaging winds. 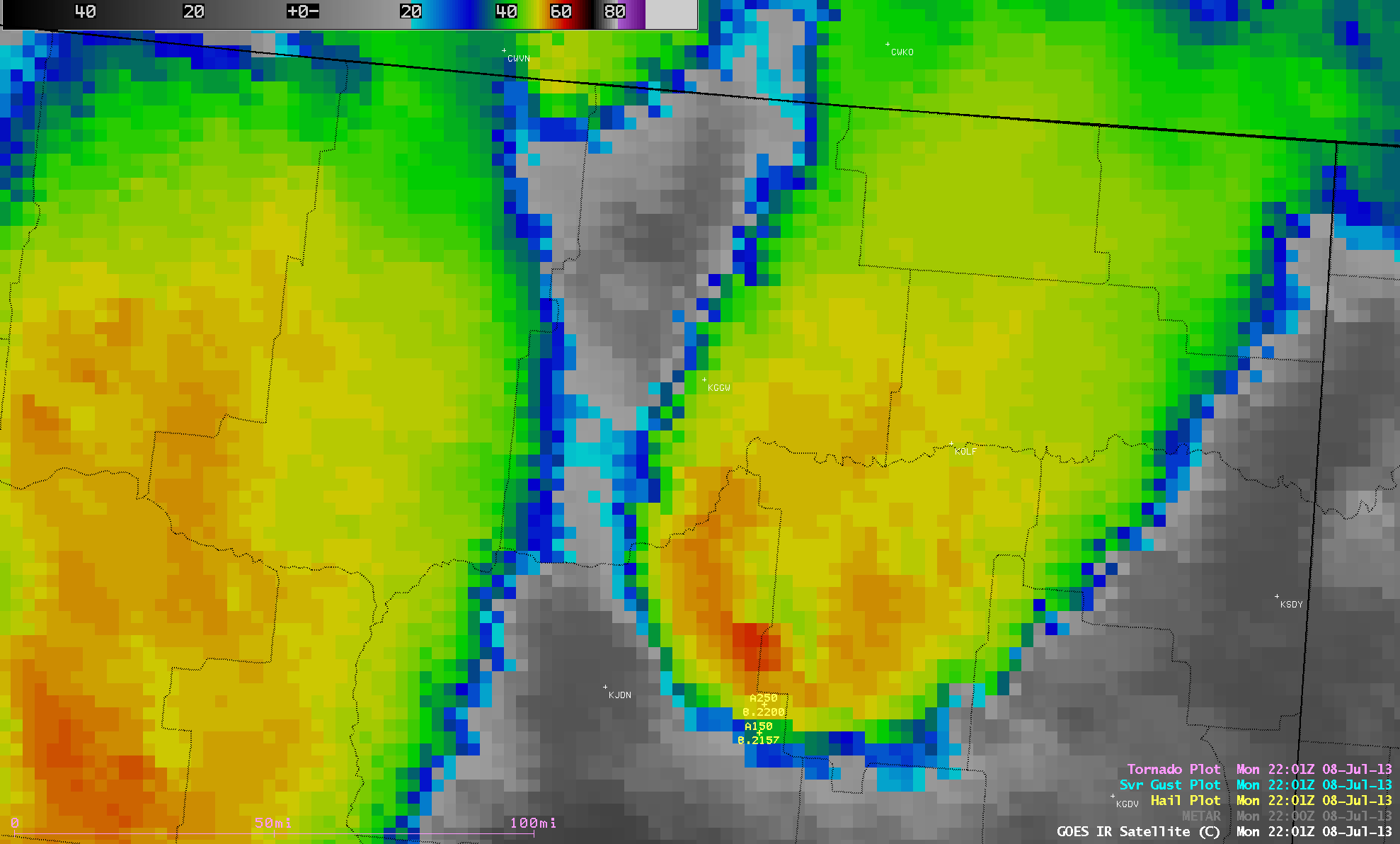 A comparison of the VIIRS IR image with the corresponding GOES-13 IR image (below) demonstrated the advantages of using polar-orbiter satellite date for severe storm identification: (1) with higher spatial resolution, severe storm signatures such as the “enhanced-V” are much better defined, and (2) there is minimal “parallax shift” associated with the large viewing angle from geostationary satellites positioned over the Equator.

A comparison of before (04 July) and after (10 July) 250-meter resolution MODIS true-color Red/Green/Blue (RGB) images from the SSEC MODIS Today site (below; displayed using Google Earth) revealed the extensive hail damage swath that was located from the north and northeast to the east and southeast  of Jordan, Montana (yellow arrows). At its widest point in far southern McCone county, the hail swath appeared to be at least 10-12 km (6-7 miles) wide.